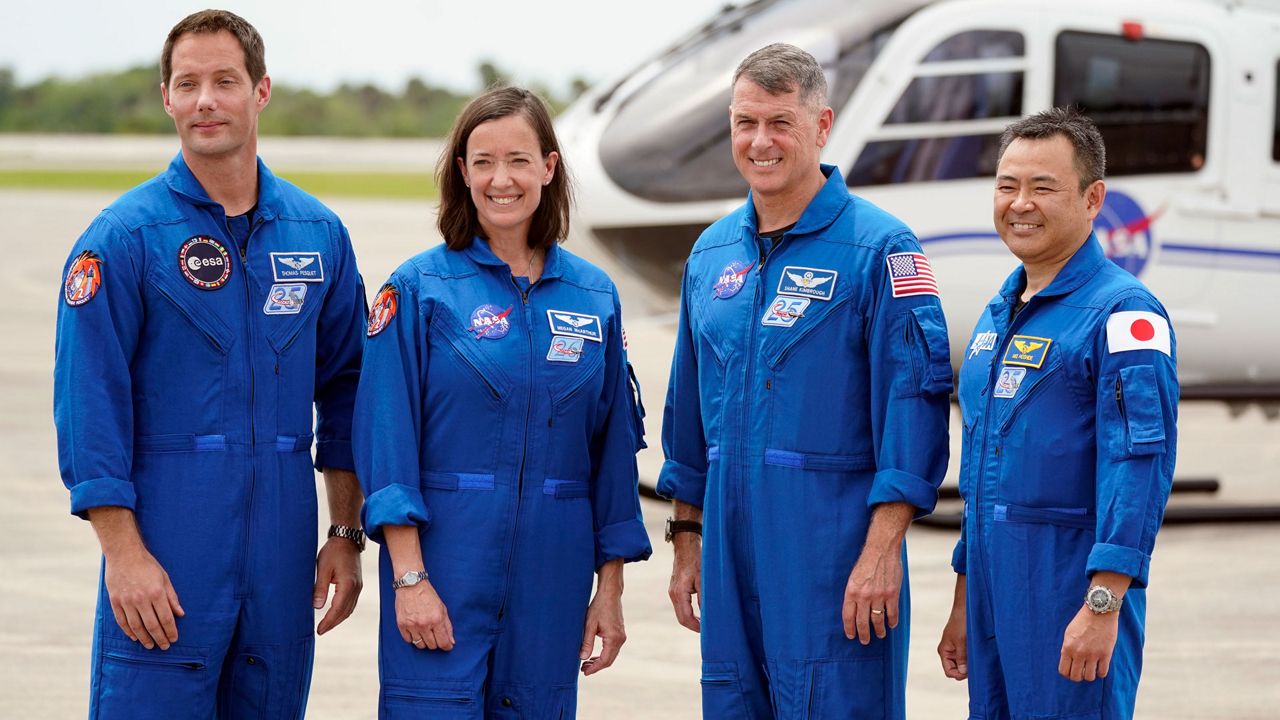 KENNEDY SPACE CENTER, Fla. — SpaceX has the go-ahead to send its next crew to the International Space Station, and they're now at the Kennedy Space Center.


NASA and SpaceX conducted a flight readiness review Thursday and decided to move forward with the Crew-2 mission launch on Thursday, April 22 at 6:11 a.m.

SpaceX and NASA said there was one issue that needed to be worked through, a possible oxygen loading error, but they were ready to proceed.

"We are really excited and ready to go," said Crew-2 Commander Shane Kimbrough.

Kimbrough says the team made many adjustments during the pandemic to train for their six-month mission to the ISS.

"It's really a testament to the training teams at centers around the world that have adapted, even travel to train us has been a challenge, but it all worked out," Kimbrough said.

McArthur hasn't flown to space in 10 years, and it will be her first visit to the ISS.

"Getting to stay in space long duration is something new for me," said McArthur. "I think it will be like visiting a country on a business trip, then moving there long term."

This is also the first trip to the Kennedy Space Center for Pesquet.

"I've been an astronaut for more than 10 years, kind of a veteran, and yet I'm discovering everything here, it's all new to me, the place and the people that made the space shuttle program go," said Pesquet.

Hoshide, meanwhile, is a spaceflight veteran who will become the second Japanese astronaut to command the space station.

"It's an honor to be part of this team, looking forward to a great flight and great mission," Hoshide said.

The four-person team will launch in a Dragon Crew capsule atop a SpaceX Falcon 9 rocket from Launch Pad 39-A at the Kennedy Space Center.

This is SpaceX's second regular rotation launch to the ISS, and its third overall crew launch as part of the Commercial Crew Program.

This launch also makes history as the first to include two international partners onboard for the launch. Astronauts from the European Space Agency and the Japan Aerospace Exploration Agency will make their first launches aboard a SpaceX vehicle.

The Falcon 9 rocket will be rolled out to the launch pad in the next day or so, with plans for a static test fire Saturday.