JAXA's Akihiko Hoshide got to visit Kennedy Space Center as a kid. Now he's back in Florida, three decades later, for a launch to the International Space Station on board the SpaceX Crew Dragon spacecraft. (NASA)

The Japanese astronaut was on the International Space Station when the Dragon cargo capsule made its first supply mission in 2012.

Now Hoshide and three other astronauts will be the "cargo" for the next SpaceX mission to the ISS, targeted for Thursday, April 22.

“It is different,” Hoshide told Spectrum News. “The look inside, it looks very simple, not a whole lot of switches and valves that we manually work on. And the design is different, the operation concept is different as well. It’s exciting to fly on this vehicle."

Hoshide learned to love flying from a young age.

Born in Tokyo, he spent four years as a child in New Jersey. It's here in America where he got the idea to become an astronaut.

"At that time my dad took me down to Kennedy Space Center,” said Hoshide, “Saw some rockets, not a launch, but looking at rockets and so that kind of started my thinking of hey, 'wouldn't it be cool to go to space' and that just started the whole thing."

Some three decades later, Hoshide was back in Florida, this time launching on space shuttle Discovery in 2008. His crew delivered the massive Kibo Japanese laboratory to the International Space Station. 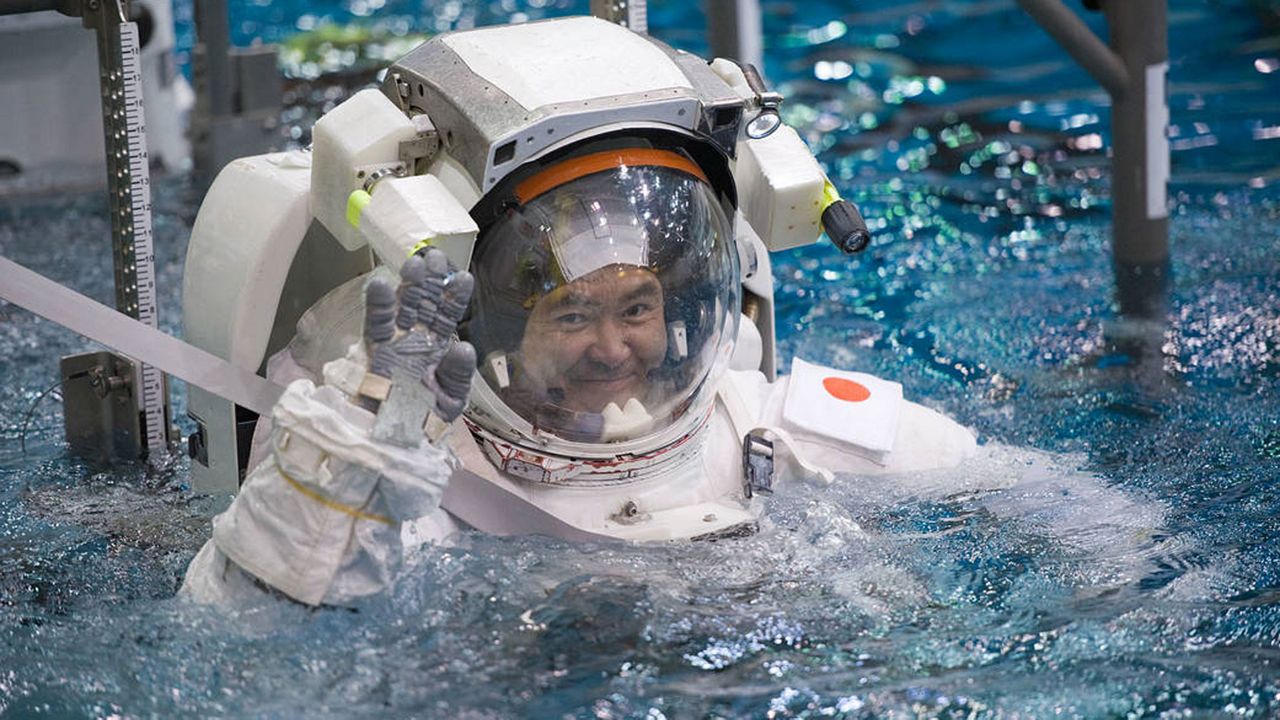 JAXA astronaut Akihiko Hoshide trains in NASA's Neutral Buoyancy Laboratory in January 2012, before taking part in Expedition 32 on board a Soyuz spacecraft. (NASA)

Hoshide came back to Florida in 2014, but instead of launching, he dove into the waters off the Florida Keys, spending nine days living and working underwater at a research habitat.

It's there where he first got to work with his soon-to-be SpaceX crewmate, Thomas Pesquet.

"We were joking then wouldn't it be fun to fly to space together and now that dream is going to come true," he said.

Hoshide is getting ready for that next dream come true in Florida, launching on the SpaceX Crew Dragon.

"I think it's a new era and hopefully in the near future it opens up a door for the general public to fly to space," he said.

During some of their 6 month stay at the ISS, Hoshide will serve as commander of the space station.

He says besides his visit to the Kennedy Space Center as a child, science fiction like Star Trek and Star Wars helped propel that passion.