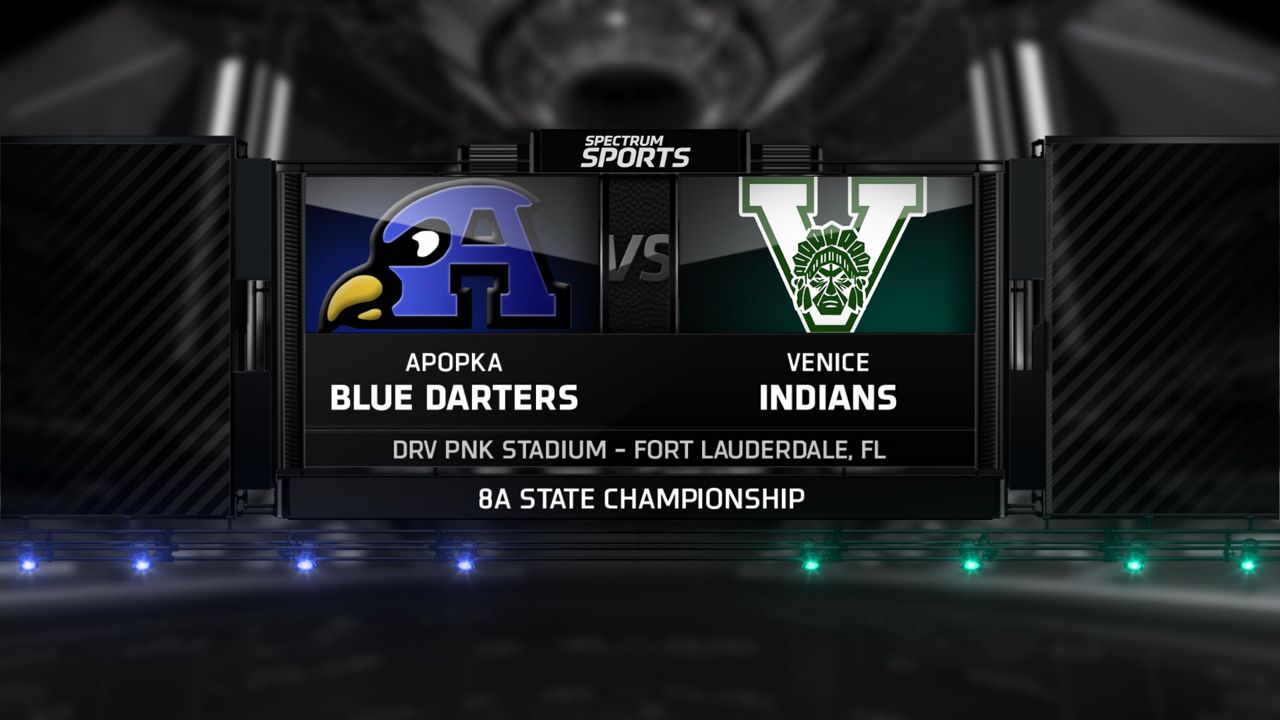 Two of Florida's most consistent contenders clash in the championship game of the state's largest classification. Apopka has made the playoffs every year since 2000. The impressive 22-season streak now includes the program making their sixth title game appearance in program history in 2021. The Blue Darters have already captured state championships in 2001, 2012 and 2014, and finished as state runner-up in 2019. During their current eight-game winning streak, they've allowed six or fewer points in seven of their wins, including a 21-0 victory in the 8A Semifinals vs. Treasure Coast. Venice's postseason streak has now stretched to ten years, with the Indians last missing the playoffs in 2011. For the sixth straight season, the program advanced to at least the Region Finals. John Peacock's squad now has the opportunity to collect their third state title overall, and second in the past five seasons.

The 5A title game features one of the state's best programs of the past decade against a program trying to reclaim the glory they achieved decades ago. No program has won more state titles since 2010 than Miami Central. The Rockets are 7-time state champions, all within the past 11 seasons. With a win, the perennial power would set a new Dade County record for most championships. Merritt Island won a thriller over Sebring in the 5A Semifinals, advancing to the championship game thanks to a last-minute field goal by Brady Denaburg. It clinched the Mustangs' first title game appearance since 1989. Now the program hopes to bring home to Brevard County their fourth state title, and their first championship since 1979.