Thomas Pesquet will become the first European Space Agency astronaut on a commercial crew spacecraft, but this won't be his first time on the ISS. (NASA)

KENNEDY SPACE CENTER, Fla. — What started out as a cardboard spaceship and some encouragement from his parents became a real-world career for Thomas Pesquet, one of France's most famous astronauts.

“It was very remote for me because I was a small kid from a small town, and no link whatsoever to aerospace in general," Pesquet told Spectrum News.

Pesquet became an engineer and pilot, and in 2016, he traded that cardboard spaceship in for a Soyuz rocket and a stay at the International Space Station, conducting science experiments and spacewalks.

I wish everyone a fantastic 2018 ! Life is not always easy but we all have our dreams. Mine started in a cardboard spacecraft many years ago and carried me to the ISS! Let’s remember our childhood dreams and work to achieve them in 2018 !! 🎯 pic.twitter.com/sw6XZ00iYJ

“Just getting the view of the Earth is also something I've been missing, because you can't get tired of it, you cannot. It's just so fantastic and it's so diverse, every time you look it's different,” Pesquet said.

But he won't be missing those views for much longer. Thomas is ready for his first launch from American soil, on a SpaceX Crew Dragon spacecraft.

Pesquet is athletic to say the least. He enjoys mountain climbing, scuba diving, and he even has a black belt in Judo. At the ISS, exercise and spacewalks will have to suffice.

He promises to bring more food from French chefs like he did during his previous stay at the ISS. 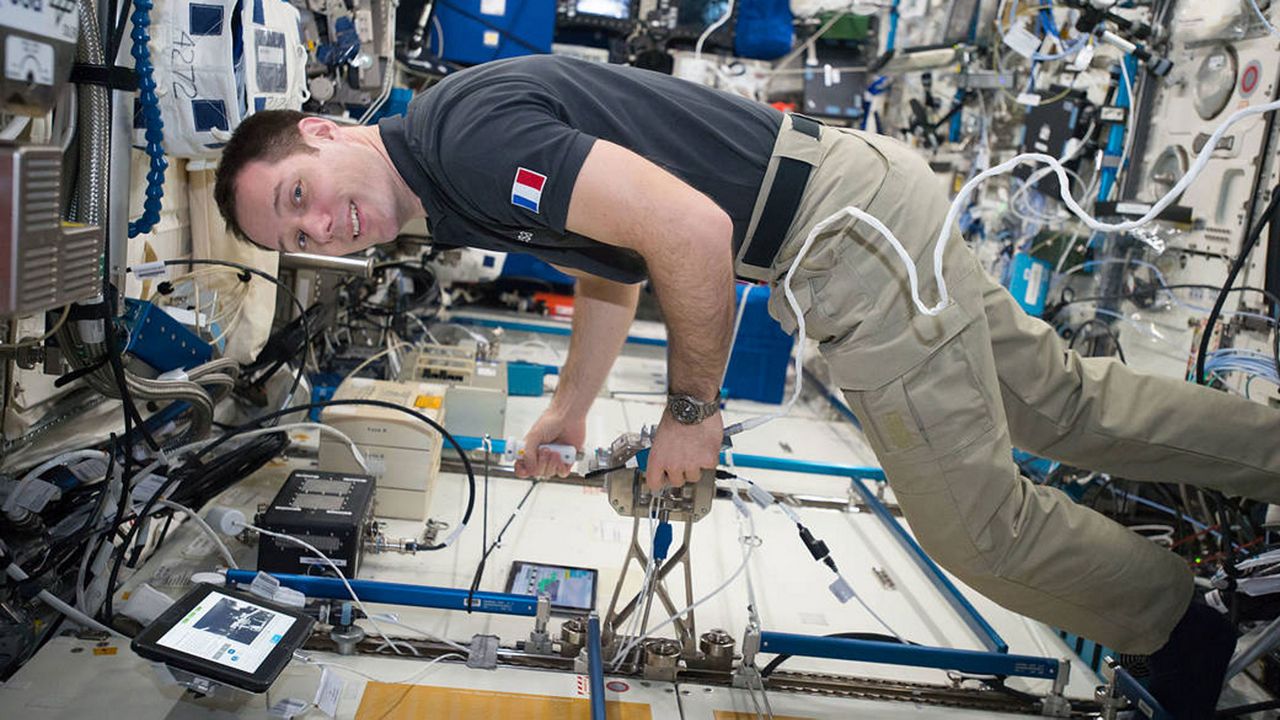 Thomas Pesquet first went to the ISS in 2016 on board a Soyuz spacecraft. He spent several months in space with mission commander Shane Kimbrough. (NASA)

After 12 years as an astronaut with the European Space Agency, Thomas shows no signs of slowing down after this mission. He's already got his sights set on the Moon or Mars.

“Hopefully I can be a part of this. I don't know if I'm going to be on one of these missions, but in some capacity or another (I’d like to be involved)," Pesquet said.

Pesquet said having a sense of humor is key in this high stakes career. Luckily his three crew mates all like to joke around when they can.

SpaceX will launch the Crew-2 mission onboard a Falcon 9 rocket from Launch Pad 39-A at Kennedy Space Center. The targeted launch date is Thursday, April 22 at 6:11 a.m. Learn more about the mission on the NASA website.