Megan McArthur, part of the final mission to fix the Hubble Space Telescope, has received some advice on what to expect on Crew Dragon, from her husband, Bob Behnken, one of the first 2 astronauts to test the SpaceX Crew Dragon spacecraft. (NASA)

KENNEDY SPACE CENTER, Fla. — Last year it was Bob Behnken who made history, one of a pair of astronauts to first test the SpaceX Crew Dragon spacecraft.

Now it's time for Behnken's wife, Megan McArthur, to make history, becoming the first female pilot of the Crew Dragon.


"When he launched, I had just found out I was going to be flying on this mission, so I did, of course, watch very closely," McArthur told Spectrum News.

A military brat, McArthur was always interested in flying. She studied aerospace engineering at UCLA.

But instead of going up, she went down, going to graduate school for oceanography.

“We're not suited to survive underwater really any better than we are to survive in outer space,” McArthur explained. “So we use technology to explore both of those environments and sort of push the boundaries of what we know."

Her background made her a natural fit at NASA. She was selected as a member of the astronaut class of 2000. Also in her class, her future husband.

In 2009, she flew to space as a part of the final mission to fix the Hubble Space Telescope. Her job was to use the robotic arm to capture the telescope. Using the robotic arm, she's the last person to ever “touch” Hubble.

I love being a part of the Hubble Hugger family! Every bit of what I learned on that mission informs my preparation for this next mission. https://t.co/9kGaNwAirr pic.twitter.com/hzhK7TSXe5

Now McArthur is ready for her next ride to space.

"My understanding is the ride is going to be a lot smoother, so I'm looking forward to that,” McArthur said. “I still think it's going to be fairly impressive." 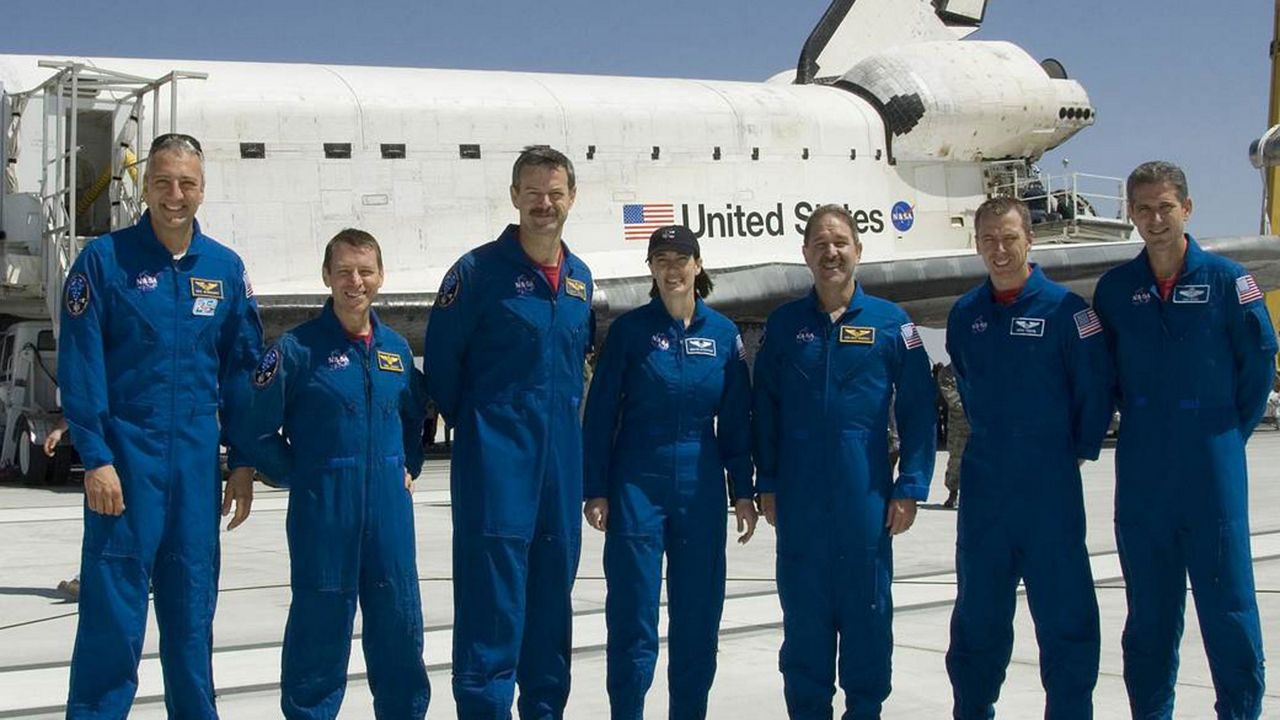 On Megan McArthur's last mission for NASA, she became the last person to "touch" Hubble when used a robotic arm to capture the Hubble telescope, but on this mission, she will be the 1st female pilot of the Crew Dragon. (NASA).

She's been training for the countless experiments she'll be conducting while at the International Space Station with the help of NASA, SpaceX and, of course, her husband.

“We've talked also about life on space station and kind of how you manage that and stay focused and stay energized," McArthur said.

It'll be difficult, she said, leaving her husband and son but worth it to continue her goal of exploring.

“They are very excited for me, they know I've been looking forward to doing this for a long time, and it's important for me," McArthur said.

Two weeks after Behnken’s splashdown in the Gulf of Mexico, McArthur said he took over house duty.

He’ll be on house duty until McArthur returns back to Earth in the fall.

SpaceX will launch the Crew-2 mission onboard a Falcon 9 rocket from Launch Pad 39-A at Kennedy Space Center. The targeted launch date is Thursday, April 22 at 6:11 a.m. Learn more about the mission on the NASA website.