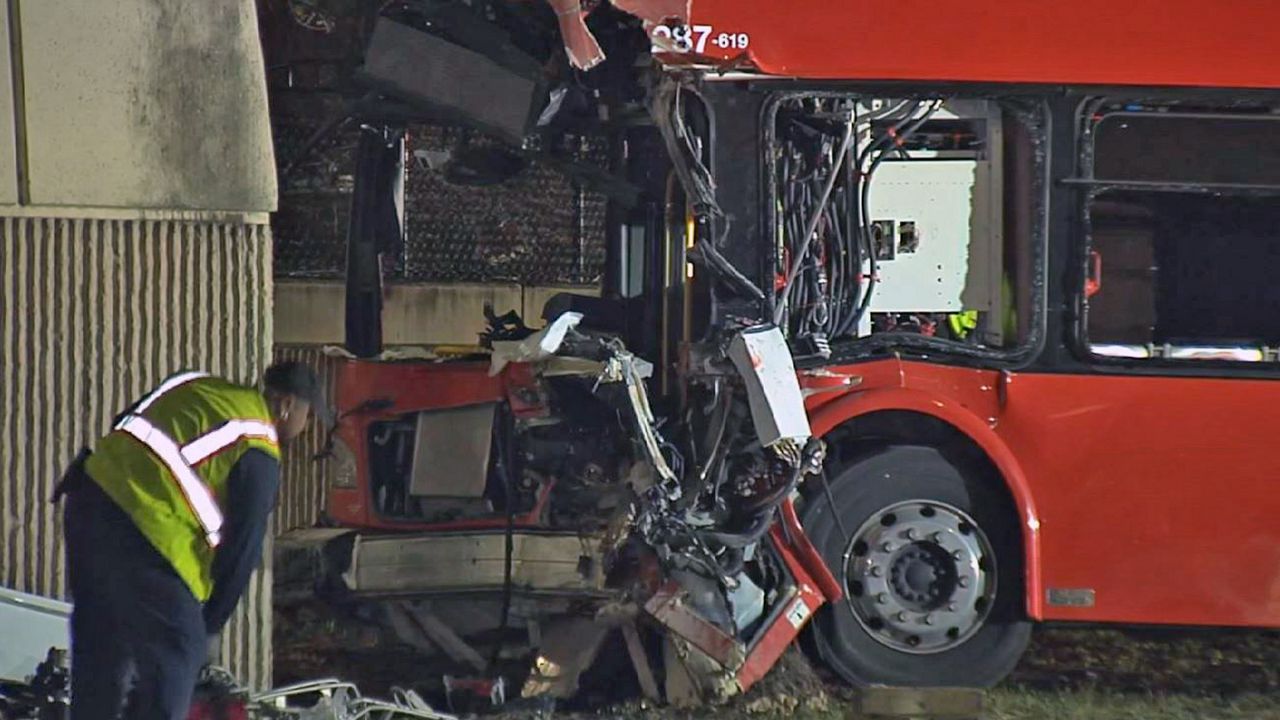 1 of 4
According to a witness, an unknown number of people were hurt after a Lynx bus and a car crashed into each other. (Derrick King/Spectrum News 13) 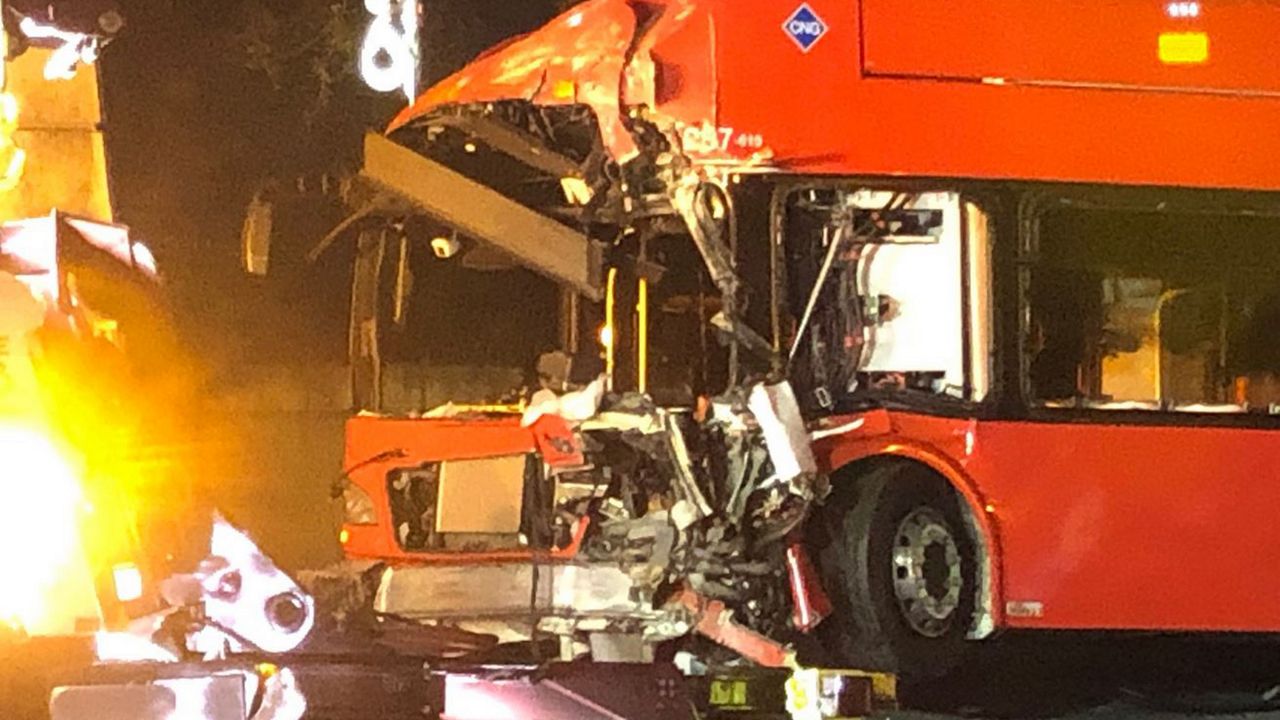 2 of 4
Authorities do not know what caused a crash between a Lynx bus and a car on Friday morning, January 31, 2020. (Jeff Allen/Spectrum News 13) 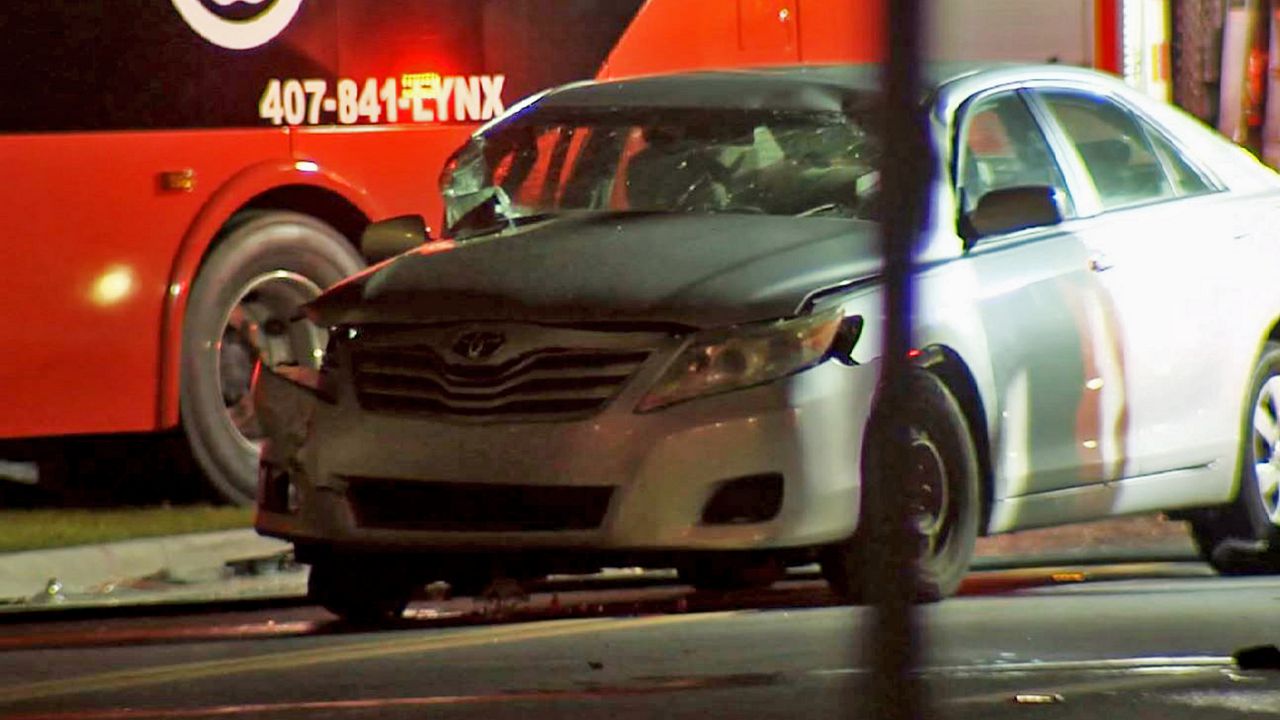 3 of 4
The driver of the car involved in crash with a Lynx bus was not hurt, says Orlando police on Friday morning, January 31, 2020. (Derrick King/Spectrum News 13) 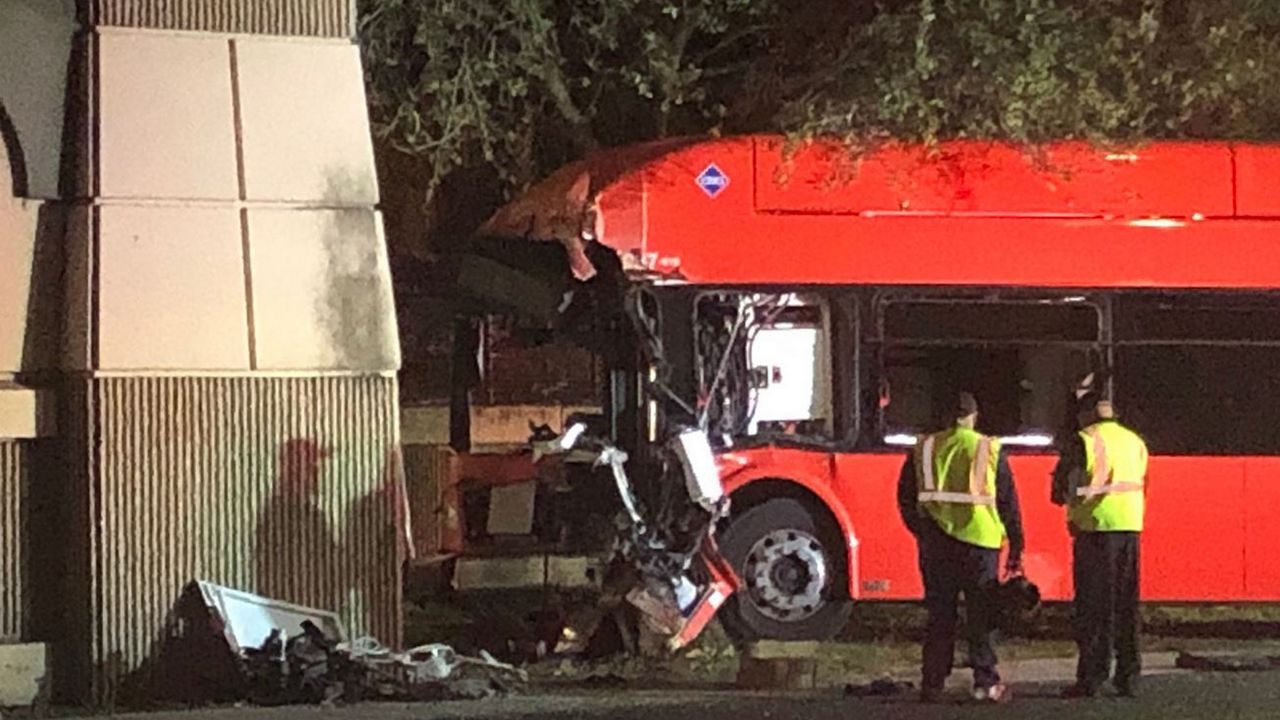 4 of 4
According to a witness, an unknown number of people were hurt after a Lynx bus and a car crashed into each other. (Jeff Allen/Spectrum News 13)

ORLANDO, Fla. — Police arrested a woman on DUI charges in connection with a crash involving a Lynx bus that injured several passengers and sent the bus driver to a hospital in critical condition early Friday morning.

Crash happened just before 2am.

Investigators say Gilliland's Toyota Camry had no headlights on and blew through a stop sign at Westmoreland Drive and Carter Street, striking the bus, which then traveled off the road and struck with a concrete wall supporting State Road 408.

The impact broke off a chunk of concrete from a support section of the S.R. 408 overpass.

Police say Gilliland smelled of alcohol and refused field sobriety tests unless she had legal counsel. She was taken to Orange County Jail.

UPDATE: @OrlandoPolice say they’ve arrested this woman -
who they say was driving the car that crashed into the Lynx bus - and charged her with DUI.

I’ll have the very latest on @MyNews13 at Noon. #News13Orange pic.twitter.com/Vkhvpk72WP

Vera Mason was doing early-morning cleaning at her home when she heard a violent crash.

"I heard a boom like somebody slammed on the brakes, and I was like, 'That’s the bus' — I literally just saw the bus ride by," she said.

Orlando Police say video from a city-operated camera shows a Toyota Camry going through a stop sign on Carter Street and crashing into the Lynx bus, causing it to crash into the concrete support.

Mason rushed onto the bus.

"They’re pulling people off the bus... So I get on the bus, and the driver was pinned, and it was an accident, and they were laid out on the ground," she said. "I’m like (to first-responders), 'You all need to get here.' "

Crews have towed the car involved in this crash, and they’re now working to tow the Lynx bus.

A witness says she ran to the scene right after the crash to help the @lynxbusorlando driver and passengers, who she says were seriously hurt. @MyNews13 #News13Orange pic.twitter.com/mNsI7DYGNi

Investigators say the Camry's driver, Amanda Gilliland, smelled like alcohol and had a mark on her hand from a nearby nightclub. Officers arrested Gilliland and charged her with DUI.

Until paramedics could arrive, Mason tried to comfort five people who were riding on the bus, plus the bus driver, who was in bad shape.

Police said five passengers were taken to a hospital with serious injuries. The bus driver, however, was in critical condition.

As for the structural integrity of the State Road 408 support column, the Florida Department of Transportation tells Spectrum News 13 that crews who gave it an initial assessment said the overpass is safe for travel.

A witness says she jumped on the bus right after crash happened to help the driver of the @lynxbusorlando driver and passengers who she says had serious injuries.

You’ll hear from her beginning at 5am on @MyNews13 #News13Orange pic.twitter.com/9qXyfu06cB