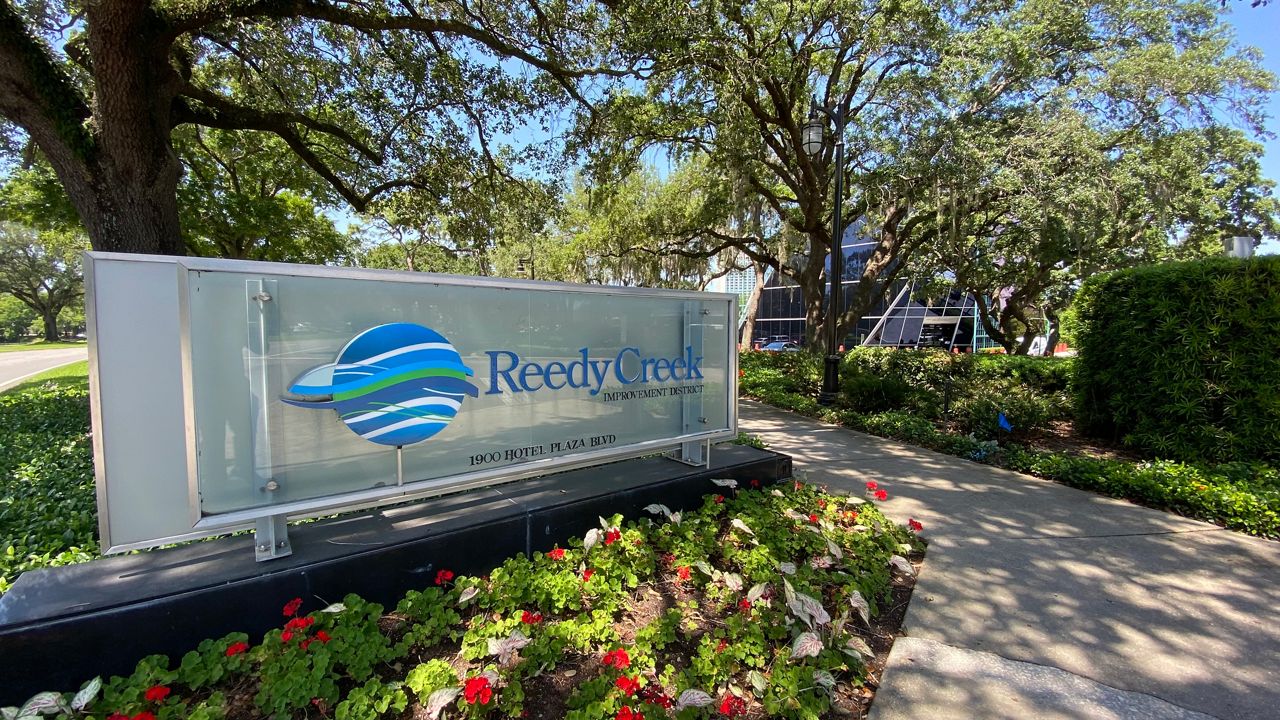 The Florida Legislature approved a bill that would strip 6 special districts of their authority in 2023, including the Reedy Creek Improvement District, which covers the Walt Disney World Resort. (Spectrum News/Will Robinson-Smith)

TALLAHASSEE, Fla. — Florida Gov. Ron DeSantis on Friday signed legislation that will strip the Walt Disney World Resort and five other special districts in Florida of their self-governing powers.

The bill, which the Florida Senate approved 23-16, gives the special districts until June 1, 2023 to apply for them to be reinstated before the dissolutions go into effect.

The signing came at the end of a news conference in Hialeah that mostly addressed the signing of legislation banning the teaching of Critical Race Theory in schools.

Before signing the special districts measure, DeSantis also discussed a connection between Disney indicating that it would work to overturn the Parental Rights in Education legislation, called by critics the "Don't Say Gay" bill, and the special districts bill. He said he could not support the company's agenda.

"I'm not comfortable having that type of agenda get special treatment in my state," DeSantis said. "So the bill here sets the marker."

In response to concerns about the effects dissolution of the Reedy Creek Improvement District would have, DeSantis said, "They (Reedy Creek) do have services, utilities. We're going to take care of that. Don't worry. We have everything all thought out. Don't let anyone tell you that Disney is going to get a tax cut out of this. They are going to pay more taxes because of this."

The governor also announced that he had signed a change in Florida's Big Tech law approved in 2021, eliminating an exception that excluded social media platforms of companies that also own or operate a Florida theme park or entertainment complex from a law that permits fines when candidates are blocked from using their accounts for more than 14 days. Fines can be as much as $250,000 daily for statewide office or $25,000 for local elections.

DeSantis announced Tuesday the legislature would take up special districts and a change to the social media law, just as the special legislative session that originally was designed to approve the new congressional map was about to begin.

The move came as a surprise to most legislators, but as the week unfolded, the debate fell largely along party lines, with the House version passing 70-38. The votes on Thursday took place without a final debate.

The bill targets six special districts in Florida that were established prior to 1968. The sponsor of the House version of bill, Florida State Rep. Randy Fine (R-Brevard), said that the following districts were not in compliance with the state’s constitution:

Democrats in the legislature have argued that the legislation was brought about as a result of Disney speaking out against the Parental Rights in Education law, dubbed “Don’t Say Gay” by critics.

During a debate earlier in the week, in response to a question from Florida Rep. Carlos Guillermo Smith (D-Orlando), Fine argued that his bill was not retaliation for comments from Disney Chief Executive Officer Bob Chapek, but it was not unrelated either.

“When you poke the bear, or you kick the bee’s nest, sometimes issues come out,” Fine said. “And I think when the bee’s nest got kicked, based on a how a guest in our state chose to comport itself, I think what ended up happening is the idea of special districts were taken a look at.”

“And people realized that there were 133 special districts that were created before 1968 — 127 of them had updated themselves to be compliant with the state constitution. Six had not,” said Fine.

Fine, who also co-sponsored the Parental Rights in Education legislation, has used strong language when it comes to Disney and its response to the law. In a March 30 Facebook post, Fine stated:

Now that the governor has signed the legislation, leaders in Orange and Osceola counties are studying the issue to determine what should be done next and how this may impact them.

The Osceola County government “will begin an analysis to understand the impacts in preparation for this going into effect, including evaluating any shifts in cost to Osceola as a result,” a spokesperson said.

Orange County Tax Collector Scott Randolph said that if the special Reedy Creek district were to be dissolved, that would likely mean a $163 million obligation for Orange County, noting that Reedy Creek collects about $105 million in general revenue for operation services and has roughly $53 million per year in debt obligations.

Currently, Reedy Creek handles a number of services that impact the Walt Disney World Resort, like fire and police services, along with water and sewer. Reedy Creek Professional Firefighters Association President John Shirey said they too are unclear on what would happen with them if the district were to be dissolved.

“This situation developed so quickly that it was a little surprising, but we’re not too concerned with the politics of it all,” Shirey said. “We just want all of our friends in the legislature that supported us and have been very good to us over the years to just remember us as part of the process that we’re going through right now.”

Disney has not yet issued a public statement about what has transpired over the past week. The legislation goes into effect in June 2023. The six districts affected have until then to reach out to the state legislature to work out a way for them to not be dissolved.