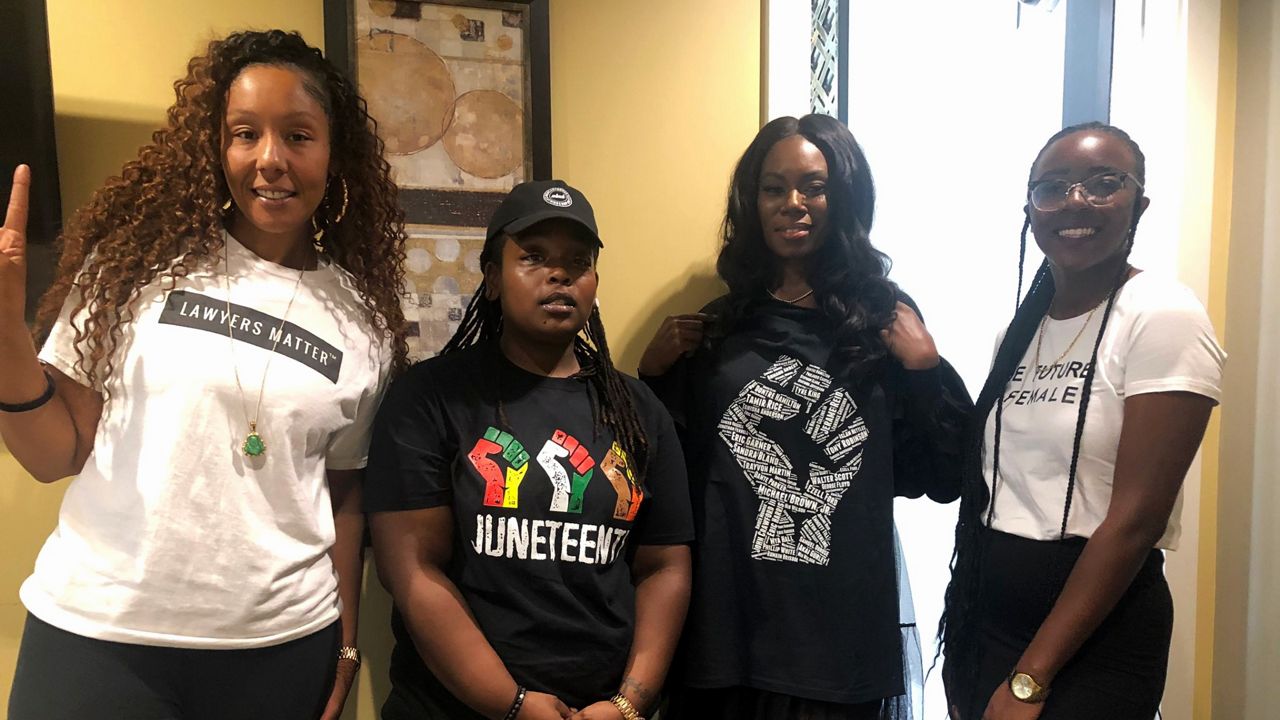 Attorney Shannon Ligon, who was involved in the Trayvon Martin case, founded a nonprofit to help families who have lost loved ones to police brutality. It’s a cause she believes is all about protecting civil rights.

As an attorney, Ligon has helped many families during their most vulnerable times.

“I saw how instrumental lawyers were not only in civil rights field, but really trying to be the instruments of change,” Ligon said.

Following George Floyd’s death, Ligon not only marched in the streets, but she also founded “Lawyers Matter Taskforce."

“That is why protesting is important, but that is why also safeguarding families and having the money and capital to sue these agencies is important,” Ligon said.

The nonprofit is drawing volunteers like Jai Yoko, who isn’t a lawyer. In fact her background is in music. For Yoko, the Black Lives Matter movement shows change can create community connections.

“Knowing we can all come together and this is just the start of it, this is a very powerful feeling,” Yoko shared.

It’s even bridging the gap between generations.

Jada Grisby, 23, who works at the Boys and Girls Club of Central Florida, became involved in Lawyers Matter after Ligon volunteered at the club.

Ligon says she first understood how crucial attorneys are after being involved in the Trayvon Martin case. She also speaks regularly with Attorney Benjamin Crump, who represents George Floyd’s family.

She says support within the African American attorney community is crucial, especially during this time.