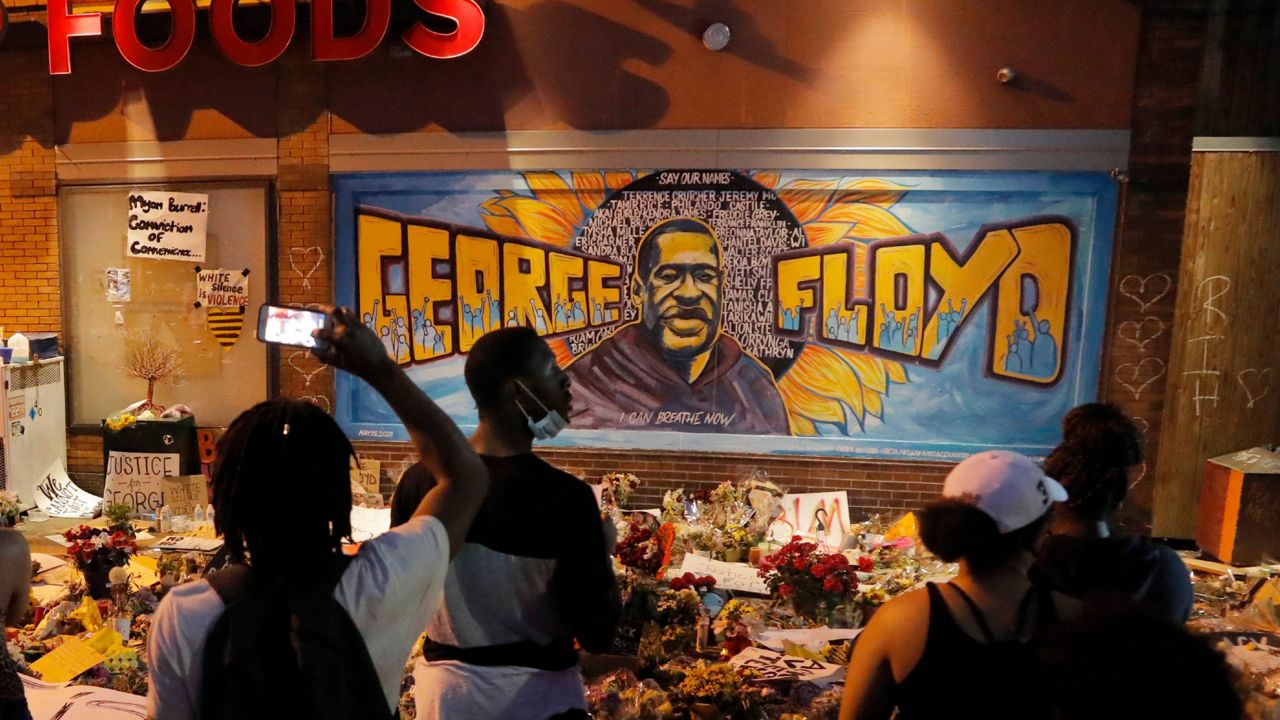 Photo of a memorial made to honor George Floyd, a Black man who was killed after a police officer kneeled on his neck. (AP Photo)

ORLANDO, Fla. — George Floyd’s life and death have changed the world. Millions across the globe have come together to unite against black inequality.

From country to country, to right here in Central Florida, the message is clear: Black lives matter.

Julien Maynard, President of FAMU’s College of Law Student Bar Association, became emotional when remembering what it was like to watch the video showing a former Minneapolis police officer kneeling on Floyd’s neck.

George Floyd's life and death have changed the world. I spoke w/@ReginaHillFL and 2 @FAMULaw students on how to keep the momentum of #BLM movement going and what they believe will create permanent positive change. My story airs at 5 PM on @MyNews13 pic.twitter.com/pkW77eUxhq

Maynard believes younger generations, including his own, must keep the conversation going. Not only to participate in peaceful protests but to empower themselves to be a vehicle for change.

“It’s extremely important that we go on to get our degrees so we can fight these injustices in the legislature and in the courtroom and in our city councils,” Maynard said.

Orlando Commissioner Regina Hill is calling on her fellow leaders to listen and fight for funding quality education, affordable housing, and living wages.

She’s said she advocating for it “so we can do something we have not done, and that is equal the playing field for our black and brown communities, which are low-income communities.”

“We need to push our government leaders and we need to be talking to our representatives. Until that change in the government occurs, nothing will change,” she said.

Maynard, Hill, and Hines believe everything will change — if people continue to move forward with the message of this movement.