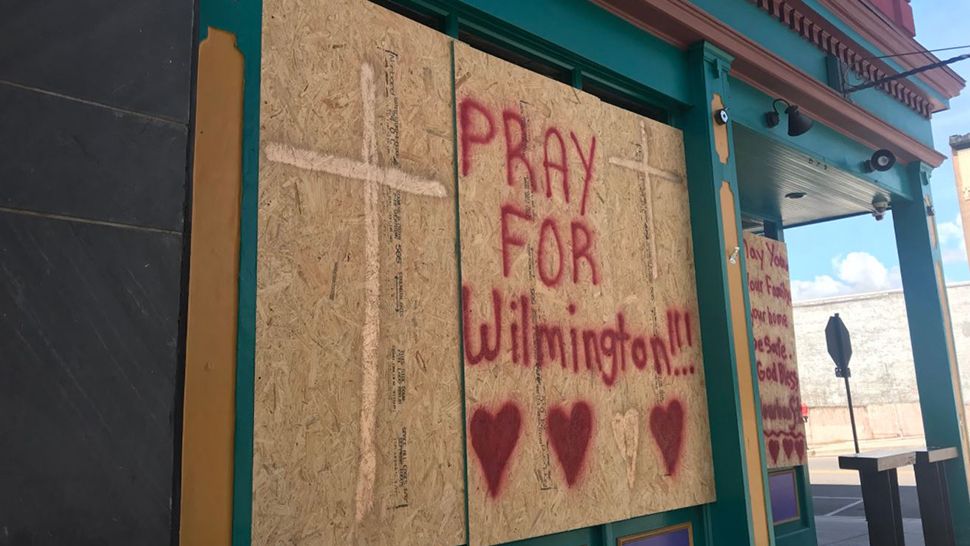 1 of 3
Wilmington, N.C., businesses boarded up in downtown before the arrival of Hurricane Florence. (Greg Pallone, staff) 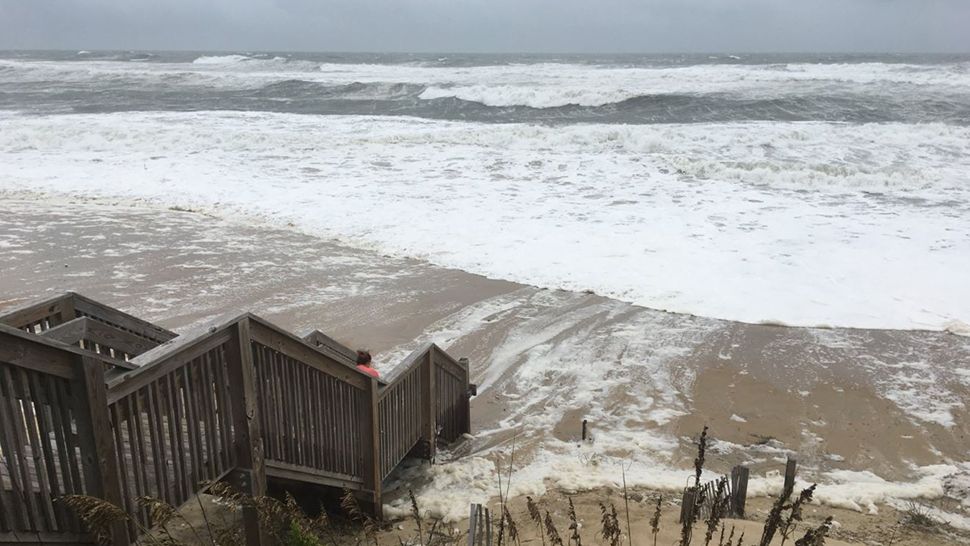 2 of 3
A shot from along the beachfront in Nags Head as the outer bands of Hurricane Florence arriving. (Kevin Frey, staff) 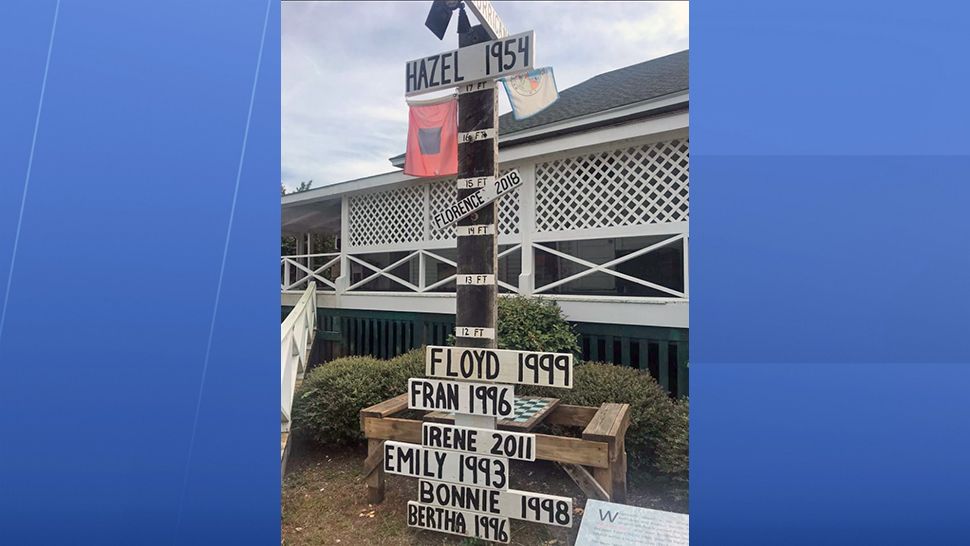 3 of 3
Wrightsville Beach Museum of History shows all hurricanes that have hit this area since Hazel in 1954 and a 17-foot storm surge. (Greg Pallone, staff)

Florence made landfall this morning around 7:15 a.m. near Wrightsville Beach.

This will be a long duration event of flooding rain, storm surge and very strong winds over a widespread area. Already rainfall amounts of 8 to 10 inches or more have been estimated by radar.

A Flash Flood Emergency was issued for portions of eastern North Carolina Friday with already some locations exceeding a foot of rain.

Florence contains maximum sustained winds of 65 mph. Slight weakening of top winds will continue this overnight as it sits over land, but a lot of rain continues to fall.

Florence is moving slowly forward, to the west-southwest at 5mph. Tropical Storm force winds extend outward up to 175 miles. The minimum central pressure is 980 mb.

Swells generated by Florence have been impacting the southeastern US, including Florida, and will continue to do so into the weekend.  While wave heights will start to drop, a high risk of rip currents will prevail.

The following watches and warnings have been posted:

A storm surge warning is in effect for:

A tropical storm warning is in effect for:

As the storm continues inland, Florence is projected slowly track west-southwest across the Carolinas, where it will pose a significant flood threat due to the incredible amount of rainfall forecasted.

Some areas could exceed 30 to 40 inches of rain from the storm.

Elsewhere in the tropics, Isaac was downgraded to a depression Friday morning, but has now strengthened back to a tropical storm in the eastern Caribbean Sea. Maximum sustained winds are down to 40 mph.

The latest forecast shows weakening again as it moves west over open water. The long-term forecast remains uncertain for Isaac as it continues to encounter unfavorable tropical conditions.

All tropical storm watches and warnings have been discontinued for the Lesser Antilles.

Helene remains a tropical storm, roughly 520 miles west-southwest of the Azores. This storm will not threaten the United States, but a Tropical Storm Warning continues for all of the Azores islands.

Helene will impact these islands with rain and wind from late Saturday into Sunday.

Tropical Storm Joyce remains out to sea in the north central Atlantic, 1040 miles west-southwest of the Azores.

With winds of 50 mph, this storm will stay over open waters and will become post-tropical by early next week.

Finally, the disorganized area of low pressure over the western Gulf of Mexico has a low likelihood of development, but will still bring rain to parts of south Texas this weekend.

The next name on the list is Kirk. Hurricane season runs through Nov. 30.