Central Florida passes the coolest point of the year

If you're a fan of the Florida winter season, well, we are now passing the coolest point of the year, and temperatures will continue to warm up.

Of course, there can be chilly days beyond the middle of January, but the coldest point of the year, climatologically, is now behind us.

Orlando's average high temperature is at its coolest point from Jan. 11 through Jan. 14, when the average high dips briefly to 71 degrees.

After Jan. 14, the average high jumps back to 72 degrees. By the end of the month, it goes up to 73 degrees and continues its upward climb. 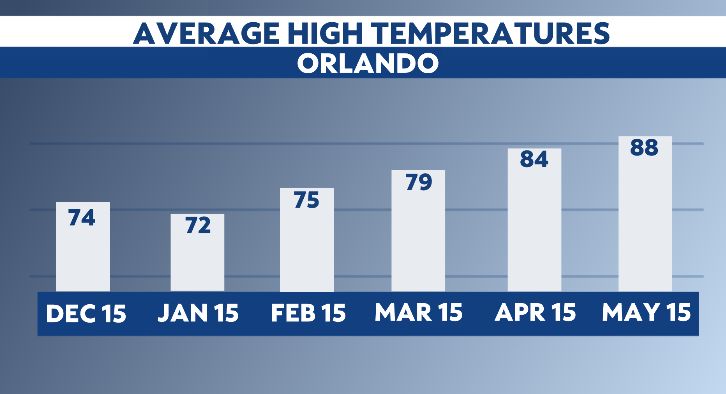 Meanwhile, low temperatures in the City Beautiful reach their lowest average at 49 degrees. This runs a little longer compared to the coolest average high temperature in Orlando.

The average low of 49 degrees stretches from Jan. 7 through Jan. 21. By the end of the month, the average low reaches 50 degrees.

So if you're a fan of the cooler temperatures and lower humidity, enjoy them while they last. As you know and as the records show, it will not be much longer until the hotter temperatures return. 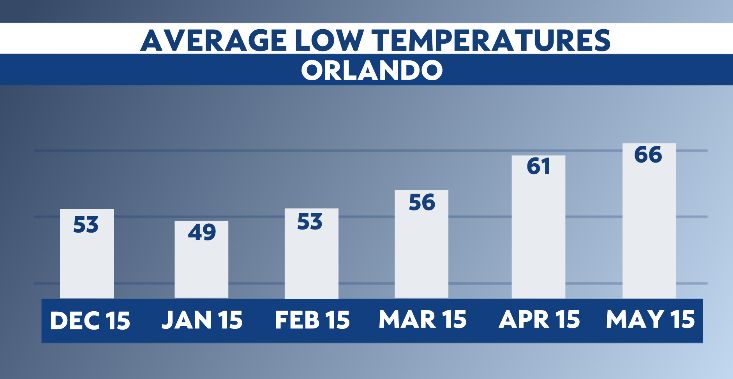