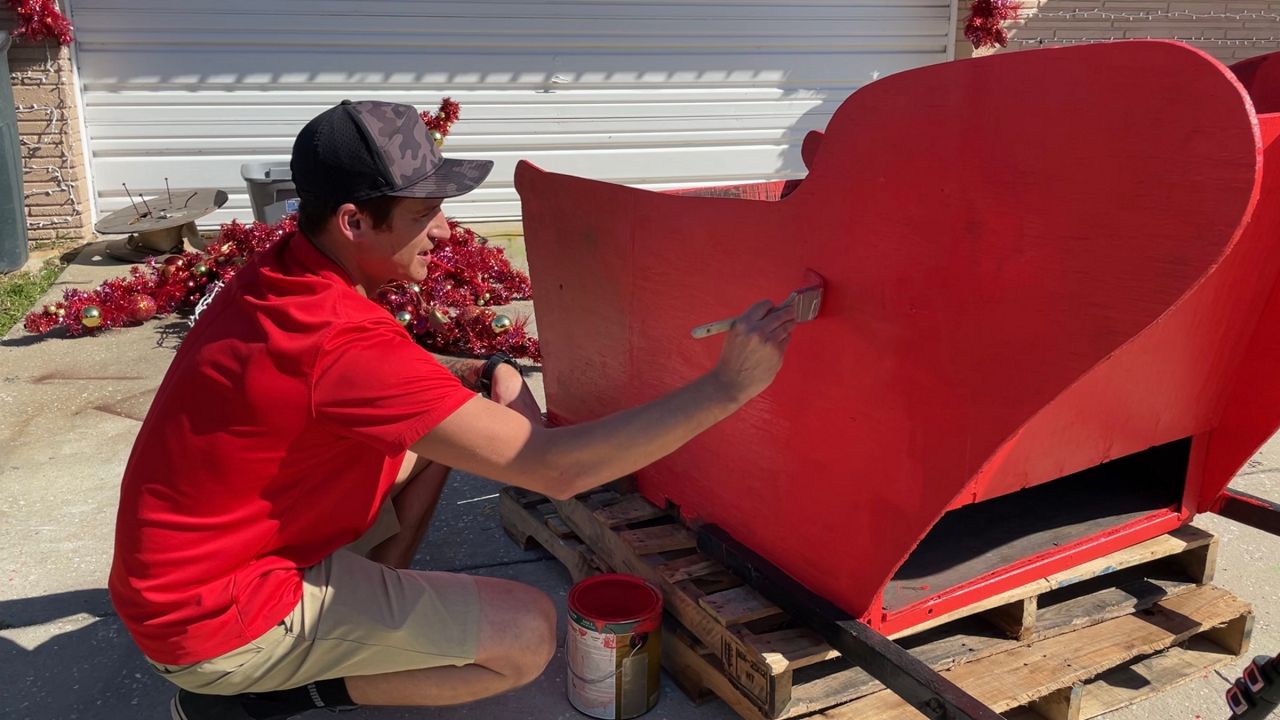 George Notaras said he will need to adjust in order to keep his holiday tradition going following an announcement made by Duke Energy and FPL stating they will increase rates again. (Spectrum News/Jesse Canales)

PORT ORANGE, Fla. — With all the Christmas lights and holiday decorations, electricity bills are typically higher during the holidays.

Starting this January, many Central Florida residents should expect to see their bills go even higher after Florida Public Service Commission (FPSC) approved another rate increase for Duke Energy and Florida Power and Light (FPL).

The FPSC meets each Fall to consider certain costs, including fuel, and how much it will be passed on to the customers in the upcoming year.

For George Notaras, a Port Orange resident, the increase in costs makes keeping up his holiday tradition a bigger challenge.

He began to extravagantly decorate his home with Christmas lights and decorations three years ago following a tragedy.

“My wife had a miscarriage and we were leading up into Christmas,” Notaras said.

It helped cheer up his wife and all the neighborhood children.

“The little kids ride by in their parents' cars and they’re hanging out the windows saying, ‘Go back! Go back!’ It’s one of the best feelings in the world,” he said.

Notaras switched to budget billing to avoid seeing a huge electricity bill this year.  He said it was something that came in handy after and he and his wife lost their service jobs following Hurricane Ian.

Even with the adjustments he made, he will still see a higher electricity bill after the holidays as the rate increases kick in.

It also won’t be the last rate increase, as companies can seek what’s known as "midcourse corrections" if its expenses are higher than expected.

The increase still won’t deter Notaras from keeping up the tradition.

“We’ll always do it. We always find a way,” he said. “Just like losing our jobs. We found a way.”

Ana Gibbs, a spokesperson for Duke Energy, said the increases will help the utility company after it was impacted by rising costs.

“The reason that the increase is happening is because it's mostly based on natural, and just general, fuel increases,” she said. “We adjust directly with how those fuel markets are moving.”

“We’re starting to get used to it,” Notaras said. “It seems like every time you budget something new in something else is going up.”

He said he hopes fuel expenses begin to lower next year so his bills may possibly lower too.

“I’d love it,” Notaras said. “I could possibly work a little less and stay home a little more.”

Duke Energy and FPL are providing its customers who are struggling financially with resources to help them pay their bills and keep their lights on at home.