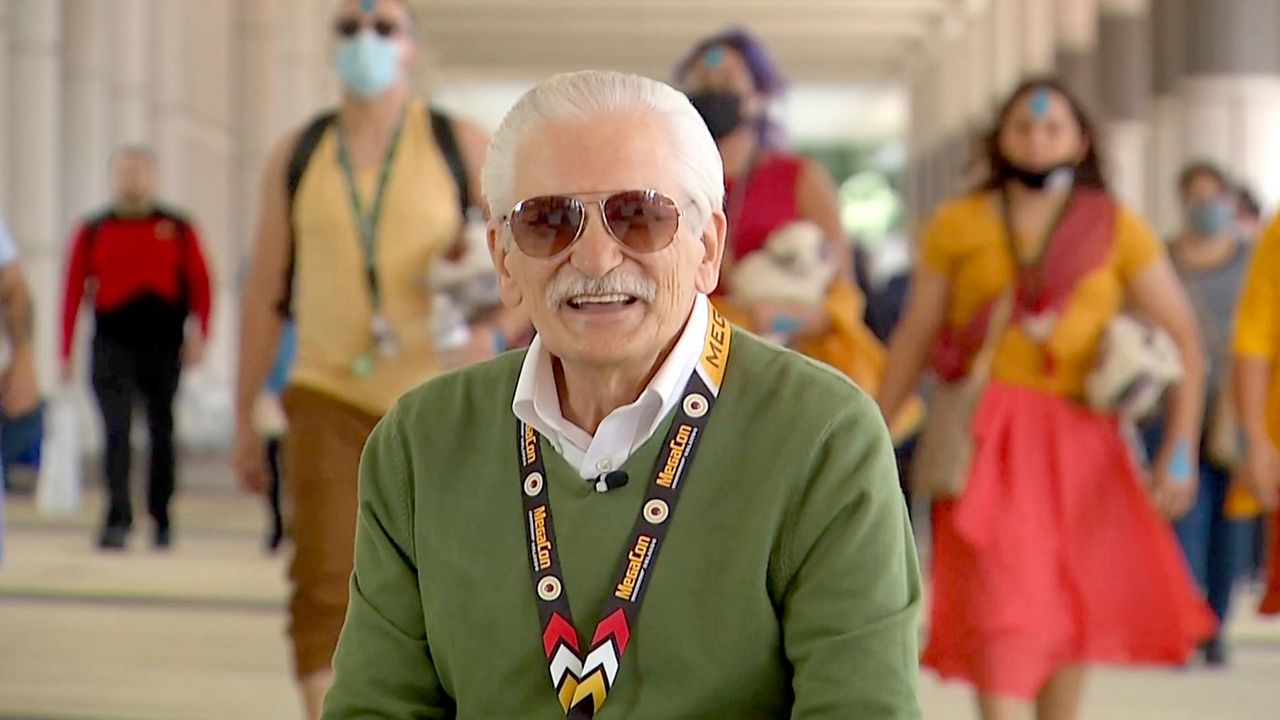 ORANGE COUNTY, Fla. — When it comes to building a costume for MegaCon, some artists take weeks, even months. But for Dan Gruden, it's just a matter of rolling out of bed.

His face is all too recognizable to MegaCon fans, eager to snap a photo, and he takes a lot of them in a day.

But it was actually his grandchildren who first pointed out his head-turning resemblance.

“Him my name is Dan and I'm a Stan Lee lookalike," Gruden said.

But if you ask him, he says he didn't see the resemblance at first.

“I don't see Stan Lee when I look in the mirror, but everyone was telling me I looked like Stan Lee. So, I guess I look like Stan Lee," Gruden said.

And despite having to join other "masked heroes" at this year's MegaCon, due to the mask mandate, he's still making a lasting impression.

“The imagery ... if it's not there people will forget .. and they'll see pictures, but they'll forget Stan Lee ... I want it to be like he's still out there walking around, even if I am just a lookalike," Gruden said.

Now wrapping his second day of MegaCon, Gruden is certainly feeling the love.

He is enjoying getting back with his cosplay community, a hobby he plans to continue.

“I'll do this as long as I can do it ... so hopefully a number of years into the future," Gruden said. "At least I don't have to change wardrobe too much.”

Anyone who wants to see what else Dan is up to can check out his Facebook page.

MegaCon closed Friday at 7 p.m. but will resume for Saturday and Sunday. Anyone planning to come to MegaCon should remember there is a mask mandate in place for when you are inside the convention center.