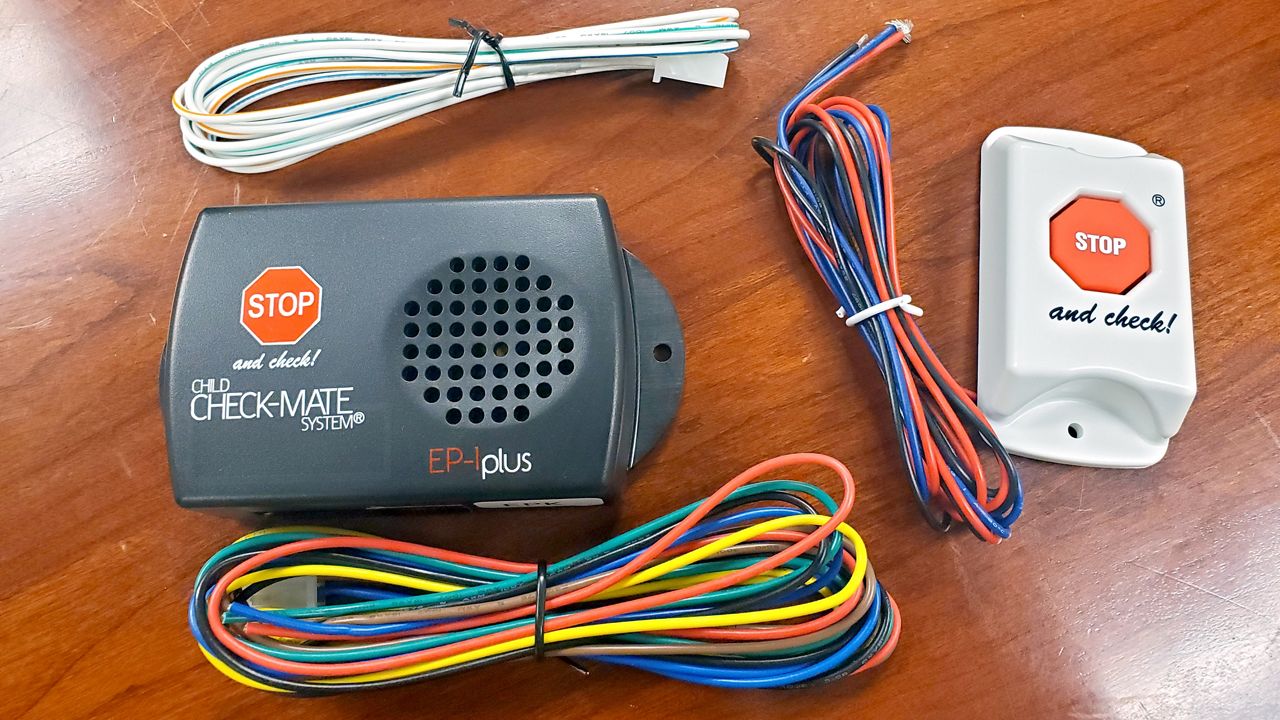 A new Florida law that goes into effect in January will require daycare facilities that provide transportation services to children to install alarm systems like this one to help prevent hot-car deaths. (State Sen. Linda Stewart)

TALLAHASSEE, Fla. — An act to help protect children and prevent deaths in hot vehicles that has been 5 years in the making was signed into law Tuesday.

Lawmakers said this bill couldn't come at a more important time, especially since Monday marked the beginning of summer.

In fact, an incident during the summer of 2017 that left 4-year-old Myles Hill dead was one of the driving forces behind this bill.

In August of 2017, family members mourned Hill's death after he was found dead in the back of a van at Little Miracles Academy in Orange County.

This case was one of the prominent examples of why State Sen. Linda Stewart, D-Orlando, said she fought for almost 5 years to make the bill into a law.

“I’m hoping everybody will be especially careful this summer — because this does not go into effect until January — that they either begin to put these alarms in vans now, before the summer, or they’re awfully careful," she said.

These alarm systems typically cost between $200 and $600.

The Florida Department of Children and Families will be enforcing the law once it goes into effect, making sure all daycares that provide transportation have it installed.

"It’s another opportunity for daycare providers to have more safeguards in place," said parent Kelsey Smit, who has a toddler who goes to day care. "These types of things, when they happen, are never intentional, or rarely intentional.”

Spectrum News reached out to the Learning Care Group, which manages several day care companies across the country, for comment on Florida's new safety alarm law.

They provided a statement which states, in part:  “We applaud this measure to protect children. As a licensed child care provider, safety is our No. 1 priority.”