LAKE BUENA VISTA, Fla. —- Walt Disney World will kick off an 18-month 50th anniversary celebration on October 1 with new looks for Cinderella Castle and other landmarks around the resort, the company announced Friday on its Disney Parks Blog.

"The World's Most Magical Celebration" will include special shimmering looks for the Tree of Life in Animal Kingdom, the Hollywood Tower Hotel at Hollywood Studios, and Spaceship Earth at Epcot. At night, magical fireflies will flit around the Tree of Life.

Spaceship Earth's nighttime look will include lights that shine across its reflective panels and connect in a way that resembles stars in the sky. That look will continue more permanently and become what Disney calls "a defining feature of the park."

The castle will be adorned with golden bunting and a 50th anniversary crest, and at night, it will sparkle with "pixie dust."

Join in the glow of The World's Most Magical Celebration as the heart of the Theme Parks shine as Beacons of Magic! And get ready for an EARidescent celebration with shimmering highlights and special wonders across all four Theme Parks and beyond. #DisneyWorld50

Mickey and Minnie also will step out in special iridescent attire with gold highlights.

The park did not yet disclose plans for any special entertainment or new attractions for its 50th anniversary but said it would be announcing more plans soon. 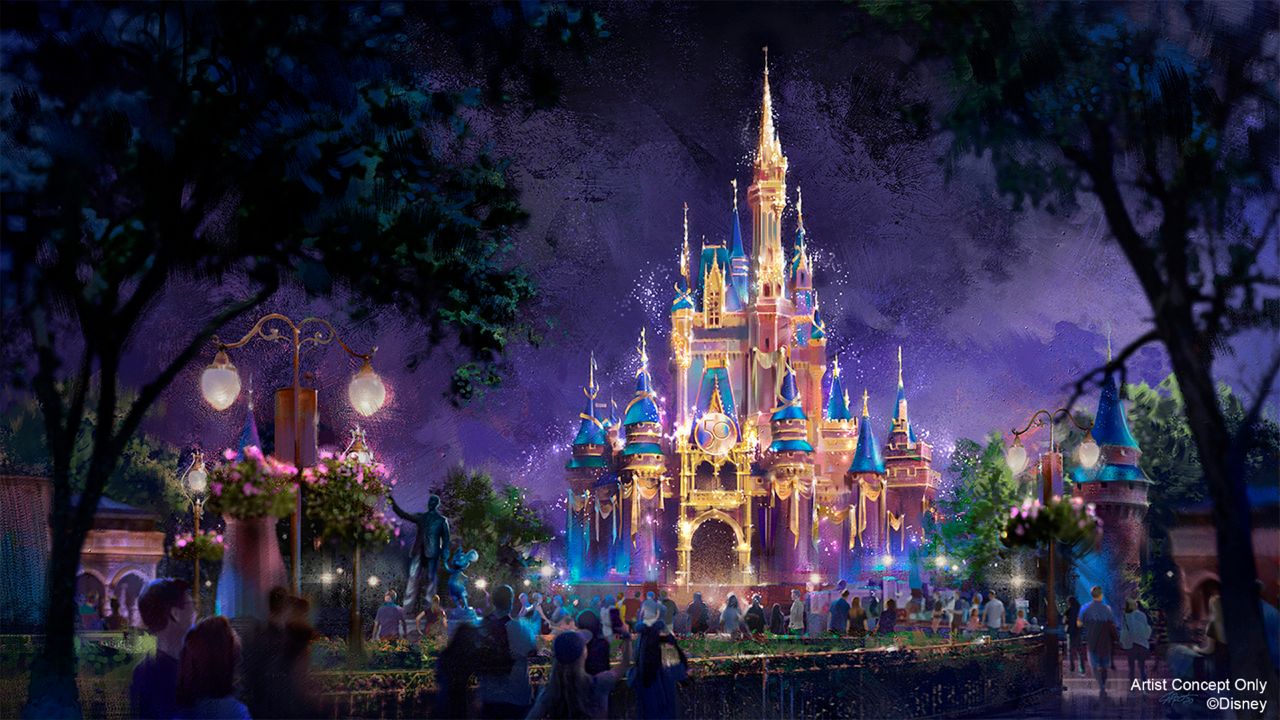 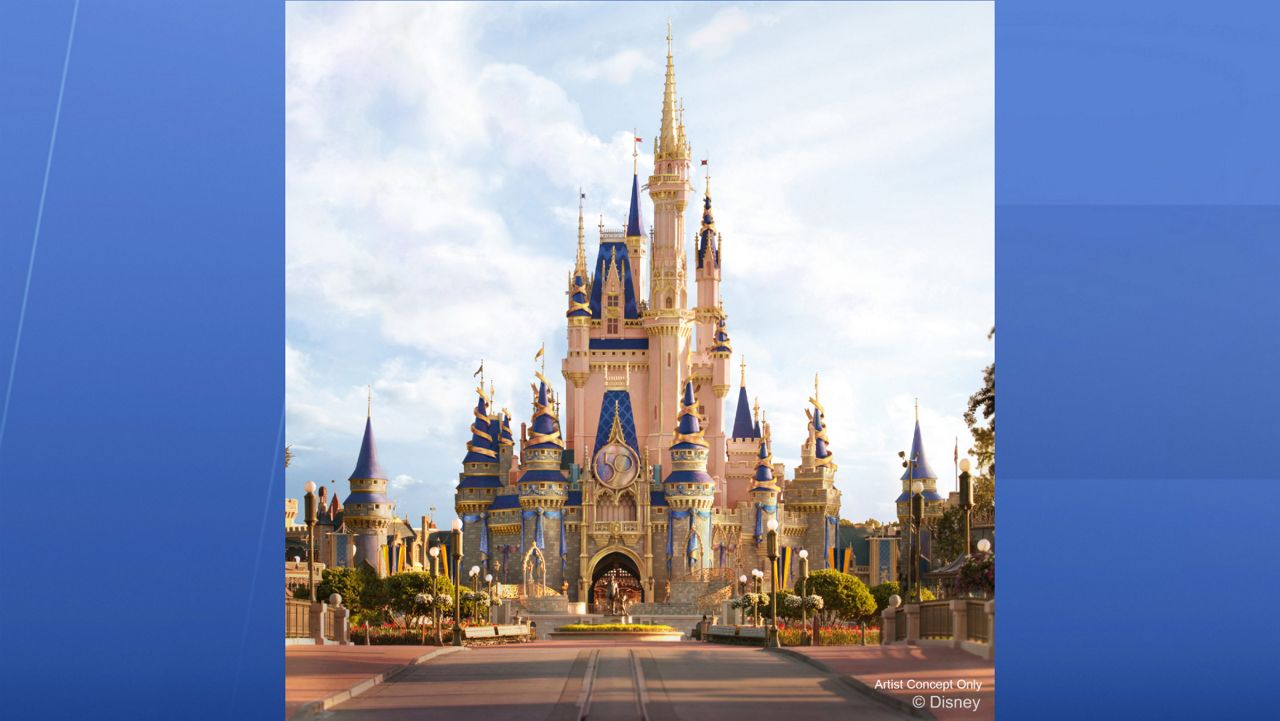 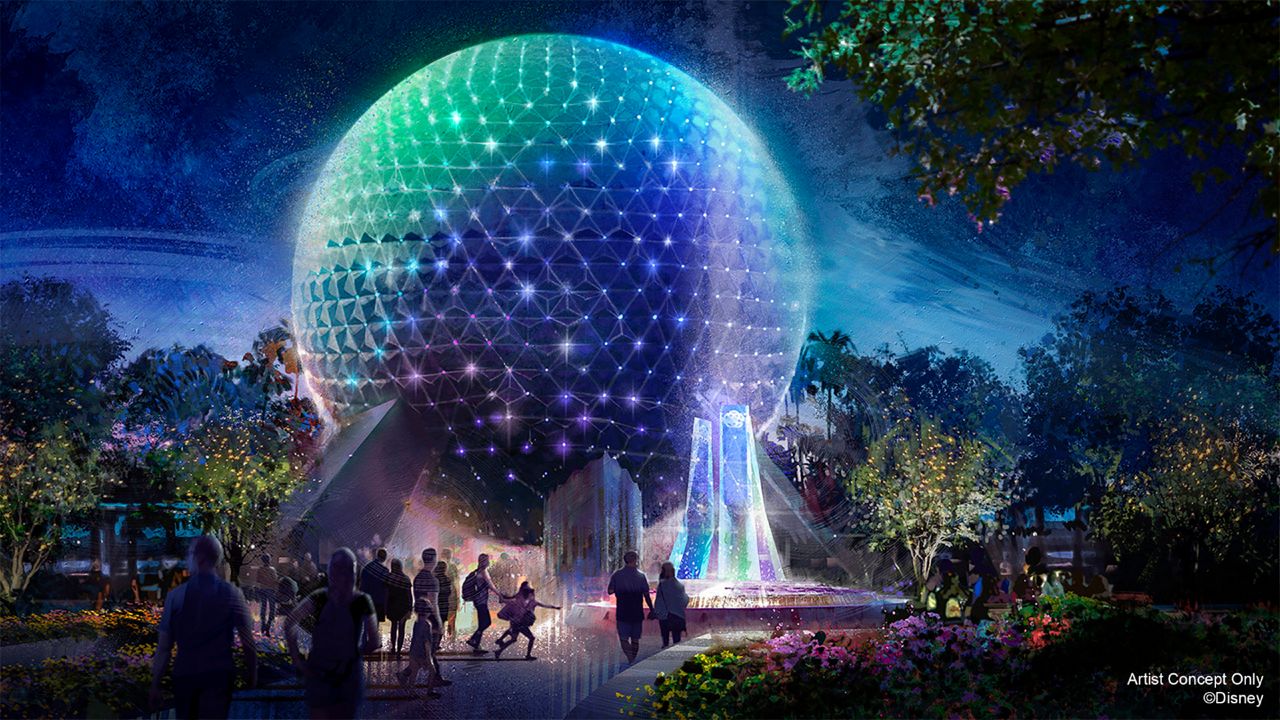 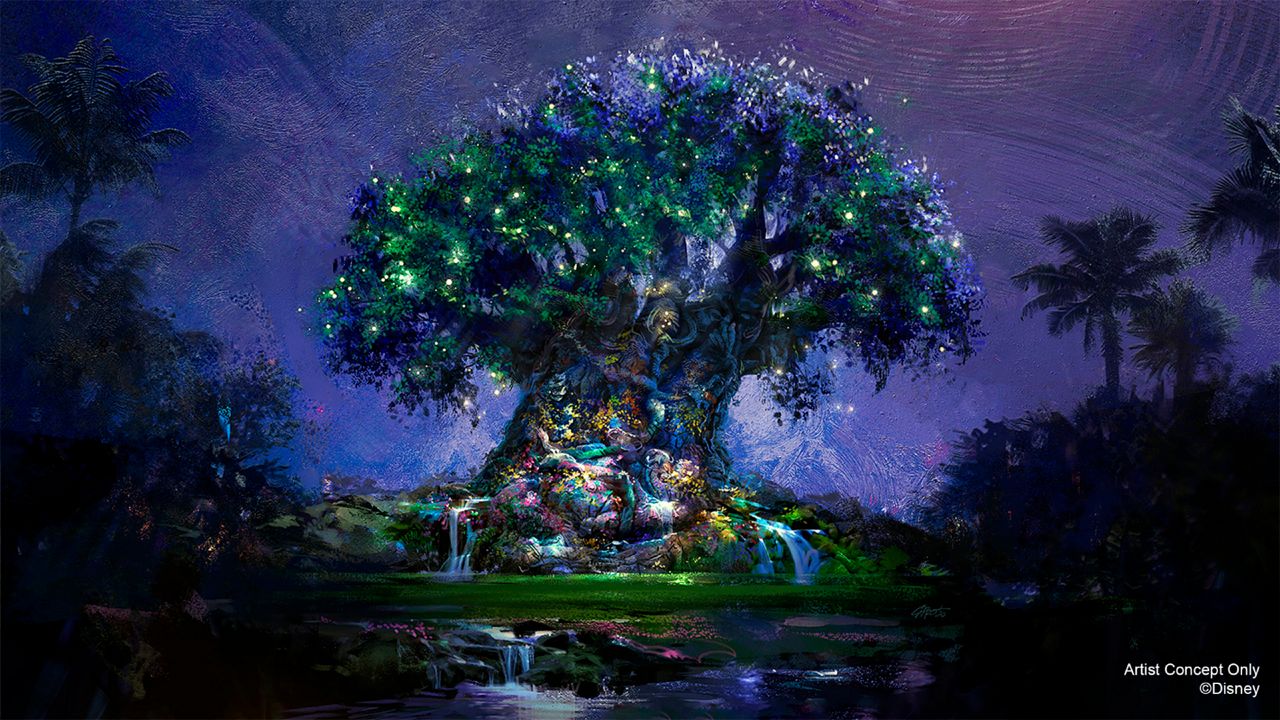 An artist's rendering of the Tree of Life with 50th anniversary decor at Disney's Animal Kingdom. (Walt Disney Co.) 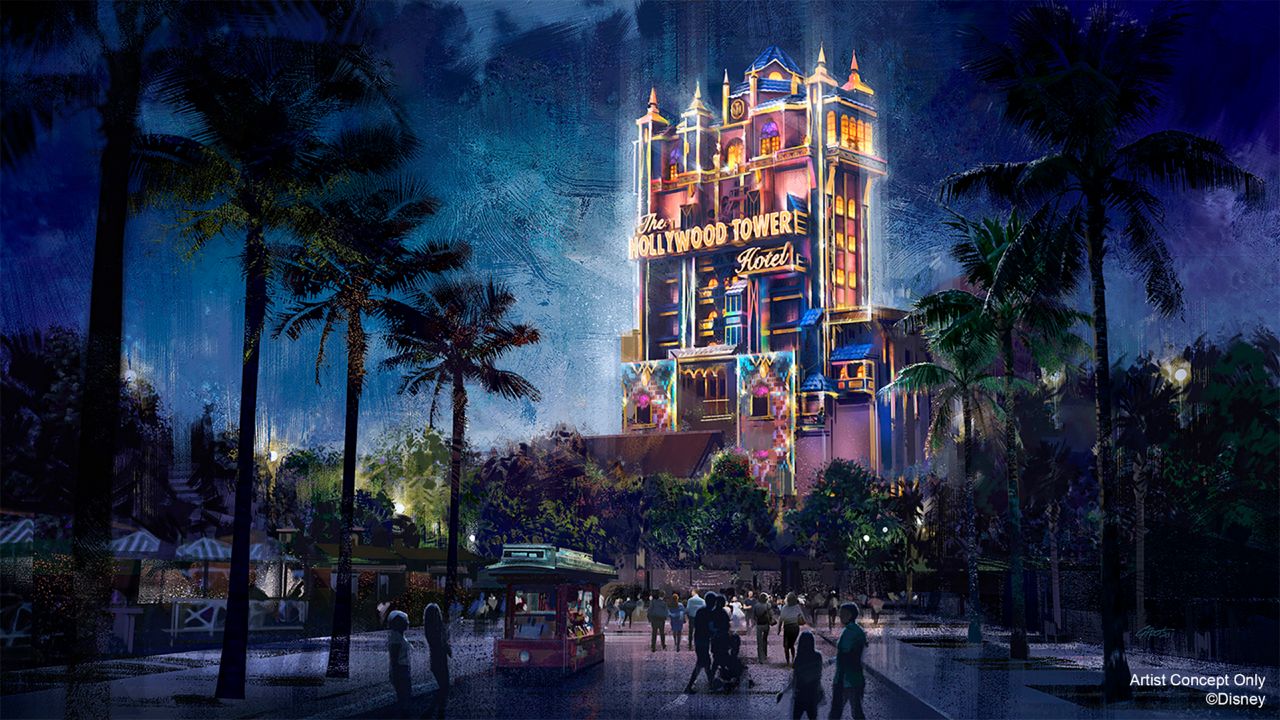 An artist's rendering of the Tower of Terror ride with 50th anniversary decor at Disney's Hollywood Studios. (Walt Disney Co.)