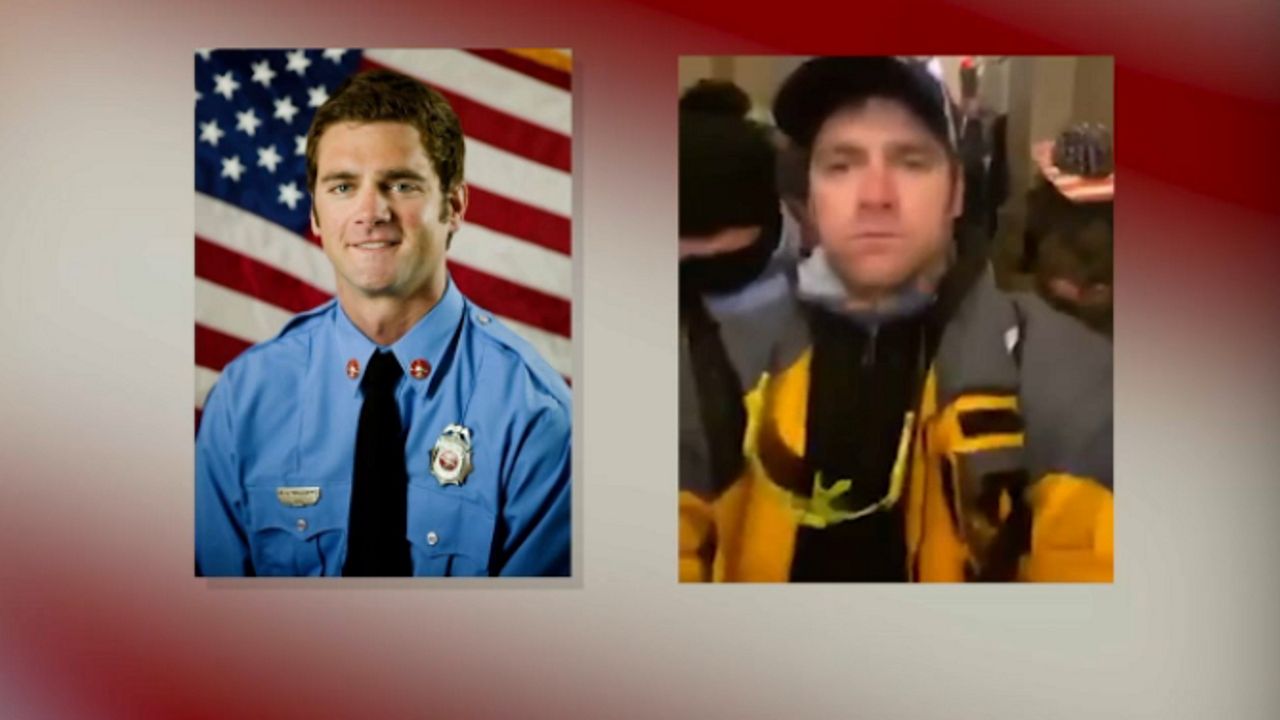 The Sanford Fire Department is also investigating cell phone video that firefighter Andy Williams appears to have shot while among the mob that breached the U.S. Capitol on Wednesday.

SANFORD, Fla. – New details have emerged in the investigation of a Sanford firefighter and paramedic seen in a picture among a mob that breached the U.S. Capitol on Wednesday.

Officials with the Sanford Fire Department have confirmed they’re now also investigating cell phone videos which firefighter Andrew Williams appears to have shot. The video gives a first-person perspective of what it was like inside that mob as they marched up the Capitol stairs and inside the building.

In an email, fire officials said, “We were given the videos and they are part of the investigation.”

On Thursday officials said Williams was placed on paid administrative leave while they investigate this situation.

A picture posted on social media also appeared to show Williams pointing to a sign for the Speaker of the House.