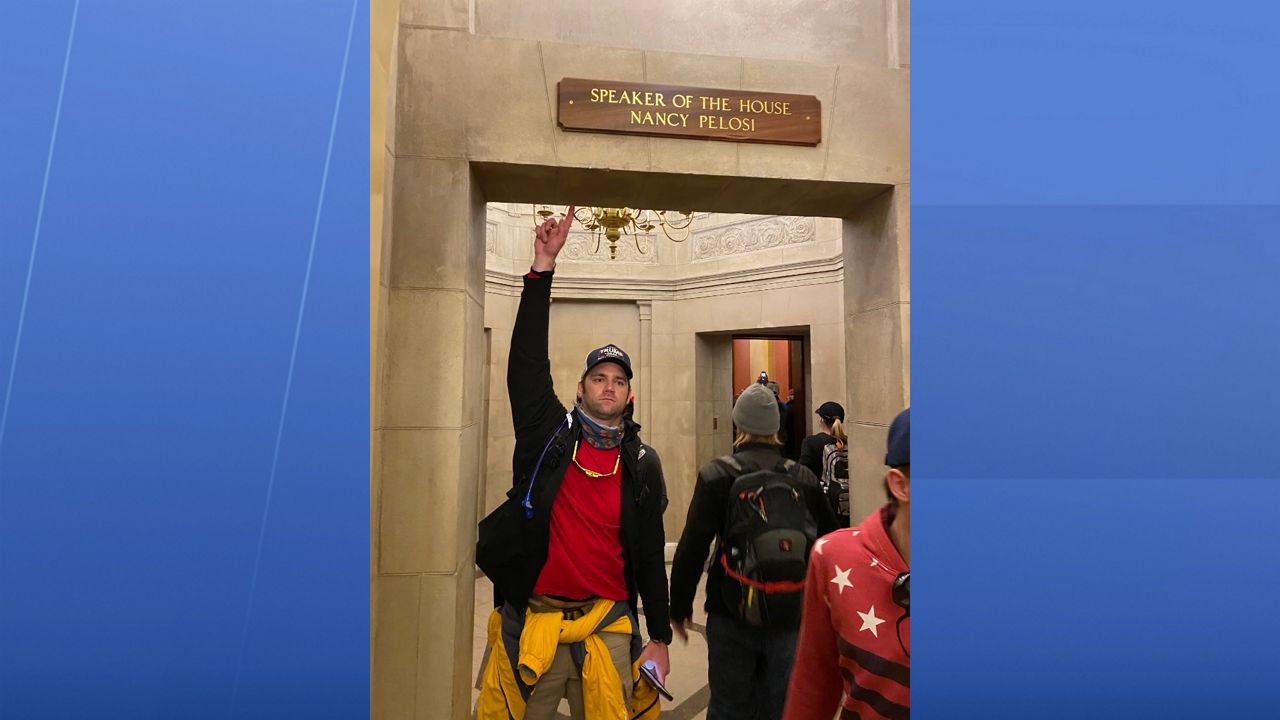 A picture of Andy Williams posted on social media shows him pointing to a sign for the Speaker of the House. (Viewer Photo)

A Sanford, Florida firefighter seen among the crowds of pro-Trump rioters who stormed the U.S. Capitol on Wednesday has been placed on administrative leave by the fire department, according to a spokesperson.

A picture of Andy Williams posted on social media shows him pointing to a sign for the Speaker of the House as others make their way through the hall.

Williams, a firefighter and paramedic who works out of Station 38, has been with the Sanford Fire Department since 2016, according to Public Information Officer Bianca Gillett. He will remain on leave pending the outcome of the department's investigation.

"The administrative investigation will look into all aspects of the nature of the photograph and will address any City policy and/or law violations that could possibly arise throughout the investigation," Sanford Mayor Art Woodruff said in a released statement.

Crowds of Trump supporters breached Congress on Wednesday, attempting to disrupt the certification of Joe Biden’s presidential win. Authorities of multiple agencies in Washington, D.C. made dozens of arrests, but it is unknown at this point whether Williams was among them.