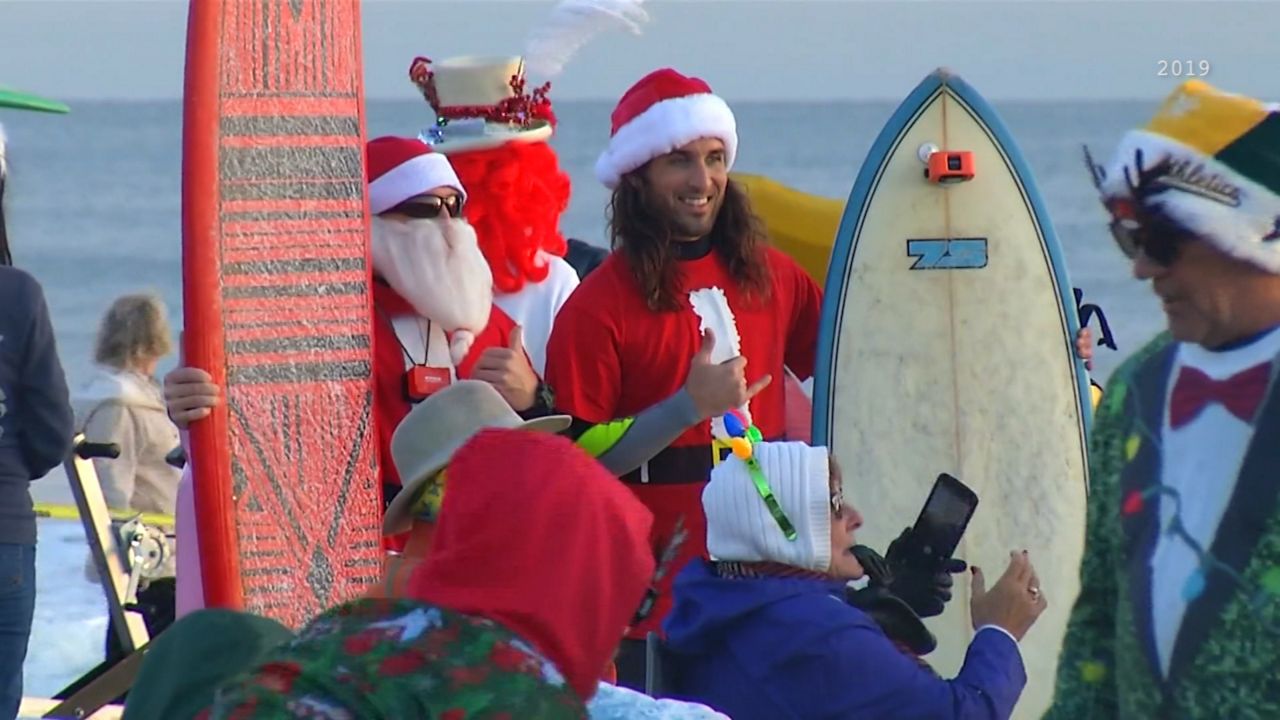 COCOA BEACH, Fla. — The founder of the popular winter event Surfing Santas, which drew an estimated 10,000 people last year, has been grappling with a tough decision.

George Trosset says on December 1, he and his group will make a final call whether to cancel this year's event, from which proceeds from shirt sales go to two local nonprofits, Grind for Life and Florida Surf Museum.

The event last year brought more than 600 surfers in festive gear and red outfits, Trosset said, and 10,000 on the beach.

“The money we get from Surfing Santas goes toward helping scholastic high school teams like the high school surf team,” Hughes says.

Longtime Surfing Santa Sandra Goodwin says she's been part of the group since it was small enough to be hosted at the founder's home 10 years ago. Now, it attracts people from all over the world.

“It was very intimate. Everyone would bring a dish," Goodwin says. "We would bring it to the house and gather around. It was like an extended family.”

So far Cocoa Beach Winter Fest, the Christmas parade, and other events have been canceled.

City Commissioner Karalyn Woulas says it wasn't the city's decision but was left up to the individual organizations.

“The people who were in charge of canceling it did it out of concern for the community,” Woulas adds.

Goodwin says if Surfing Santas is canceled, she encourages people to keep the tradition going on a smaller scale.

Surfing Santas are still selling T-shirts to help the nonprofits.