Joel Hunter's study at his home in Casselberry is filled with books — and few religious symbols. After stepping down from his role as senior pastor of Northland Church in 2017, he's taken on more volunteer advocacy work, especially for the homeless. (Pete Reinwald/Spectrum News)

CASSELBERRY, Fla. — When he walks around his comfortable, yet not exclusive, Casselberry neighborhood, Joel Hunter says he delights in seeing neighbors of various races, backgrounds, and faith. As a friendly neighbor, he says, he knows who needs praying for.

And so do they.

“There are people who look at me with those … “Awww, I really feel sorry for you,” he said with a laugh.

Hunter’s neighbors know who he is. He is a former megachurch pastor who spent more than 30 years at Northland Church in Longwood. He is a former spiritual adviser to President Barack Obama. He is an Orlando civic leader and chairman of the Community Resource Network, which focuses on the homeless and marginalized.

He is also, now, an outcast.

Hunter says he alienated himself from many in his conservative Christian community with his recent endorsement of Democratic presidential candidate Joe Biden. Hunter made his endorsement as part of “Pro-Life Evangelicals for Biden,” a group that maintains its conservative stance on abortion but seeks biblical balance, as they call it, on other social issues, including the plight of babies born into poverty.

Hunter’s endorsement of Biden, an abortion-rights candidate, marked a reversal from his 2016 support of President Donald Trump, who has maintained a tough stance on abortion.

Hunter thereby defied many evangelicals and their supporters. Much came down to what he saw as the president’s divisive, personal, and harmful rhetoric, including about immigrants, he says. Spectrum News also aimed to interview but failed to reach Trump’s spiritual adviser, Central Florida pastor Paula White-Cain.

“These are times when we’ve got to build bridges instead of walls — forgive the analogy here — because if we don't, everybody's going to be worse off,” Hunter told Spectrum News in his home study early this week. “And there’s a very real chance that we won’t, because it’s heading in the other direction right now.”

In 2016, Hunter said he voted for Trump instead of Hillary Clinton because he didn’t see Clinton making a push to include people of faith in her prospective administration. He didn’t appreciate Trump’s tone on the campaign trail, he said, but saw an inclusion of people of faith — so he figured he’d gamble on Trump.

A question of “spiritual integrity”

So, this year he’s supporting Biden, whom he says has a “great heart” and potentially can build political and social bridges. Hunter had never endorsed a candidate before, he said. Now that he has, he said, he has had speaking engagements withdrawn and received signals, as he put it, that he had crossed the line in the evangelical community.

“I had to do what I could to make the future well-being of all people possible,” Hunter said. “I feel like this is an election like we have not seen before. I just felt like, for my own spiritual integrity, no matter how beat up, no matter how ostracized, I just needed to do this. And so that's why I did it.”

He said his resolve comes from a spiritual transformation that started during the civil rights movement and continued in recent years, when said he changed his efforts and emphasis from interpreting the Bible to imitating Jesus. That explains what he calls a balanced message that puts as much emphasis on Earth — particularly the struggles of the poor, homeless, and vulnerable — as on Heaven.

As Jesus did, he said, he aims to extend boundaries. He seeks more discussion and inclusion on topics such as racism, inequality, and LGBTQ.

His views on multiple topics

Asked about abortion, Hunter said: “I am against abortion. However, my strategy is that since 70-plus percent of the mothers who choose to get abortions do at least in large part because of lack of financial resources and lack of child care and other things, that if we give them the resources to carry their babies to term, then we can lower the number of women getting abortions.”

About climate change: “I've been an environmentalist, somebody who is pro-taking-care-of-the-Earth. That was our first command from God, in Genesis 2:15 — “Take care of this place” — and it’s never been rescinded. So, the poisoning of our atmosphere is having pretty radical consequences, especially again for the vulnerable. So, to me, this is a pro-life issue.”

About the biggest issues facing Central Florida: Homelessness and “the economic division and the growing gap between (the rich and) the people we need for this economy — the service people, because we're the entertainment center. So, you're going to have this whole group of people who can very easily be exploited and used in ways that would not give them dignity.”

About prosperity theology, a belief peached by wealthy megachurch pastors — that faith in God and donations to the church will produce material wealth: “The image of some hardworking person coming to a church and being promised prosperity, If they'll just give not only a tithe but everything they can afford so that a pastor can live in a multimillion-dollar house, grow rich off of those proceeds, and own airplanes — makes me sick. That is not the Jesus I know.”

In the evangelical community, all of this makes Hunter a maverick — though he gives the impression he never would call himself that. 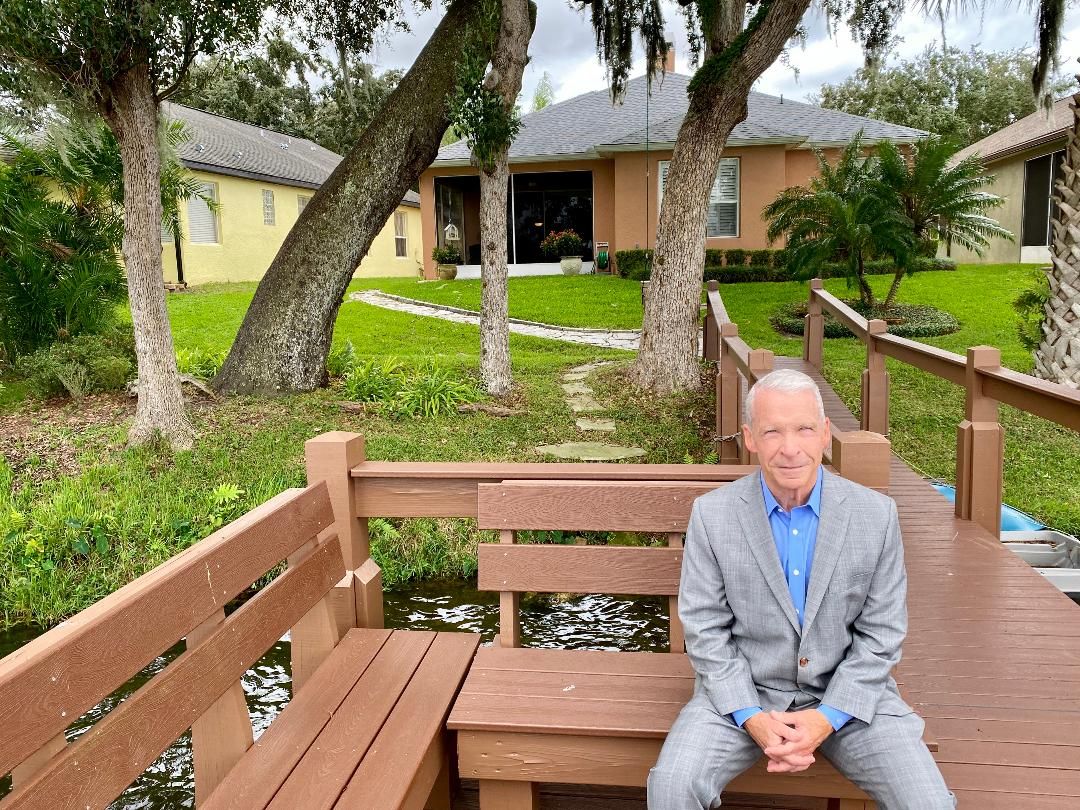 His study and education

He sports four doctorate degrees, including in ones in ministry and humanities and two in divinity, according to his website. His home study — with dozens of books, a conspicuous blue globe, and few religious symbols — appears to support more of a thinker than a preacher.

Hunter, 72, speaks confidently but humbly. He tells of when he was distraught over the brain cancer diagnosis of his 5-year-old granddaughter, Ava, who died in 2010. Upon hearing that there was no hope for his granddaughter, he lost it.

He received a call from Obama, he said.

“He turned the tables, and he started pastoring me,” Hunter said, “and he said, ‘Now, wait a minute. Don’t forget God's with you in this. Don’t lose your faith.’”

Hunter said he and his wife, Becky — parents of three adult children — live modestly on Social Security and pension income. Without proof or sourcing, a few websites attribute to him a fortune of a few million to hundreds of millions of dollars.

But Hunter said: “I have no wealth. Somebody once said, ‘There's two ways to be rich. One is to have a lot. And the other is not to need a lot.’ And so, we're in that second category.”

He said he’s considering no longer accepting honorariums because “I don’t want to be beholden to somebody who will pay me to come and say something and have that in my mind when I’m saying it.”

Hunter has gone from pastor who once preached to thousands to what he calls himself today: a full-time volunteer. He works as an advocate for various causes, especially the homeless. He also maintains seats on various boards and advisory boards in Orlando and Central Florida.

His volunteer role began to take shape in 2017 when he stepped down as senior pastor at Northland Church, after having tried to lead the church and evangelicals to more moderate positions on social issues.

“I came to a place in my life where I could live as a full-time volunteer,” Hunter said. “I just wanted to love people, and especially help the vulnerable like Jesus did.”

He said he’s also “looking to see if there are others who are ready in the evangelical community to take a chance to say … maybe we can be the Christians who would associate with people who we wouldn't ordinarily associate with to help people who aren't being helped.”

He added: “You know, there’s no secret in our economy: The rich aren’t suffering. The rich are getting richer and the poor are getting poorer … so I'm wondering if there are some folks out there to say, ‘I'm willing — because love costs — to sacrifice either some of my prosperity, some of my position, some of my power, some of my popularity, in order to help people out that really need the help instead of just playing to the crowd.’”