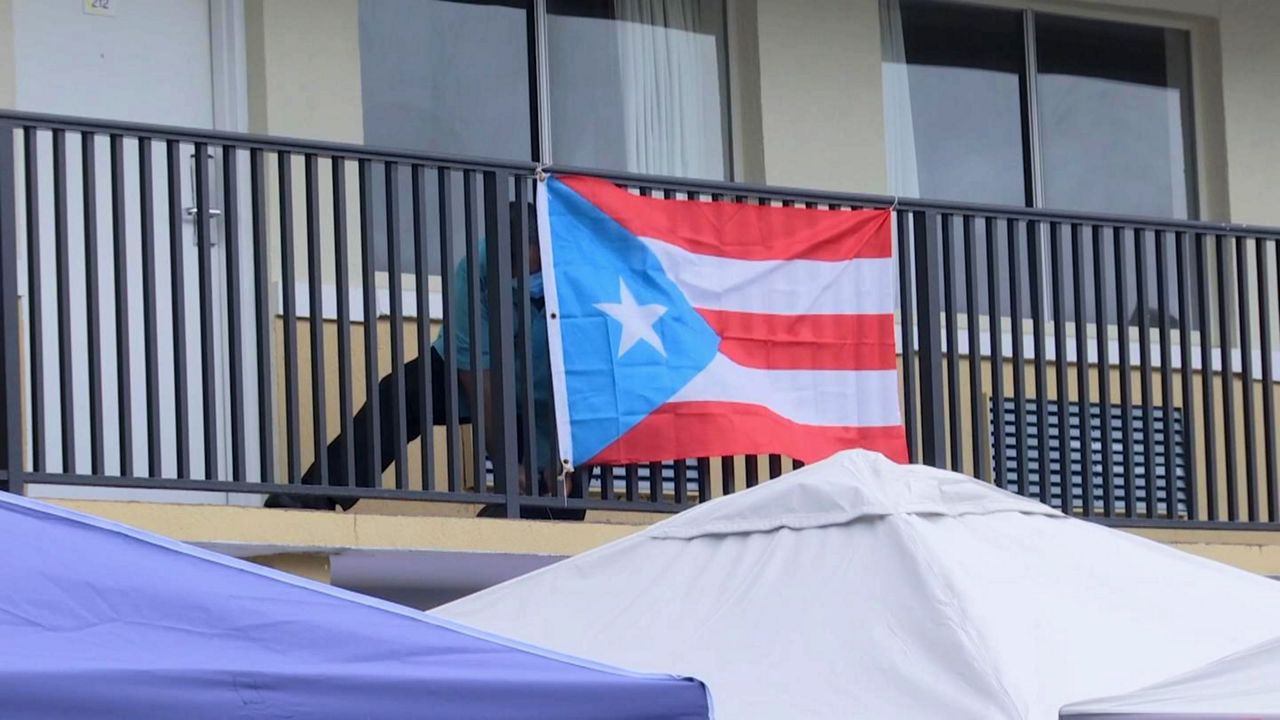 Puerto Rican families who survived Hurricane Maria and evacuated to Central Florida gathered outside a Super 8 in Kissimmee on Sunday to reflect how their lives have changed in the 3 years since the deadly storm struck the island. (Matt Fernandez/Spectrum News)

Hurricane Maria Evacuee: "I Lost Everything, But I Didn't Lose Hope"

KISSIMMEE, Fla. — Families who evacuated Puerto Rico and sheltered at a Super 8 motel after Hurricane Maria ripped across the island gathered at the Kissimmee motel Sunday to reflect on their lives and how the storm altered them.

Three years ago, the Category 5 hurricane claimed almost 3,000 lives and caused billions of dollars' worth of damage on the island.

The gathering by Pa'lante Por Mas brought them together, along with officials, for a time of reflection.

“Families that are here lost everything. They came here with nothing. (But) they have moved forward in three years, and we are celebrating them,” said Mildred Wright, one of the gathering's organizers.

The Torres family was one of the families who rode out the storm in Puerto Rico.

After the hurricane, her family came to Florida with about 50 families staying in a Kissimmee hotel, thanks to help from local organizations. Some of the families were at Sunday's gathering.

“We were united with a group, and other families that lived in the hotel, even the employees in the hotel became a family,” she said.

Eventually, Torres's husband was able to find a job, and her family was able to get their own apartment.

“I am standing here telling you dreams can come true. We are powerful, and we are a great community.”

Like the turnaround and success of the Torres family, gathering organizers wanted to show how far people have come after the devastating series of events three years ago.

“Some of the families have their own businesses, so we are here to celebrate with them,” Wright said.​