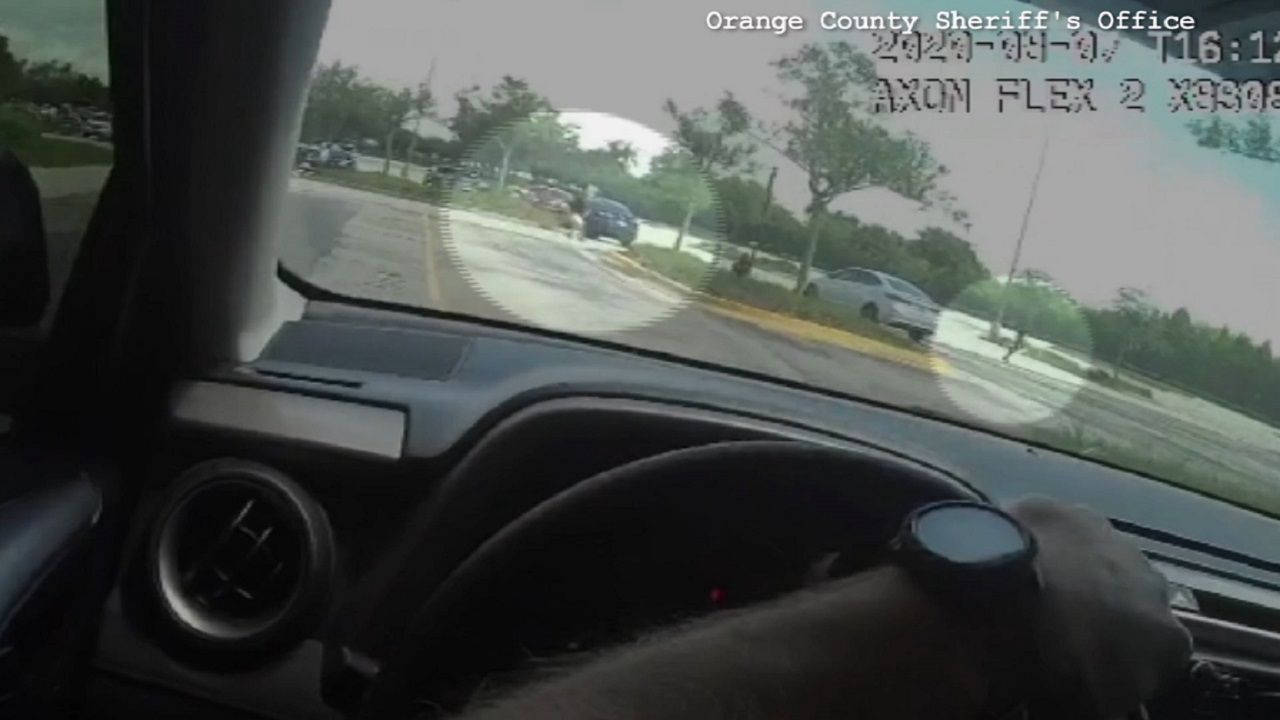 Salaythis Melvin died after being shot near Florida Mall Aug. 7. Orange County Sheriff’s deputy James Montiel told Melvin to drop his weapon and, according to an affidavit, Melvin turned his head to face Montiel while still holding the firearm. (Orange County Sheriff's Office)

ORLANDO, Fla. — The Orange County Sheriff’s Office has released body camera footage from the deadly shooting of a man outside the Florida Mall.

A spokesperson emailed Spectrum News 13 a link to six video clips Tuesday night, saying that’s all the body-worn camera footage from this case.

None of the clips show the point of view of the deputy when he shot Salaythis Melvin on August 7.

One clip, from another deputy driving to the scene, seems to show the moment it’s happening.

From a distance, the video shows Melvin, 22, running and then falling to the ground.

Court records indicate Melvin was running off while holding a gun in his waistband. A deputy told him to drop the gun, and said Melvin was still holding it when he turned his head to face him. The deputy fired, hitting him in the back.

The following week, protestors marched through the mall and down Orange Blossom Trail, demanding to see the body cam video.

The release of the video came ahead of Sheriff John Mina’s primary win. A spokesperson says the sheriff’s office had to wait to release the video until the Florida Department of Law Enforcement finished initial interviews in its use-of-force investigation.