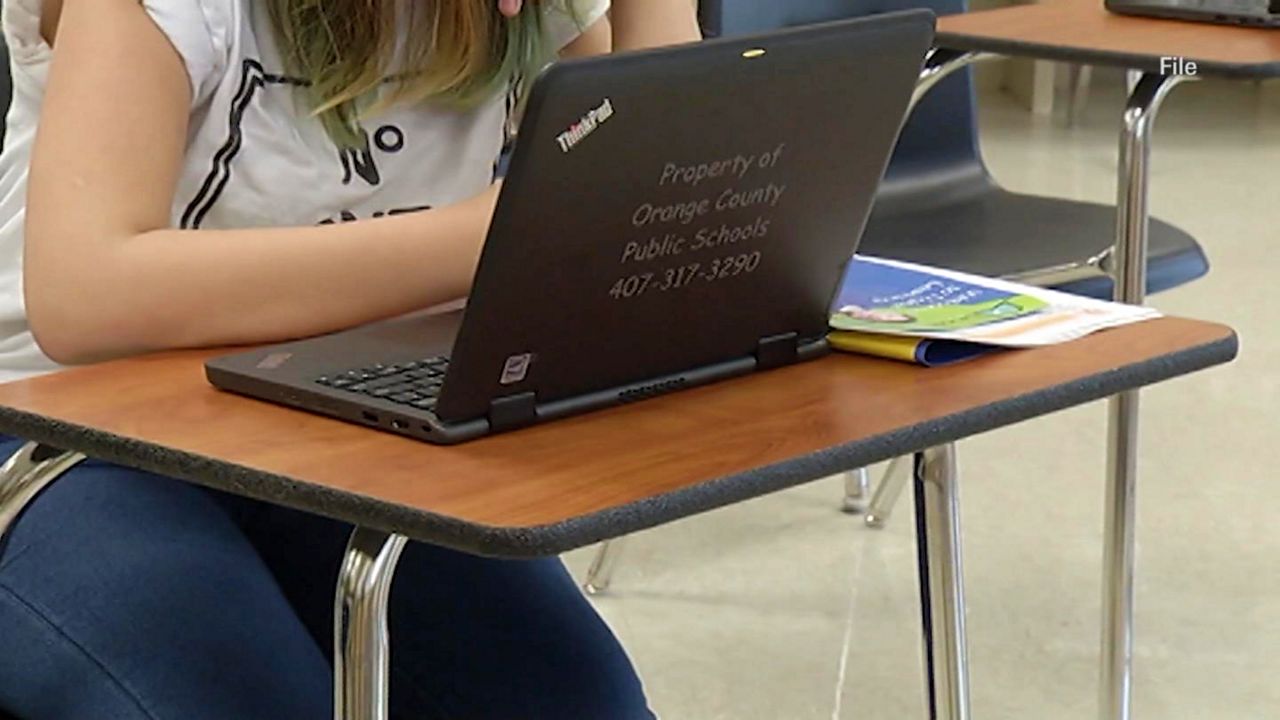 ORLANDO, Fla. — Dozens of parents, guardians, and teachers came forward Tuesday afternoon during an Orange County Public Schools board meeting to voice their questions and concerns about plans to reopen schools in the fall.


The district was mandated to reopen schools for in-person instruction by the state Department of Education earlier this month.

But it's also offering virtual instruction for students is devising a third, hybrid model, dubbed an "innovative model" called LaunchEd.

Dozens of people spoke up in person or on the phone during public comments Tuesday, calling on members to do more to protect students and staff this school year from the pandemic.

One concerned person even asked, "How many people are you willing to let die?"

One thing that has gotten a lot of support from parents so far is the district's proposed hybrid learning model, LaunchEd.

"I’m not comfortable sending my children to a physical brick-and-mortar school. I don’t see a situation evolving rapidly enough where I would be comfortable,” said Judi Hayes, an Orange County Public Schools parent. Hayes's two sons, Jack and Will, are set to enter the seventh and third grades in the district.

But Hayes said she's hesitant to send them back to a physical classroom, especially after her experience with a summer school program Will attended.

"We found a very small summer school for kids with Down syndrome," Hayes said. "There were two kids per class, and it was like two classes. I think there were five kids total and two teachers. He (Will) did that for a couple of weeks, but then somebody in the building tested positive. And as much as the school did everything right, they closed, they sanitized, everybody got tested.

"We haven’t been comfortable sending him back," Hayes said.

So far, she says the LaunchEd model seems like a good fit for her family, letting her boys start the year at home.

"The student stays enrolled in their home school. And we think that’s really important, because it keeps the student connected with the teachers and the other students they already know," said Maurice Draggon, Orange County Public Schools' senior director of digital learning.

LaunchEd students would follow traditional school hours and have direct interaction with teachers. The plan would allow some of the LaunchEd teachers to teach from home or their classrooms, OCPS said.

Students and staff would use the same programs and technology in place from virtual learning and lessons this spring, Draggon said. Webcams can be used for the teachers' classroom camera and LaunchEd students, allowing them to interact with one another.

"Yeah, I really do, I really liked to talk with my classmates," said Jack, who will be a seventh-grade student this coming year.

"And it worked really well for him in the spring," mom Judi Hayes said.

Not all LaunchEd details have been finalized, because the plan is new and still needs to be approved, district leaders said. But with the school year right around the corner, Superintendent Barbara Jenkins said the plans that the board approves must remain fluid as the pandemic progresses.

That's good news for Hayes, who said that until COVID-19 case numbers drop, she wants to keep her kids home and is relieved the district is listening.

"I have a lot of faith in them listening to our concerns, looking at the data that's coming, and making good decisions for all of us," Judi Hayes said.