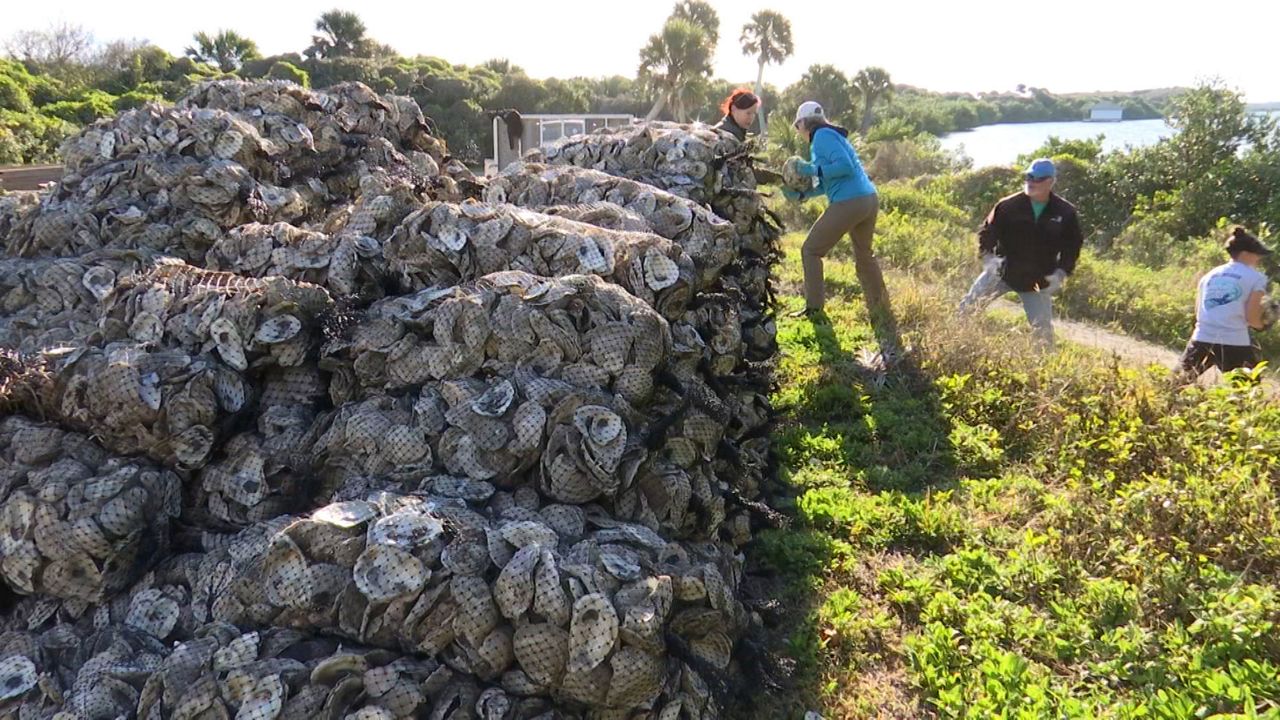 BREVARD COUNTY, Fla. — Volunteers spent their morning carrying heavy oyster bags to a prehistoric site at Canaveral National Seashore Sunday to help offset the effects of erosion on the site.

National Park Service Archeologist Dr. Margo Schwadron says the Turtle Mound at Canaveral National Seashore used to be the home of Timucuan people five to six centuries before Europeans made contact. The site has seen better days, however.

“It's been eroding from past hurricanes, Hurricane Irma in 2017,” Schwadron explained.

Sailors used to use Turtle Mound as a navigational device, since it was visible seven miles out to sea. The prehistoric geological feature and archaeological site is about 50 feet tall, and in 1970 was added to the National Registry of Historical Places.

That's why hundreds of pounds of shells are being added to the site, to help maintain it in the face of erosion.

Jessy Wayles from the Marine Discovery Center spent her morning volunteering with Sunday's effort, but she wasn't alone. She brought a few early risers to help.

“We got volunteers to help out with this project, and we are going to be using oyster bags to help protect this cultural asset," Wayles explained. "This is the largest one in Florida."

Wayles and company are excited to help because they finds the little piece of history quite fascinating.

The Shuck and Share project is a collaboration between Marine Discovery Center and several local seafood restaurants that donate oyster shells that are converted into new reef-building materials.