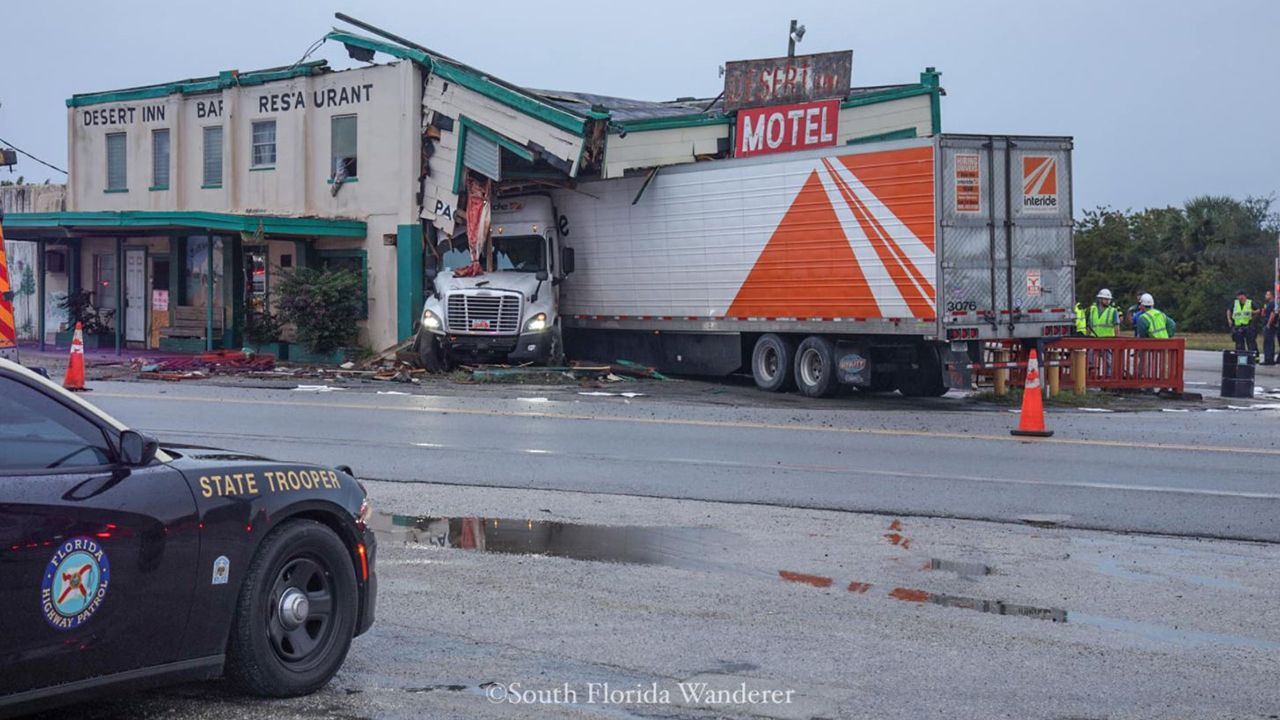 1 of 2
The Desert Inn and Restaurant, located at 5570 South Kenansville Rd., Yeehaw Junction, suffered damage after a semitractor-trailer crashed into it on Sunday, December 22, 2019. (Facebook user South Florida Wanderer) 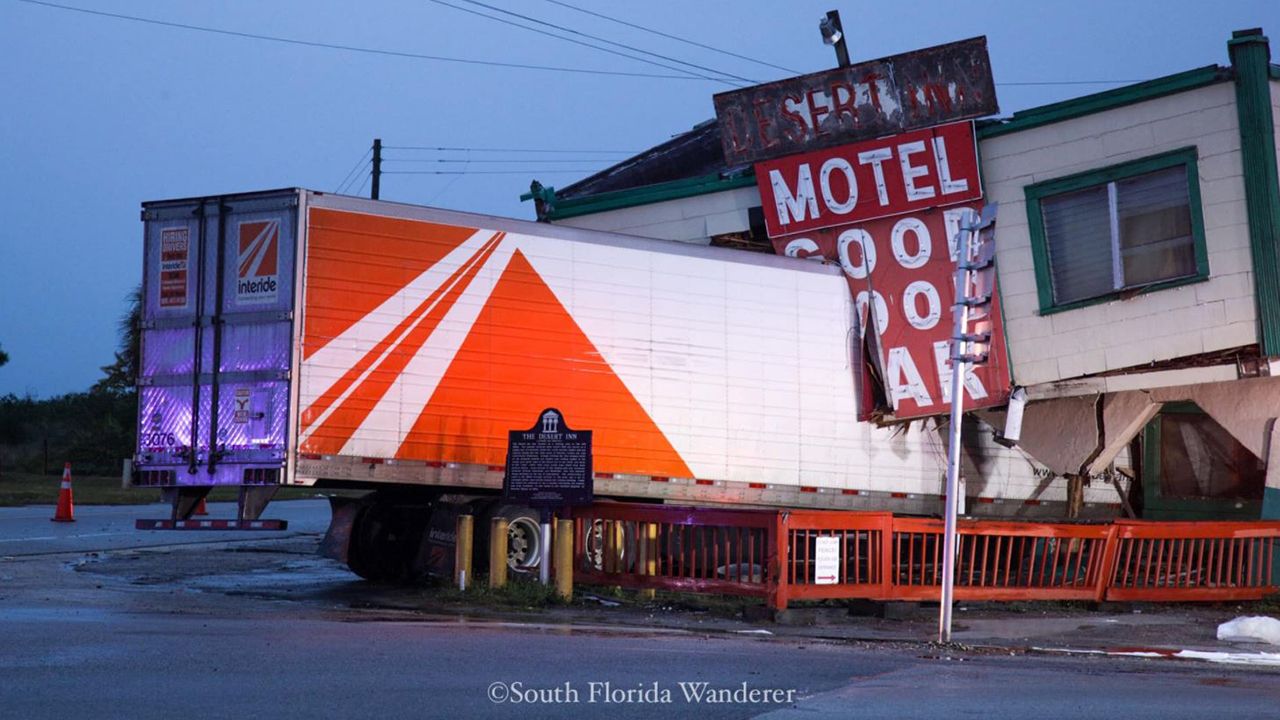 2 of 2
The Desert Inn and Restaurant, located at 5570 South Kenansville Rd., Yeehaw Junction, suffered damage after a semitractor-trailer crashed into it on Sunday, December 22, 2019. (Facebook user South Florida Wanderer)

YEEHAW JUNCTION, Fla. — The Desert Inn and Restaurant, a site on the National Register of Historic Places, was in tatters Sunday after a semitractor-trailer hauling orange juice crashed into it, causing most of it to collapse.

The crash happened at about 3:15 a.m., when Mareo Cawley, who was behind the wheel of the semi, left northbound U.S. 441 and struck the building because he said it was dark and he couldn't see the road, the Florida Highway Patrol says in an incident report.

Later Sunday morning, as a tow truck was removing the semi from the inn, part of the historic building collapsed, the FHP said.

Trooper say 50-year-old Cawley, of Chicago, was not driving under the influence. He incurred minor injuries.

Photos of the crash were shared to Spectrum News 13 by Facebook user South Florida Wanderer.

Bill Mixon says he's eaten there a couple of times in the past.

"I have no idea what happened. I just pulled over and I saw what looks like a tornado, but there are no trees down,” Mixon said.

The Desert Inn and Restaurant, located at 5570 South Kenansville Road in Yeehaw Junction, is listed as a historic site by the National Register of Historic Places. The site dates from the 1880s and once served as a trading post. It had also been used by cattle drivers and lumbermen as a supply and recreational center in the middle of a rural area.

Spectrum News 13 called a number listed for the establishment, and a person who answered said the inn has been closed for a year and no one was inside during the crash. Troopers also confirmed no one was inside.

Mixon said the inside is very representative of the history of the area, but it's been empty for a couple of years.

"It's cowboy-like, Western rural. This part of Florida is like the Old West. It's cowboy country," he said.

"I like historical treasures, but it will probably be a gas station. It should be renovated, but I doubt it will," he said.

Charges are pending against Cawley, according to the FHP report.