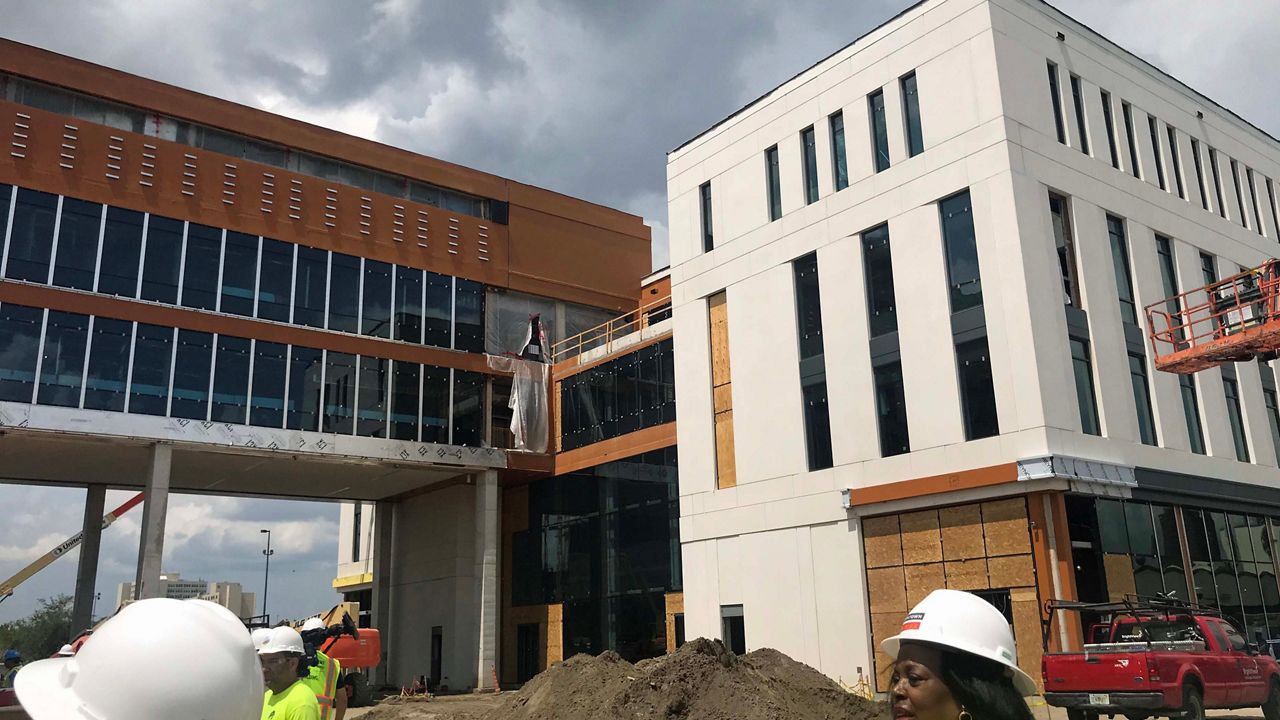 UCF Downtown Prepares to Open Its Doors This Fall

ORLANDO, Fla. — Set to open in August, the University of Central Florida and Valencia College have teamed up to create an all-inclusive, 15-acre campus in the heart of downtown Orlando.

Spectrum News 13 got a firsthand look at the $100 million project as construction crews worked.

In an ambitious initiative to bring almost 7,700 UCF and Valencia students together in downtown Orlando, school officials say the campus aims to let students live, learn, and intern in a central spot.

More than 20 undergraduate and graduate programs will be available at UCF Downtown.

“It's an academic experience that just isn’t available right now for us. What I mean is students will be able to walk from their classes to their internships down the street in a meaningful way," said Mike Killbride, Assistant Vice President of UCF Downtown.

UCF DOWNTOWN: @MyNews13 is taking a look at @UCF and @valenciacollege’s brand new downtown Orlando campus. This building will become the academic commons and the heart of the campus. pic.twitter.com/9uZ12Cb9rs

“We have three new academic buildings on the campus: the Dr. Philips the Academics Commons, the Center for Emerging media, and Union West will have academic support space -- that’s in addition to our new parking structure,” Kilbride said.

According to a UCF spokesperson, the purpose of the Academic Commons is in its name -- it's where students attend classes, study, and have access to other academic resources.

HOME SWEET HOME: We got to check out a common space inside the UnionWest resident community at #CreativeVillage. The space will house both @UCF and @valenciacollege students. pic.twitter.com/KdFeoOuI7G

UnionWest at Creative Village is described as a "resident community." Not only will there be student housing, but there is also student services and amenities includes within the building as well.

“There is over 640 beds, and it’s in the heart of downtown Orlando and walking distance everything on the campus," Killbride said.

UCF Downtown will be open for students by the first day of class, August 26, and students are expected to be able to move into the downtown housing on August 21.

Despite the visible construction left to be done, officials say they will open its doors on schedule.

The campus is located at 500 West Livingston Street.

Map of UCF Downtown in proximity to major locations in downtown Orlando. (Courtesy of University of Central Florida)