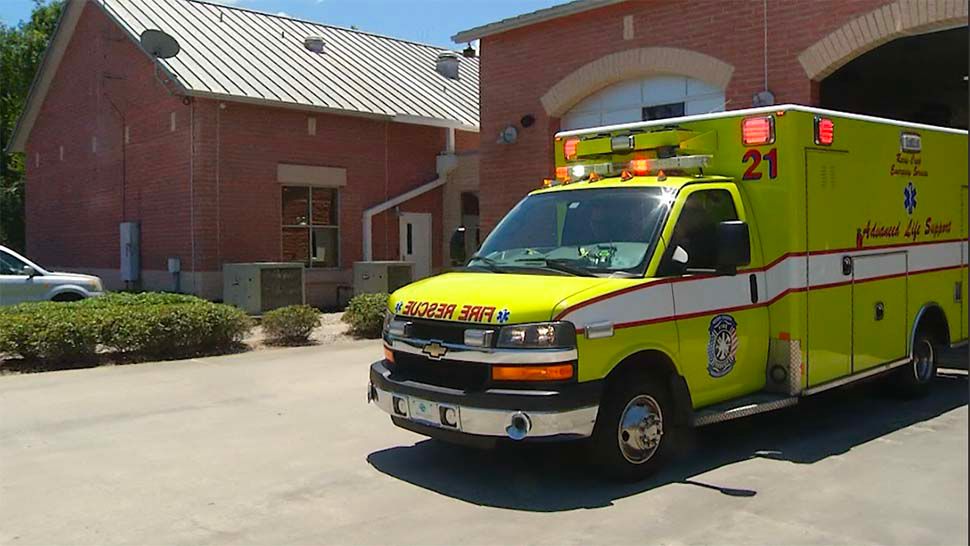 Reedy Creek firefighters, who respond to calls at Disney World, say they are short-staffed and they worried that it could affected guest safety. (Jeff Allen/Spectrum News 13)

Firefighters Who Respond to Disney World Say They're Stretched Too Thin

ORANGE COUNTY, Fla. -- Firefighters who respond to Walt Disney World Resort property say they are short-staffed, and worried that it could affect the safety of Disney guests.

This year, Walt Disney World will open a Star Wars-themed land at Hollywood Studios and the Disney Skyliner transportation system, with gondolas taking guests to and from the parks and hotels. Reedy Creek firefighters say those additions will increase the amount of calls they will have to respond to.

"Disney’s doing a great job of expanding their infrastructure with hotels and parks and things like that, but we feel like the Reedy Creek Improvement District is not keeping up with the public safety aspect of increasing firefighters on the ground," said Aaron Colburn, 2nd vice-president of Reedy Creek Firefighters Local 2117.

Reedy Creek Improvement District, which governs Disney property, projects by 2020 there will be nearly 360,000 people at Disney World each day.  That’s about 50,000 more than just four years ago.

But the firefighters say when the fire chief asked for 40 more firefighter positions, the district didn’t give him any.

"We haven’t expanded our staffing as a fire department - for firefighters - since 1989," Colburn said.

"We do feel like we have trouble keeping up sometimes," Colburn said. "We run out of units occasionally."

Spectrum News 13 reached out to Disney World, which released a statement saying "The safety of our guests and cast is, and always will be, our core focus in operating our parks and resorts."

Spectrum News 13 is still waiting on a response from the Reedy Creek Improvement District.

The firefighters union is in ongoing contract talks with the Reedy Creek Improvement District, but firefighters say that’s not the reason they’re raising concerns.

They say their number one priority is safety.​