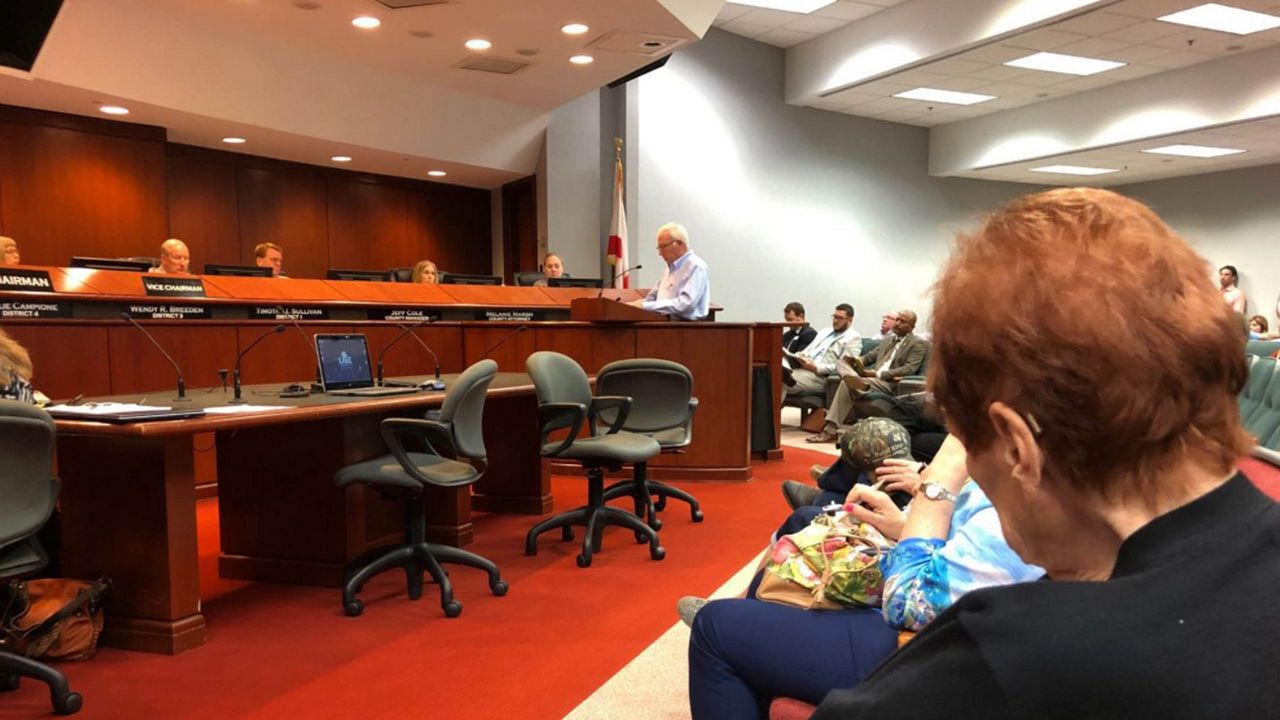 The Lake County Commission on Tuesday unanimously approved a controversial plan to allow a local farm to build a dormitory for laborers from Central America. (Dave DeJohn, Spectrum News 13)

LAKE COUNTY, Fla. — After an hours-long public hearing, the Lake County Commission on Tuesday unanimously approved a controversial plan to allow a local farm to build a dormitory for laborers from Central America.

Liner Source Inc., a family-owned plant manufacturer in Eustis, sought approval to build a 46,000-square-foot building across from Calhoun Road that could house up to 196 farm workers working on H-2A Visas.

Under that federal program, agricultural employees work in the United States for up to 10 months at a time.

Raquel Martin, Liner Source vice president, gave an overview on their need for H-2A workers and the economic impact Liner Source — and the nursery industry as a whole — has on the economy. She explained that Liner Source provides plants locally and regionally, as well as food to local supermarkets.

Dozens showed up Tuesday, most of whom spoke against it.​

“This will forever Change our way of life, safety and home values,” said one resident at the meeting.

Shovels could hit the dirt any day.