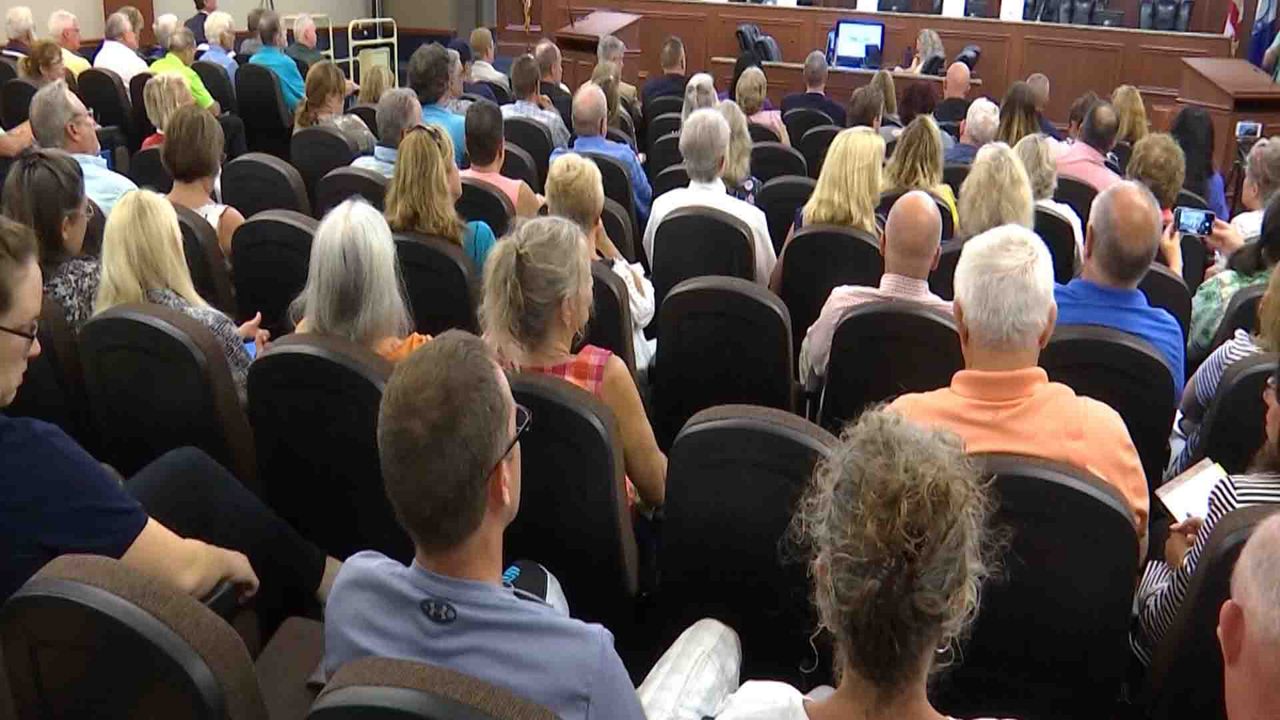 MELBOURNE, Fla. — Dozens of Melbourne residents at a town hall Tuesday voiced their concerns over the city's tap water.

This comes as the city admits that trace amounts of saxitoxin were recently found in the water.

Earlier this month, the city warned toxic blue-green algae may be present in Lake Washington, which is one of the two sources of water for Melbourne customers. Blue-green algae can form naturally in warm waters.

On its Facebook page, the city of Melbourne said that preliminary tests show negative results for the toxins and that the water is safe to drink. The Florida Department of Environmental Protection also conducted tests, however, Melbourne officials stated in a Facebook post that they have not received the results yet.

Jake Zehnder, chair of Sierra Club Turtle Coast, says something need to be done before people get sick.

"I live in the city of Melbourne and currently drink the water," Zehnder said. "There's definitely a smell like wet soil, we don't have the discoloration at our particular house."

State representative Randy Fine says his family drinks the water and they haven't had any issues.

Although officials are saying the water is safe to drink, residents left the meeting shaking their heads in disbelief.

Officials say the water will be tested again this week.

The results of algal bloom samples taken by the Florida Department of Environmental Protection can be found here.