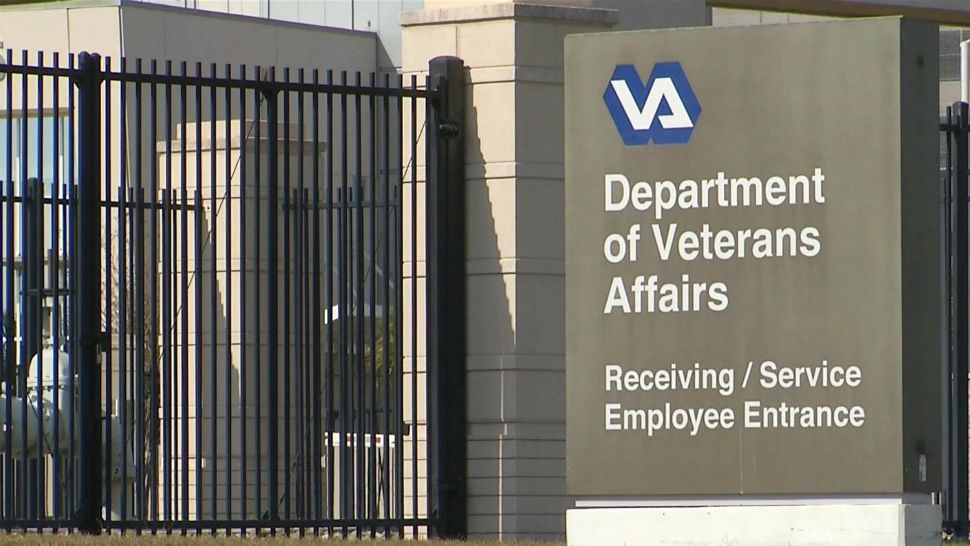 The Orlando VA Medical Center opened in Lake Nona in 2015. The VA facility is 1 of 5 across the state with equipment that's unaccounted for. (Spectrum News file)

ORLANDO, Fla. — Almost $5 million worth of equipment bought with taxpayer money has gone missing, stolen, or is otherwise unaccounted for at Department of Veterans Affairs hospitals across Florida, a Spectrum News 13 Watchdog investigation has learned.

The $4.8 million worth of missing items dates back to 2014, VA records show. The newest of the Florida VA hospitals, the Orlando VA Medical Center in Lake Nona, reported just over $132,000 in missing items.

At a sprawling 65 acres and 1.2 million square feet, the Orlando VA Medical Center was a dream come true for many veterans when it opened in 2015. Now, four years later, the VA facility is one of five across the state with equipment that's unaccounted for.

"I think it’s unacceptable," said James Hullinger, a U.S. Army veteran who lives in the Orlando area. He served as a sergeant for a heavy weapons company and was responsible for keeping track of military equipment worth $13 million.

He says that in seven years, he never once misplaced or lost track of any equipment.

Of the missing VA equipment, he says, "that’s completely unprofessional and zero accountability."

James A. Haley Veterans Hospital in Tampa reported a little more than $1.2 million in missing items, records show. Some of the missing items include laptops, cellphones, LCD monitors, stretchers, TVs — even hospital-grade eye scanners worth more than $20,000 each are listed as missing.

It's equipment that Hullinger and other taxpayers helped buy.

One Congress member says he's concerned and is calling for change.

"We are going to be reviewing this matter," said Democratic U.S. Rep. Darren Soto, whose 9th District includes areas of Orange, Osceola, and Polk counties.

Soto said that for the sake of taxpayers and veterans, the inventory process for VA medical equipment needs to be reviewed.

"Congress needs to conduct our oversight power, particularly the VA committee, figure out what was stolen vs. what was transferred in the ordinary course of working with other hospitals. And yes, people need to be held accountable," Soto said.

We reached out to the VA Sunshine Healthcare Network about the missing equipment at Florida VA medical centers. Representatives declined to be interviewed but provided a lengthy written statement:

"VA Sunshine Healthcare Network (VISN 8) facilities have a solid record when it comes to tracking equipment. Data supports that fact. From October 1, 2013-January 28, 2019, the total inventory for our facilities was nearly $1 billion, while items classified as missing, stolen or damaged represented less than .5 percent of that number. The reality of running five 24/7 hospitals that complete a combined 6.4 million outpatient visits per year is that some equipment loss or misplacement is inevitable. For example, if a patient needs to be transferred to another hospital, he or she will often take his or her infusion pump, which provides medication through an IV, with him or her. This is necessary so the patient can continue to receive medication while traveling to another hospital. We try to retrieve our infusion pumps from other hospitals, but sometimes they get mixed in with another facility’s equipment.

VA medical facilities inventory equipment via barcode administration. If an item is identified as missing, lost, or stolen, the individual responsible for maintaining the assigned equipment/item must complete a Report of Survey (ROS). The ROS system is the method used by VA to obtain an explanation as to the circumstances surrounding the loss, damage, or destruction — other than through fair wear and tear — of Government property. Through the ROS system, responsibility for the loss is determined in monetary liability, if any, is established. In many instances, items that are classified as a loss initially are later found and reconciled like the example shared above regarding stretchers."

"While there was some loss that will happen, we can’t just sit around and say that’s OK," he said. "I expect the VA committee to investigate this matter thoroughly."

Hullinger, the Army veteran agrees, saying he wants a better system for keeping track of equipment at all Florida VA hospitals.

"I think everyone needs to be held accountable for their actions completely."

Spectrum News 13's Watchdog team reached out to the U.S. House Veteran Affairs Committee about our findings. We are waiting to hear back from them.