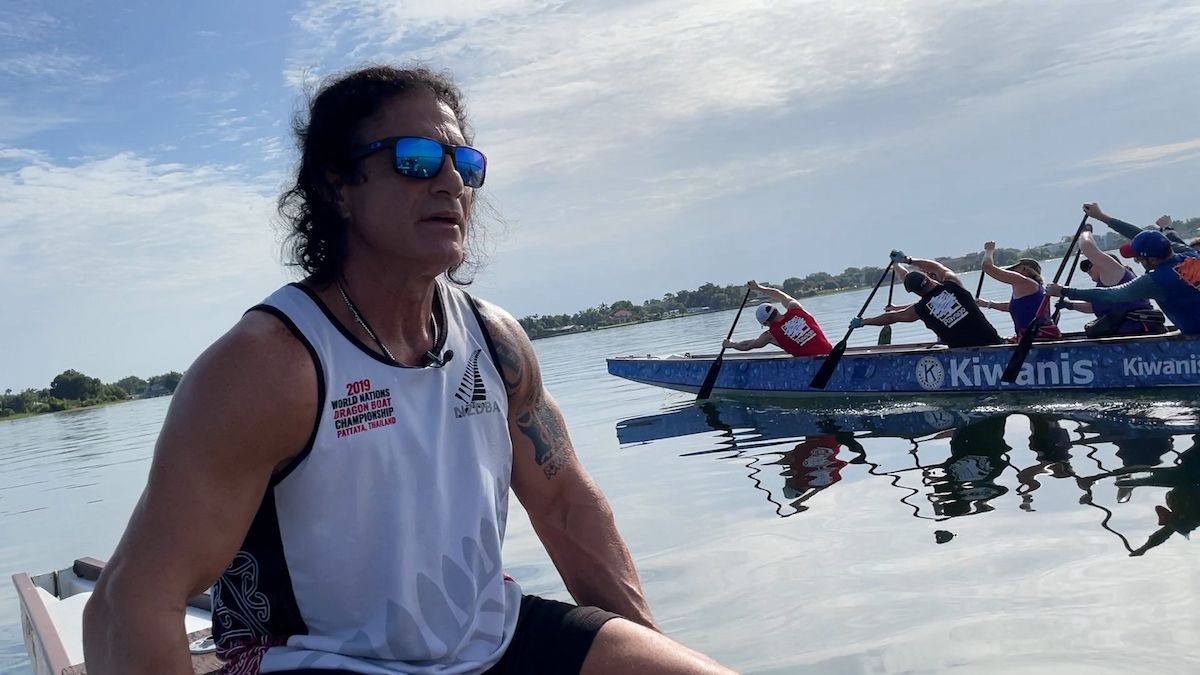 ORLANDO, Fla. -- Early mornings on Lake Fairview, a number of different boats hit the still water. The most unique ones come from the Orlando Dragon Boat Club.

"Look at it, its fantastic, the lake is like glass, the sun is up, you can hear nature. I mean its beautiful," said Orlando Dragon Boat Club coach Charlie Goodnough.

Charlie Goodnough grew up on the water, but stumbled upon the sport of dragon boat by accident, as his family was preparing for a summertime boat race. However, his competitiveness always has existed through sports.

"I went to college on a football scholarship and wrestled, I was a former Mr. USA, I boxed," said Goodnough. "You name it I did it all."

He tried it out and was hooked immediately: so much so that he went out for the USA Team tryouts and made the roster. Dragon boat paddling is the ultimate team sport with a heavy focus on detail. In his day job practicing neurosurgery, he hones in on the same details that allow him to thrive in both spaces.

"I’m that ADHD kid thats sitting in the class going like this. I’m the guy you have to pull that rein and the dog you hold until you say let go whew, I love it," said Goodnough. "And then to do good and then to win. Oh my God."

He’s found himself on the podium quite a bit. Charlie been paddling for more than a dozen years and it’s taken him around the world with the USA Team and Worlds Team. Most recently, the Worlds competition took place in Sarasota, where he took home five medals.

"I've been to Italy, Thailand, I've been to Hungary, Trinidad and Tobago for the Pan Am games," said Goodnough. "You meet all different cultures and people with one common bond which is paddling."

With all of that international experience, Charlie calls Orlando home where he adds another title to his resume as a coach.

"It teaches you good people skills cause you have to communicate with different people on different levels so you can tell I’ve mastered that," laughed Goodnough.

Charlie noted most people who train with him strive to make it to the national and international stage of the sport. He notes when he was beginning the sport, he did not get to work with anyone who made it there so feels he is able to help out the next group of upcomers by passing along his knowledge. Charlie feeds off of sharing the sport he never expected to love with others.

"It's funny I get more of a reward as a coach cause I feel the big thing is to pass on that knowledge onto other people and I think helps me as a coach," said Goodnough. "I want to inspire people who have the love of it like I do."