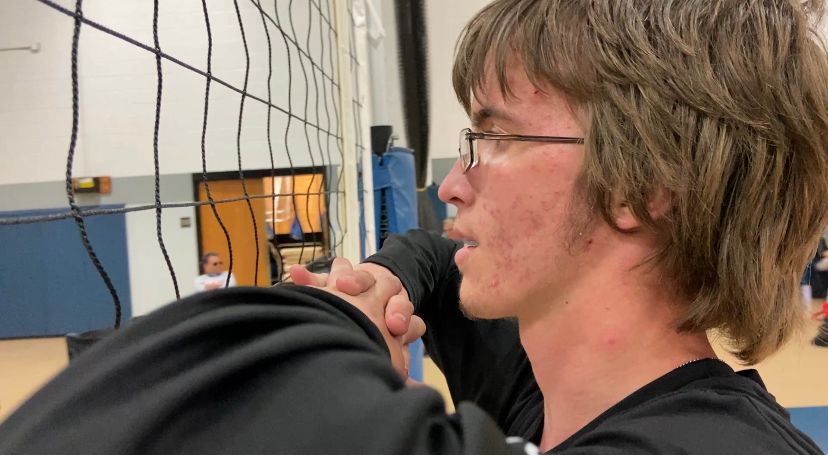 ORLANDO, Fla. – The Westside Blue Thunder unified volleyball team is getting ready for their biggest tournament yet – the 2022 Special Olympics USA Games.

“Oh yeah, we are going for gold. They have been wanting to do this for a long time. We’ve been hoping that we would get chosen, and it finally happened,” said Wilma Wright, the Westside Blue Thunder head coach.

“We are going to play great, I know that. We just have to work as a team,” said Jacob Craft, an athlete with Westside Blue Thunder.

That mindset is what made Jacob Craft a staple of this team.

“He’s very dedicated. Has a really positive attitude. He is willing to volunteer for whatever,” said Coach Wilma.

Giving back to the organization that made him who he is today.

“He’s come quite a ways since we first got him,” said Claudia Tyler-Utzig, Craft’s guardian mom.

His journey to get here all started nine years ago when his foster parents noticed Craft lacked motivation and because of his vision troubles, he qualified for Special Olympics, so they quickly signed him up.

“Once we got him into special Olympics and he started seeing how much he enjoyed it, and we were willing to back him up, because we saw how he blossomed. Instead of always going for the negative, he would go for the positive, and he found out he would do better with the positive responses and he really started blossoming afterwards,” said Tyler-Utzig.

That positive way of life continues to shine bright.

“It’s always nice to make someone smile at the end of the day. Negativity, if it was up to me, I would put it out of the world,” said Craft.

He is constantly encouraging others around him.

“It’s really a positive thing because he’s a good role model and whenever there is new athletes that come in he is always including them. He will go over and make a special effort to make them feel comfortable,” said Coach Wright.

“Just have respect for everybody. Everybody deserves respect, and if you want respect you have to give it,” said Craft.

So as Jacob and his team get ready for the USA Games, he reflects on his path and relishes the opportunity ahead.

“It’s an honor. It’s like we are all brothers, so it’s a real big honor to play for this team,” said Craft.

A moment of gratitude, all thanks to a simple message.

“You can do anything you want. Don’t give up,” said Tyler-Utzig.