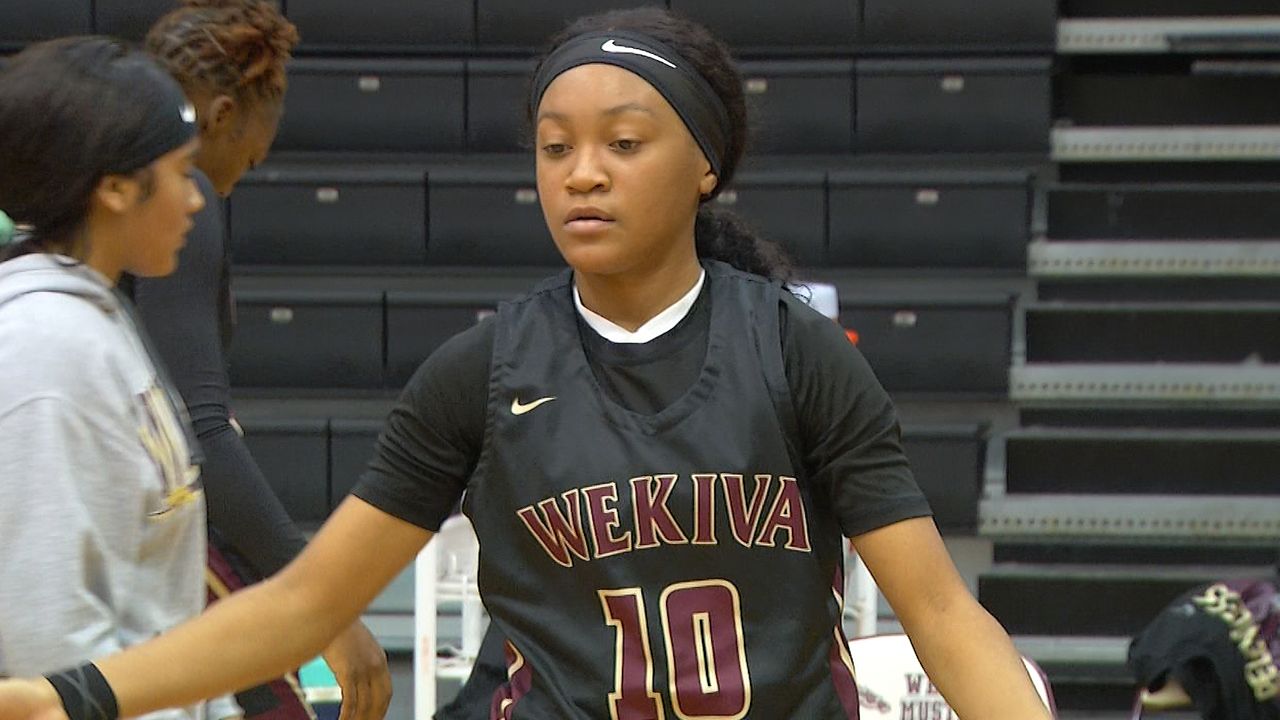 Wekiva's Jada Eads hoping to lead the girls basketball team to a state championship this year. They were the 7A runners-up last year. (Spectrum News 13/Nick Allen)

Athlete of the Week: Wekiva's Jada Eads wants another shot at a state championship

APOPKA, Fla. — Heartbreaking losses can motivate a team, even a year later. Last year, the Wekiva’s girls basketball team lost the state final in the final minute of the game. This year, they are lead by sophomore guard Jada Eads as the team is off to a fast start with a 14-1 record.

"She wants to be better every time she steps on the floor. She is dynamic, she is exciting, her basketball IQ is for the charts," said Tommie Butts in his 10th season coaching at Wekiva.

"We have started off great. In practice, we keep motivated, not worried about the record. Just keep going," said Eads.

Jada was a starter at Wekiva as a freshman, a team that lost in the 7A state finals to St. Thomas Aquinas last year. This year, her role has changed.

"They put me on the ball more than last year," said Eads. "Talking more on the court because last year we had a leader and she is gone so I have to lead more now than usual."

She has also learned at lot from last year's loss to St. Thomas. With Wekiva leading 60-59 with a minute left in the game, Eads turned the ball over at half-court that led to the go-ahead score for St. Thomas.

"She really took it personally last year with the loss," said Butts.

"We want to finish off with a championship win because we were short last year," said Eads. "The thing about the lose when we went back to the locker room and everyone was just mad."

This year, Eads and the team feel they have something to prove.

"She takes this team personal and she is a great teammate and she loves to win," said Butts.