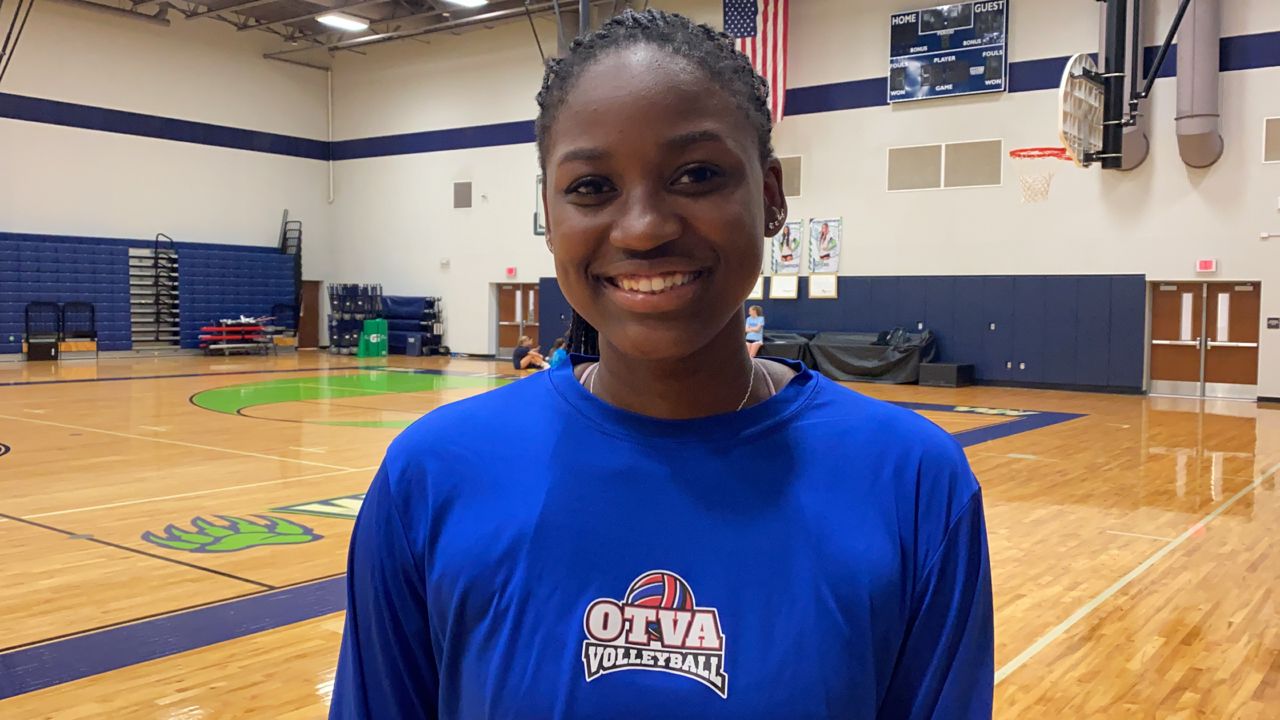 Windermere's Kiki Granberry signed her national letter of intent with the University of Tennessee on Nov. 10, 2021. (Spectrum News 13/Nick Allen)

ORANGE COUNTY, Fla. — Windermere High School’s girls' volleyball team made school history by reaching the state finals for the first time. One of the reasons is the play Southeastern Conference signee Kiki Granberry.

"I’ve signed to play at the University of Tennessee," said Granberry. "I’ve loved the campus as soon as I got on it and also the coaches are really welcoming. They push all their players to become the best they can and also it’s in a really good conference that I will be able to get the best of my abilities."

She has been playing the sport for seven years but does not know what brought her to volleyball.

"My brother, he grew up playing football and whenever I would go to school to his practices, I asked my mom to go buy a volleyball from Walmart down the street," said Granberry. "I would always be hitting and passing around the ball and when she finally put me in the sport I fell in love with it."

She enjoys that it is a team sport, but one where you don't have to bump into other people.

"I love how it is not a contact sport because I don’t like getting injured and be up on other people’s face," said Granberry. "I do love that it is a team sport and I get to make new friends with every team I play with."

First-year head coach Daniel Fuentes says Granberry says she is a leader on the court.

"I think she leads because everybody looks at her because how aggressive she is," said Fuentes.

"I attract other people to my personality and I feel me being a captain, it feels really rewarding because I have a very talkative and outgoing personality," said Granberry. "My teammates trust me and I trust them and we can talk about anything."

Windermere High School would ends its season with a 27-4 record and was the 7A state runner-up.