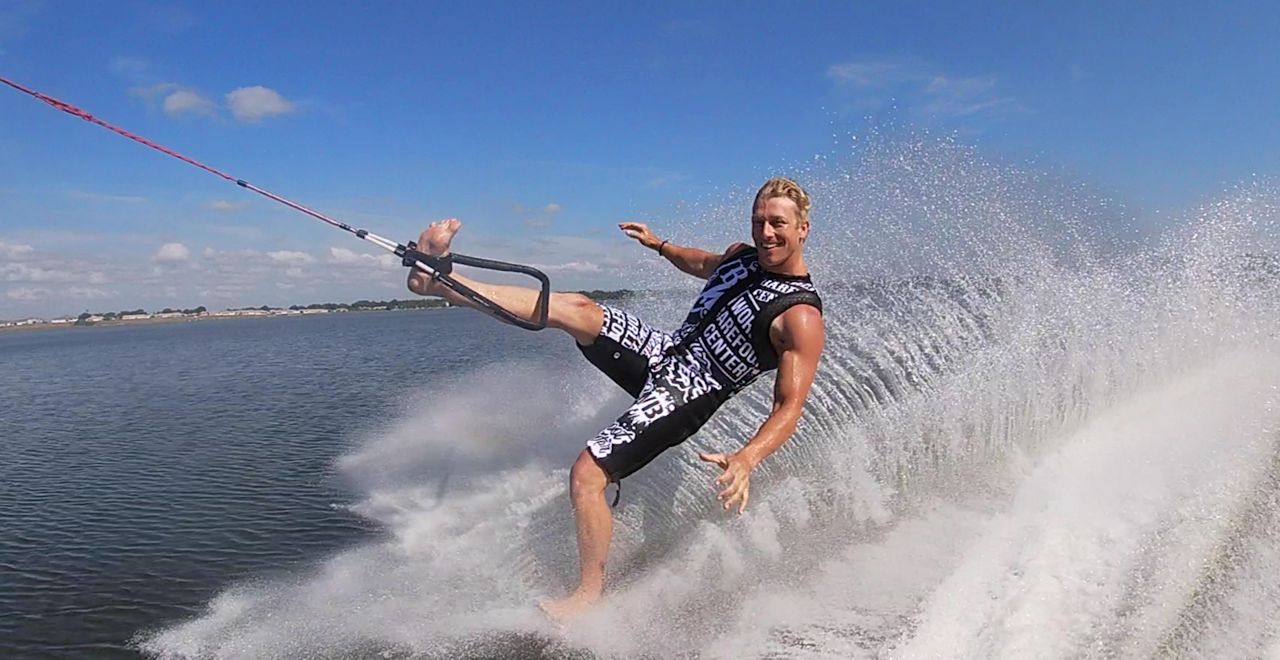 Ben Groen performs one of his tricks on Lake Rochelle in Winter Haven. (Spectrum News/Nick Allen)

WINTER HAVEN, Fla. — A man doing a pushup on moving water? It's just another day on the water for Ben Groen as he gets ready to create another viral moment.

“That last one really did blow up,” he says.

Groen is talking about a TikTok video featuring him doing pushups while water skiing. It's just one of the many tricks the professional water skier has mastered — all of them on his bare feet.

It's a sport he's been working on since he was a kid.

“It was a big family deal for me. I was born and raised in New Zealand, and I grew up water skiing there with my family. My dad was a competitive water skier as well,” Groen says.

More than 10 years ago, the former New Zealand national champion brought his talents to Florida to train and help teach at the World Barefoot Center in Winter Haven.

“Now, I just love being on the boat every day, teaching other people, passing that passion on," Groen says. "Whether it’s learning a new trick or learning for the first time, it’s really cool seeing other people have that success and excitement.”

And it’s not just Groen lifting up others around him. His fiancee, Ashleigh Stebbeings, knows a thing or two about the sport.

“She’s always keeping the rest of the guys on our toes, let alone the girls,” Groen says.

The Australia native says she's always pushing to be better.

“It’s mentally and physically challenging when you’re out there, because you’re only skiing against yourself. But I feel like there’s always something to learn,” Stebbeings says.

Stebbeings and Groen have always enjoyed learning together.

“Ben and I actually met back in 2003, when we were doing an Australia vs. New Zealand tournament,” Stebbeings says.

"About 10 years ago, I was already working here at the World Barefoot Center. She came over to train for about two and a half months,” Groen says. “Now, we run the school together, and we travel and compete together and all of that kind of stuff.”

“It's pretty cool to share our passion on and off the water,” Stebbeings says.

They hope that passion will help the future of barefoot water skiing.

“It’s just really cool because I know the rush I get from barefoot water skiing, so it’s cool to pass it on to other people," Stebbeings says.