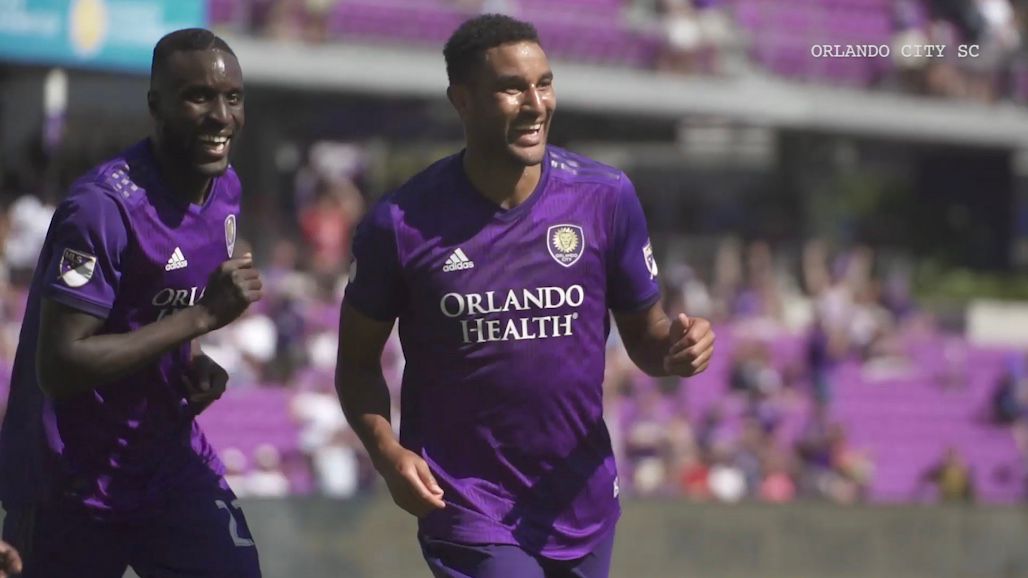 Change is a good thing for Orlando City's Tesho Akindele

Change can be a good thing.  It’s working out well for Orlando City and Tesho Akindele.  The former MLS Rookie of the Year was acquired in a trade this offseason with FC Dallas.  Akindele is currently on pace for a new career high in goals.

“I think it’s a combination of a lot of things,” Akindele said when asked about what’s working so far in Orlando.  “The coaches have showed a lot of faith in me, I think I’m surrounded by great teammates right now and just a little bit of luck.”

Akindele has six goals so far in MLS play with Orlando.  He’s also performed well in the Lamar Hunt U.S. Open Cup.  He scored the eventual game winner versus the New England Revolution.  He also hit the first penalty kick in Orlando’s dramatic victory over NYCFC.

“I live for moments like that,” Tesho said.  “How often can people experience a moment like that where there’s thousands of people waiting to cheer for you, the pressure is on.”

Akindele played for several playoff teams with FC Dallas.  He believes Orlando City has a great chance to make its first playoff appearance in franchise history.

Coming to Orlando isn’t the only major change Akindele has experienced this year.  His wife was eight and a half months pregnant at the time of the trade.

“It’s crazy man like literally she got here after the first two weeks of preseason and 3 or 4 days later she was giving birth,” Akindele said still in disbelief.   “So she’s a trooper she’s a really trooper.  But we made it through, now we have our beautiful baby boy.”

Akindele and his wife are the proud parents of Hayes Akindele.

“I love it man. Big life change for sure.  I’ve got to change the way I manage my time, can’t play as much video games as I used to,” he joked.  “But I really love it. I love spending time with him.”

As Akindele starts to raise his own son, he thinks back to how his father raised him.

“I’ll start with my father being from Nigeria.  That was the key determining thing in me becoming a soccer player.”

Akindele’s father is Nigerian.  He came to Canada for college where he met Tesho’s mom.  Tesho was born in Canada, but raised in Colorado.

“Like as soon as I could walk I was kicking a soccer ball because that’s just the culture of Nigeria,” Akindele says.   “And he was my coach my whole life growing up he’s a big reason why I am the player I am today.”

Akindele is as well rounded in school as he is in culture.  He studied electrical engineering at the Colorado School of Mines.  He left early to pursue his soccer career, but was able to complete a degree in general studies through a MLS program.  He’s now pursuing his Master’s in finance.

“You can only be a soccer player for so long,” Akindele said.  “I like learning, I like trying new things, I like challenging myself.  I don’t know what’s next that’s why I just want to go to school and be prepared so when an opportunity presents itself I’m prepared.”

Goal scorer, father, student.  More than anything Tesho Akindele just wants to be known as a good person, a lesson he learned from his mom.

“My mom wants you to know that I am a good person,” Akindele said.  “It’s something I carry with me, she said I don’t care what people think about you as a soccer player, make sure they know that you’re a good person, a nice person.  So I try to be a good positive influence on anybody I meet.”