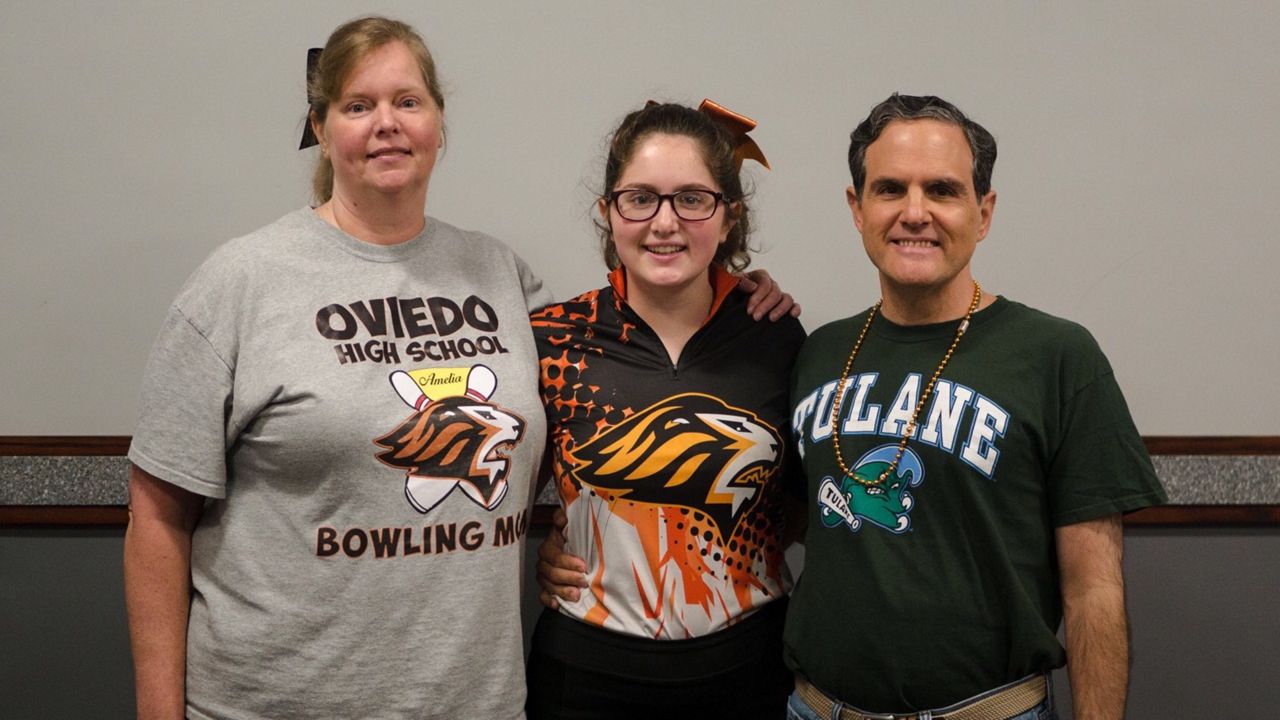 Competitions and sports do not slow down during the summer time. Just ask Oviedo High School bowler Amelia Vasquez whose bowling off-season hit a pinnacle at the US High School Bowling National Championships. Our Despina Barton showcases Vasquez as this week’s Athlete of the Week:

Amelia Vasquez started bowling in the seventh grade in a small town in Indiana.

“After school, every day, I’d pretty much come up to the bowling center and get to bowl two free games and that’s where I picked up my love for the sport,” Vasquez said of first picking up the sport.

“She led the county this year averaging 201 pins as a senior,” Pat Costello said of her time coaching Vasquez.

“She’s come a long way not so much in her bowling ability because she’s always kind of had that. But she’s worked very hard and she’s grown more as a person and a leader for her team more than anything else.”

Vasquez loves how the sport requires her to think while actively participating.

“I really like the mental challenges behind it,” Vasquez added. “It’s just so fun getting all those 10 pins in one shot, you just feel energized from that.”

And she was on a role competing in her fourth and final US High School National Championship in Indianapolis at the end of June.

“Amelia just moved up, moved up and moved up finishing ninth by three pins to make it to the next round,” Costello described of the tournament. “It was kind of tough but she averaged 219 pins—there’s nothing wrong with that and we are very proud of her.”

She was the top singles finisher from Central Florida.

“This year kind of just felt natural almost and I really that’s where experience came into it,” Vasquez said of her play.

“Just coming and being able to compete again one last time for Oviedo was just an amazing feeling and I am just super blessed to have been able to make it to ninth.”

And the bowling doesn’t end here for Vasquez as she is taking her small town passion to the big leagues. This fall she’ll enroll on a partial bowling scholarship to Tulane University in New Orleans.