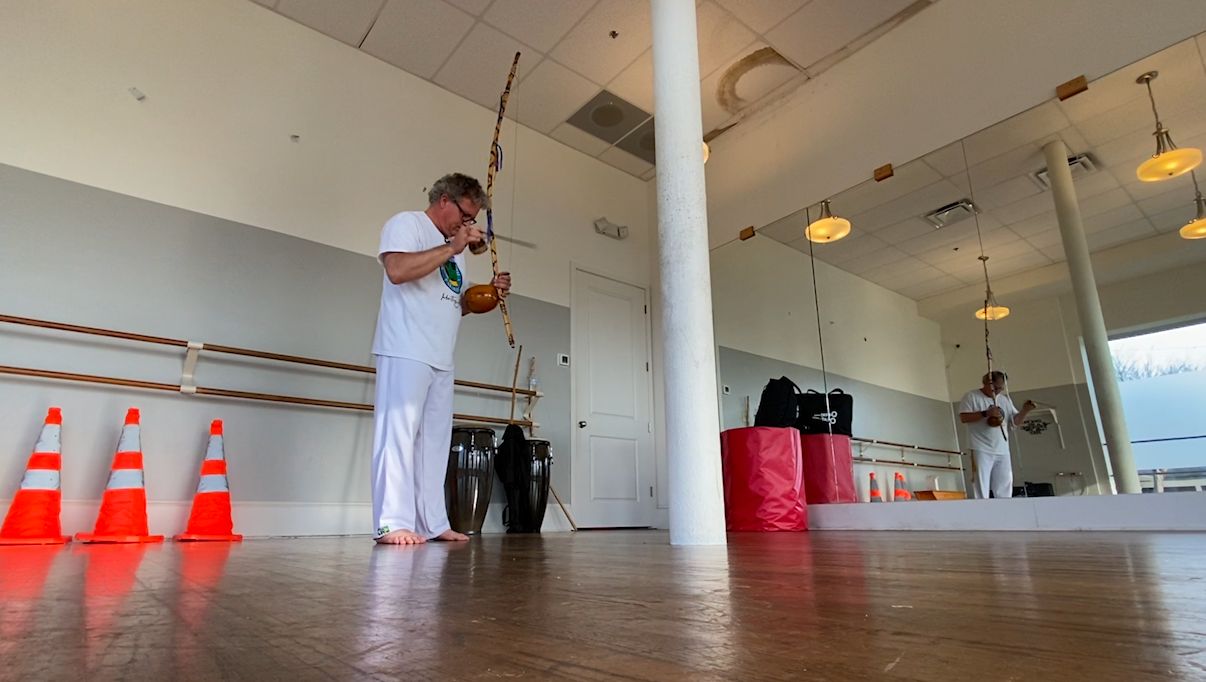 Sharing The Art Form of Capoeira In Lake County

“This is called a berimbau. This is the heart and soul of capoeira right here,” said Ed Anderson, the owner of Mount Dora Capoeira.

This musical bow is what Ed Anderson uses to lead his classes at Mount Dora Capoeira.

“Capoeira is a martial art that was invented in Brazil approximately about 500 years ago by the slaves of Brazil as a way to fight,” said Anderson. “But they disguised it as a dance and they used it to win their freedom.”

Here, Anderson is called Tite. He has a bachelor’s and master’s in music education. And through teaching music, he was introduced to capoeira by one of his students. Tite says it’s brought him a sense of freedom.

“It’s really opened up a world of peace and balance for me and that’s what I try to give my students,” Anderson explained.

Anderson calls this one of the most difficult martial arts because of all the elements you have to master.

“It’s like a song. It flows, it moves, it has you feel,” said Anderson. “Practice the movement and learn to accept the movement. You also have to practice being a musician and being a singer and an instrumentalist.”

Tite’s been leading capoeira classes for four years. He hopes his students learn the moves but also learn to appreciate the Brazilian culture at the same time.

“What I want to impart on my students is to do that, to love the differences. To see that the differences are what make you stronger,” said Anderson.

And not just differences in culture, but also different things that may set some students apart from others. Joseph Gallo has autism and has been attending classes for a few months.

“Well, I guess I can say it’s to meet new friends and learn some new things,” said Joseph Gallo, a student at Mount Dora Capoeira.

The 11-year-old’s working on coordination and social skills and he’s not afraid to go against anyone.

“I learn kicks, I learn round kicks, I use defenses like the coconut,” said Gallo.

Joseph’s learning everything about the art form. From the movement, to the philosophy, to the music.

Gallo’s mom Cara was told he wouldn’t be able to do a lot of things because of having autism. But through capoeira, she’s seen improvement in many areas.

“His confidence, his desire to talk to other people, have a conversation,” said Cara Gallo, Joseph’s mom.

When you watch Joseph, it’s clear he’s enjoying every minute.

Tite says it’s been an honor to teach Joseph. And he hopes all his students will be able to spread the philosophy of capoeira all around them.

“Maybe put a little peace back into the world and maybe the people that we teach it to will spread it to other people and maybe it might help make the world a better place, if just for a little while,” said Anderson.