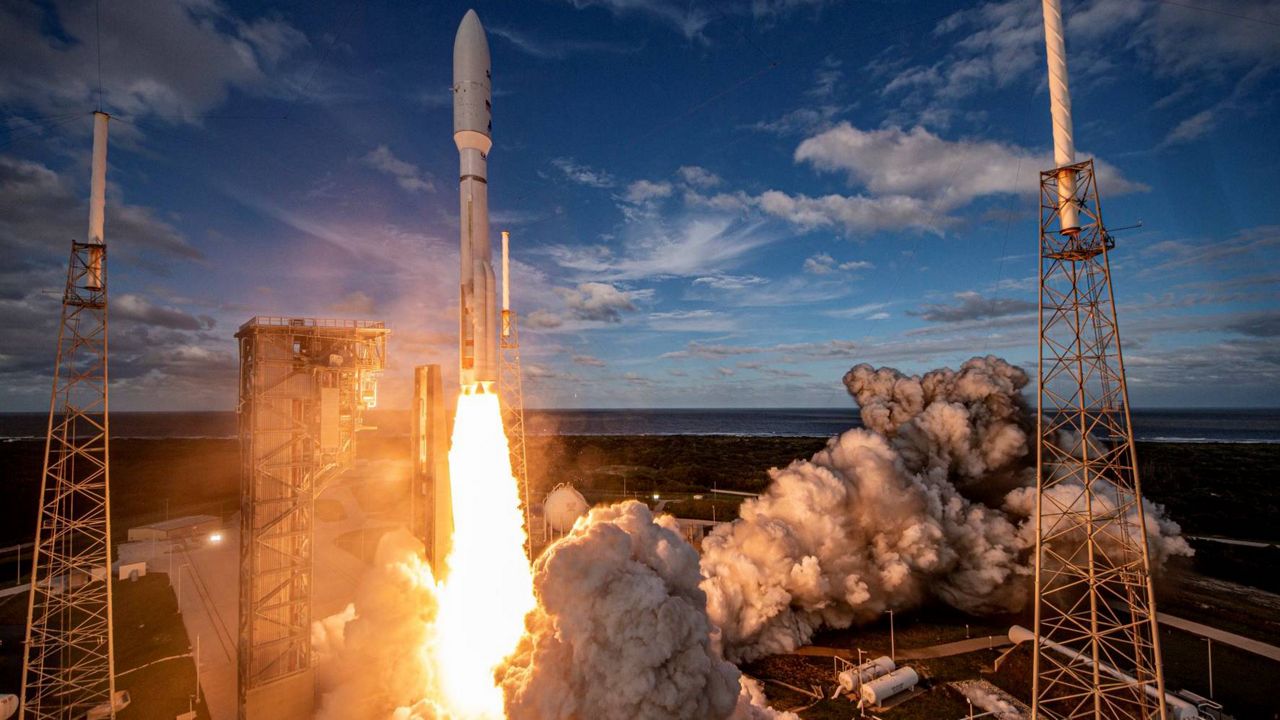 The two broadcasting satellites are from the SES company, which is based in the European country of Luxembourg.

“With SES-20 and -21, SES will continue to deliver C-band broadcast and radio services as well as critical data network services in the coming months,” ULA explained in a press release.

Aerojet Rocketdyne built its RL10C-1-1 engine for ULA’s second stage Centaur, which will take the satellites to their final destinations.

These satellites have their own propulsion systems that will help them orbit at 22,300 miles above the equator, which will operate over the continental United States.

“The satellites will usher in the Federal Communications Commission’s 5G Fast initiative, requiring satellite operators such as SES to clear from the lower 300 MHz to the upper 200 MHz of C-band spectrum to make way for 5G mobile services,” stated ULA.

Our #AtlasV has arrived at its Cape Canaveral pad for Tuesday's launch of two @SES_Satellites commercial spacecraft that will relay TV channels to more than 100 million homes across America. Launch time is 5:36pmEDT (2136 UTC).