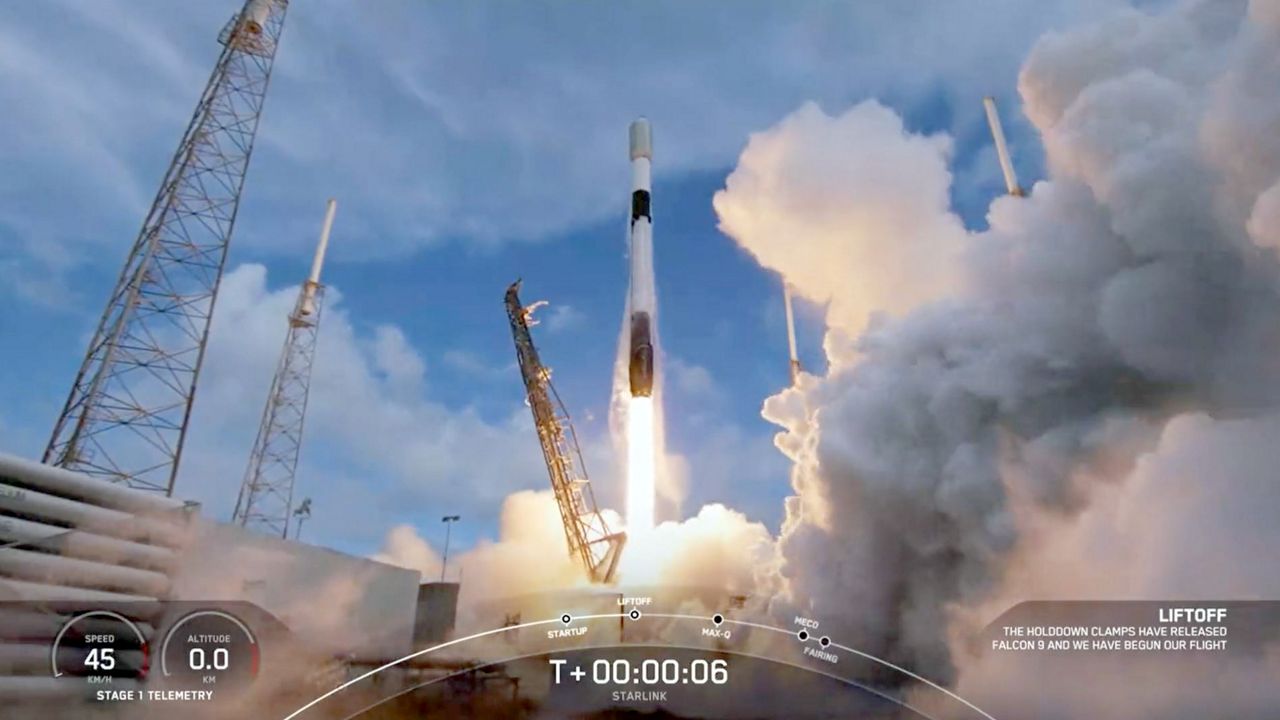 CAPE CANVERSAL SPACE FORCE STATION — It was another successful launch from the space coast as SpaceX sent off more Starlink satellites into the sky Sunday morning.


The company sent off 53 Starlink satellites to low-Earth orbit, courtesy of SpaceX’s well-known Falcon 9 rocket. It tied the total number of launches the company sent to orbit in all of 2021.

The first-stage booster of the Falcon 9 rocket, called “B1051-13”, for this mission has seen a lot of action: It was used for the Dragon’s first crew demonstration mission, SpaceX stated.

It has also been used for other missions, such as the RADARSAT Constellation Mission, SXM-7 and nine other Starlink missions.

A few minutes later after stage separation, the booster landed on the Just Read the Instructions drone ship stationed in the Atlantic Ocean.
With this launch, SpaceX is in a very comfortable position to keep its goal of launching an average of once per week this year.

The Starlink satellites provide internet access coverage to most of the round planet and give an advanced broadband capability for activities like video calls and streaming.

This launch comes just a few days after SpaceX launched its 25th Commercial Resupply Services (CRS-25) mission with NASA to send supplies and science to the International Space Station (ISS) on Thursday, July 14.

Earlier this month, SpaceX launched a pair of Starlink missions, one from Cape Canaveral Space Force Station and the other from Vandenberg Space Force Base.

Following the CCSFS launch on the morning of July 7, SpaceX announced the availability of Starlink service for maritime vessels. It noted that it switched its own fleet of ships from using geostationary satellite internet (VSAT) to Starlink, which the company said resulted in a 95% reduction in latency and a 70% reduction in cost.

Starlink Maritime allows you to connect from some of the most remote waters in the world → https://t.co/Qa48wiYN5f pic.twitter.com/Vd3Bli6id2

SpaceX has previously stated that the first generation of satellites will add up to around 4,400 active unites in its first-generation network, according to a filing with the Federal Communications Commission.