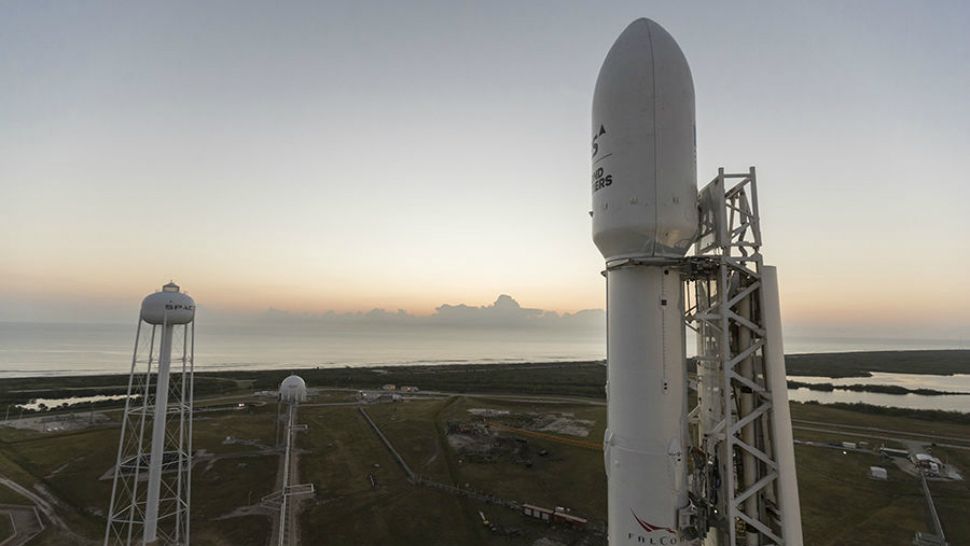 In this file photo from April 2017, a SpaceX Falcon 9 rocket sits on a launch pad at Cape Canaveral Air Force Station. (SpaceX)

CAPE CANAVERAL, Fla. -- SpaceX has pushed back a planned overnight rocket launch from the Space Coast.

The previously used Falcon 9 rocket had been set to lift off with a communications satellite at 12:29 a.m. Friday from Cape Canaveral Air Force Station.

On Thursday morning, SpaceX said it was standing down from the launch to run more tests on the Falcon 9's second stage.

The rocket itself and the payload were fine, the company said.

SpaceX is now targeting Monday for the liftoff of the SES-12 mission from Space Launch Complex 40. The launch window opens at 12:29 a.m. ET.