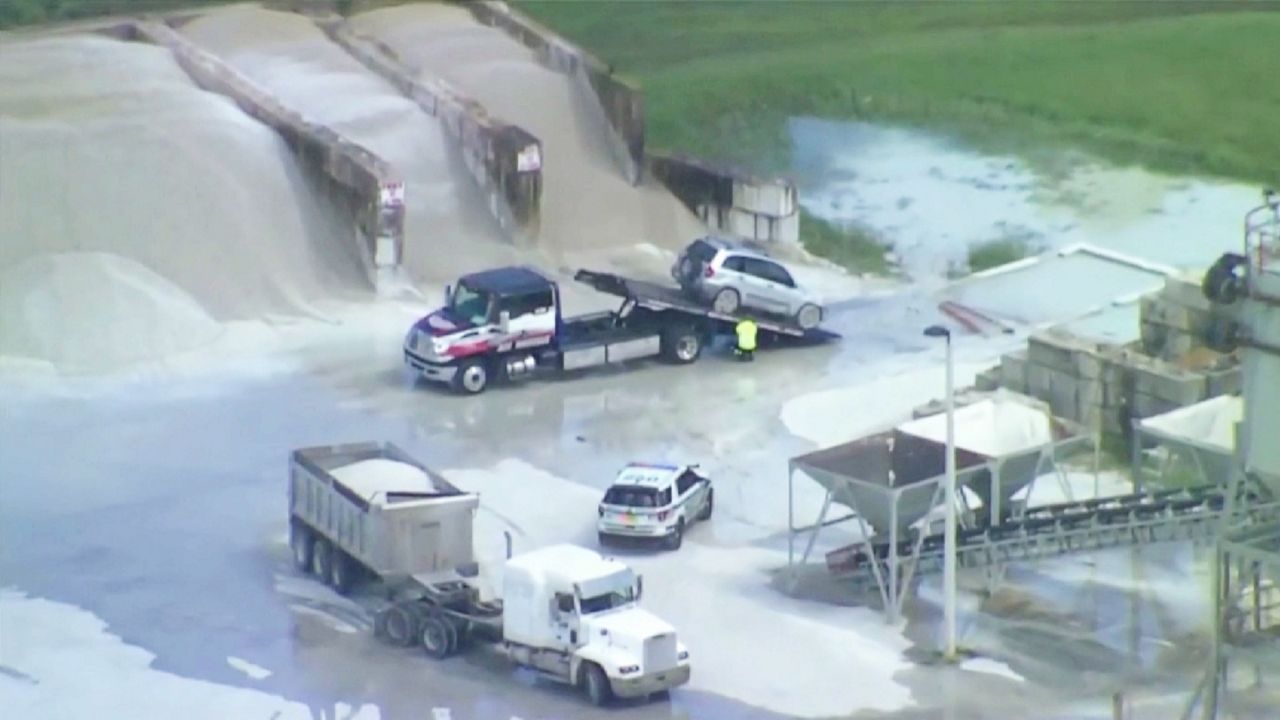 Authorities say that the 16-year-old girl was forced into the Toyota RAV-4. The Amber Alert was canceled for her, but authorities would still like to speak with her. Alexander Lopez is accused of forcing the girl into the SUV. He is in custody. (Spectrum News)

ORANGE COUNTY, Fla. — Orange County investigators are still hoping to speak to the teenager whose disappearance sparked an Amber Alert on Friday. They believe the girl is safe and say the suspect who is in custody is not cooperative.

Detectives said they were made aware that the girl was spotted on video, not injured and seemingly safe, from a timeframe shortly before Alexander Lopez, 44, in the case was apprehended.

"We do not know who the female is. We are still working on that. Thankfully, the Amber Alert we put out worked fantastically. We immediately got calls and we want to thank the public for that and we want to thank a citizen who called us after spotting the vehicle based on the Amber Alert," said Detective Cpl. Nikki Harper of the Sex Crimes Unit of the Orange County Sheriff's Office.

Sheriff's detectives said they still do not know the female’s identity, and they would like to talk with her to determine if she was victimized in any way. She is not in any kind of trouble, the sheriff's office assured.

A man had been detained in connection with the alert. Investigators say, around 7:03 a.m. Friday, an unidentified Hispanic male in his mid-forties and about 5-feet-6-inches tall, was seen forcing the teen into a vehicle at a gas station on the 3200 block of South Goldenrod Road in Orlando.

The Florida Department of Law Enforcement says the teen’s name is not yet known, though she is described as either a white or Hispanic female with long brown hair, who is 5-feet-6-inches and weighs 135 pounds.

Detectives are looking for this man who is suspected of possibly abducting the female earlier this morning. If you have seen them, or this Toyota RAV-4 (TAG: 504RXA) please call 911 immediately. pic.twitter.com/q9BlRLoFYQ

Just before 5 p.m. the sheriff's office announced it had apprehended Lopez. They believe he is the man who forced the teen into a vehicle. They also say he is not cooperating with authorities.

He is also facing half a dozen charges including fleeing and reckless driving.

AMBER ALERT UPDATE: OCSO deputies have apprehended Alexander Roman Lopez, the man detectives believe forced a young woman into a stolen car. this a.m. He's not cooperating w/detectives, we are still searching for the young woman. Call 911 if you spot her or saw them together. pic.twitter.com/3Zaqtxfla1