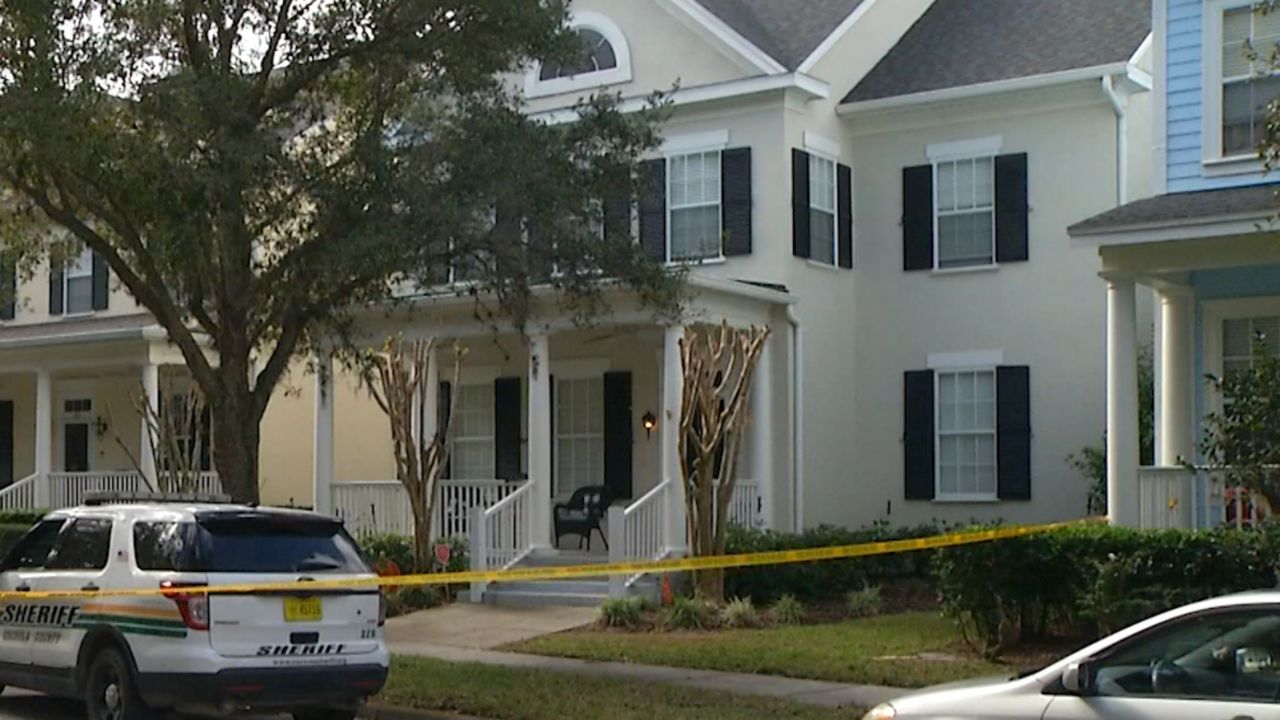 Sheriff's investigators were still at a Celebration home more than 24 hours after 4 bodies were found inside and a man taken into custody. They've been tight-lipped on any details but did say that although the man is linked to the case, he has not been arrested or charged. (Jeff Allen/Spectrum News)

Celebration Residents on Edge After 4 Bodies Found in Home

CELEBRATION, Fla. — Residents in the Disney-designed community of Celebration remained in shock more than a day after deputies found four people dead inside a large, two-story home there and took a man into custody.

Investigators with the Osceola County Sheriff's Office were still at the home on the 200 block of Reserve Place on Tuesday after first being called out at about 9 a.m. Monday.

Michelle Augustin lives next to the home and said it’s been hard to sleep since law enforcement descended on her neighborhood.

“I had trouble sleeping last night because it’s right next door,” she said. “It’s horrible. You don’t see this in real life. You think it’s just in the movies — it’s not going to really happen — not to a family that seemed happy.”

The Sheriff’s Office initially responded to the home to check on a family who investigators say had been reported missing on social media.

Another neighbor said that when deputies got to the home, they took a man into custody. Investigators said the man is linked to the death investigation, but he has not been arrested or charged with anything at this point so have not released his name.

“I hadn’t seen the family in weeks,” Augustin said. “They used to park in front of us, so we’d see them every day come in and out with the kids. Last time I saw them was Thanksgiving time.”

Court records show that in late December, the homeowner filed an eviction notice against a man and woman renting the home.

Augustin said that last Friday, the owner of the home showed up.

“He wanted to see if we had seen the family, and we hadn’t seen them, so the owner of the house had actually come by and was looking at the house from all angles,” Augustin said.

The homeowner told Spectrum News on Tuesday that he says he didn't know much about the death investigation but he was upset to hear what happened.

The Sheriff’s Office has not released the names of the people found dead in the home. It said it's working with the Medical Examiner and State Attorney's Office and awaiting autopsy results. More information was expected to be released Wednesday.

Sheriff Russ Gibson has described the case as "an isolated incident," with "all parties involved in this investigation are accounted for." He offered no other details.

Meanwhile, residents in Celebration were on edge.

“It’s awful to think about,” Augustin said. “I want answers, but I don’t know if we’ll ever get answers.”