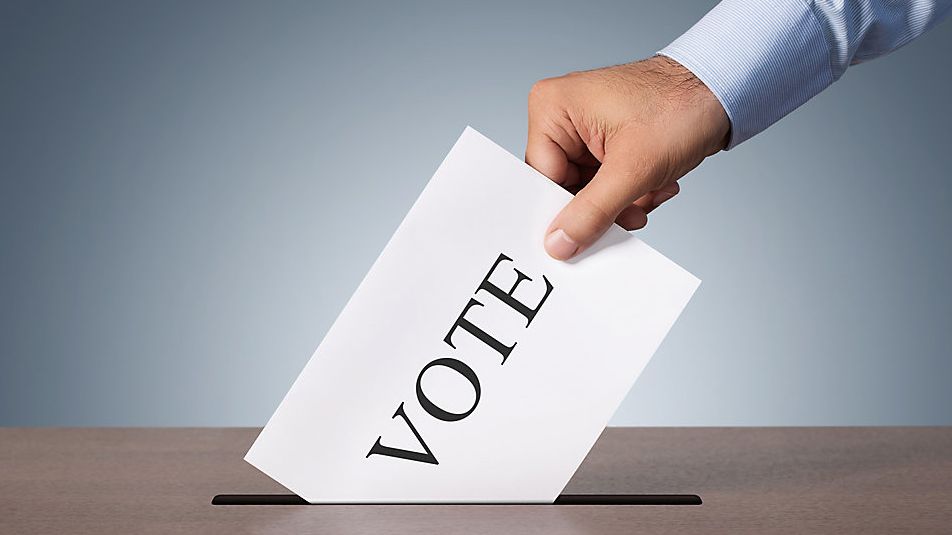 The poll surveyed 669 likely Florida voters across the state and was conducted from Sept. 18-25. (file photo)

According to an exclusive Spectrum News/Siena College poll, Republican Ron DeSantis has a 49% to 41% edge in retaining his job as Florida’s governor over Democrat Charlie Crist.

The poll surveyed 669 likely Florida voters across the state and was conducted from Sept. 18-25.

“He’s the governor…given his growing national image and recognition, he’s an even larger figure,” said Don Levy, the Director of Siena College Research Institute. “A big issue will be how well did DeSantis perform in the aftermath of the hurricane…(it) could make this race a landslide, or tilt the other way.” 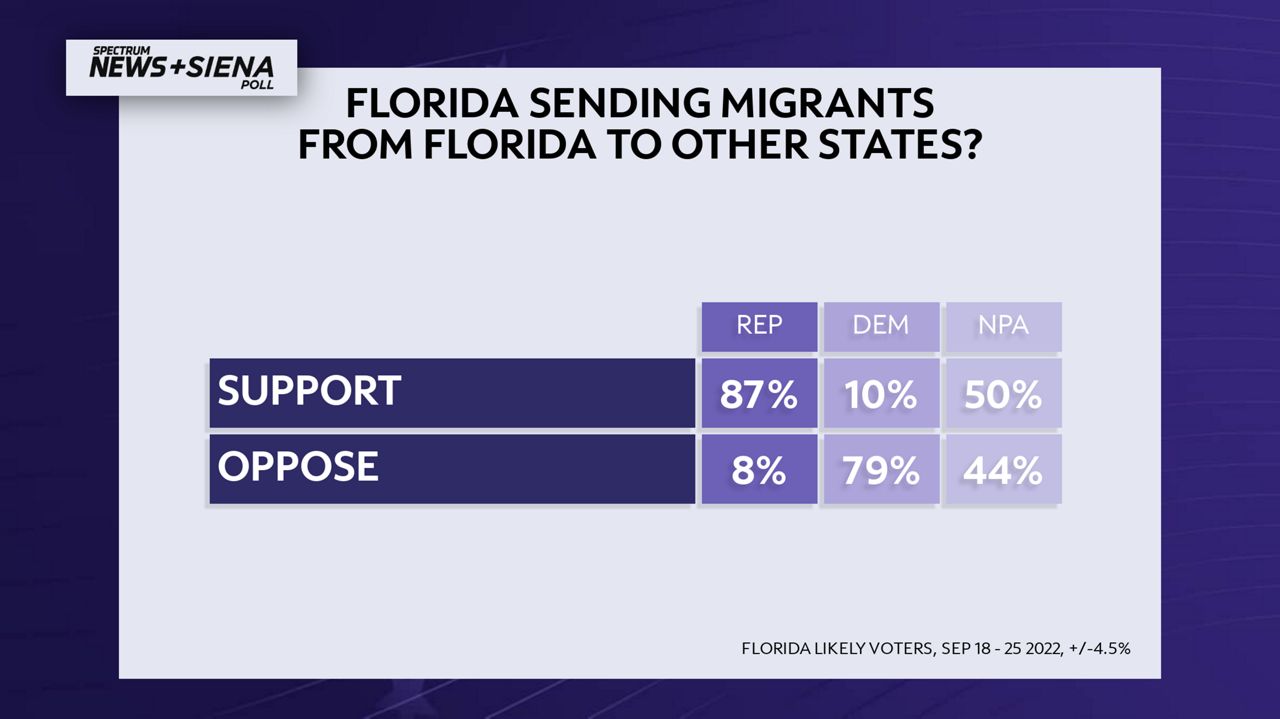 A race on the issues

Should DeSantis prove to be a capable crisis manager, akin to former New York City Mayor Rudy Giuliani in the aftermath of the Sept. 11, 2001, terror attacks, a second term as Florida’s governor may be all but assured. But if he fails for one reason or another, that could cost him.

That’s not to say, Levy cautioned, that the campaign should drive recovery efforts — rather, it’s the reality that Election Day will come regardless.

DeSantis has seemingly fought to make himself one of the country’s most prominent Republicans since his election. Most recently, he gained a broad measure of attention for using public funds to fly migrants to Martha’s Vineyard, Mass. According to WJXT in Jacksonville, the state paid $615,000 for flights; Newsweek reported that DeSantis allocated $12 million to transport migrants outside of Florida.

A plurality of Floridians supported the state’s plan to send migrants from Florida to other states: 50% of surveyed voters supported the plan, while 44% were opposed. Along party lines, 87% of Republicans were in favor, while Democrats were 79% against. 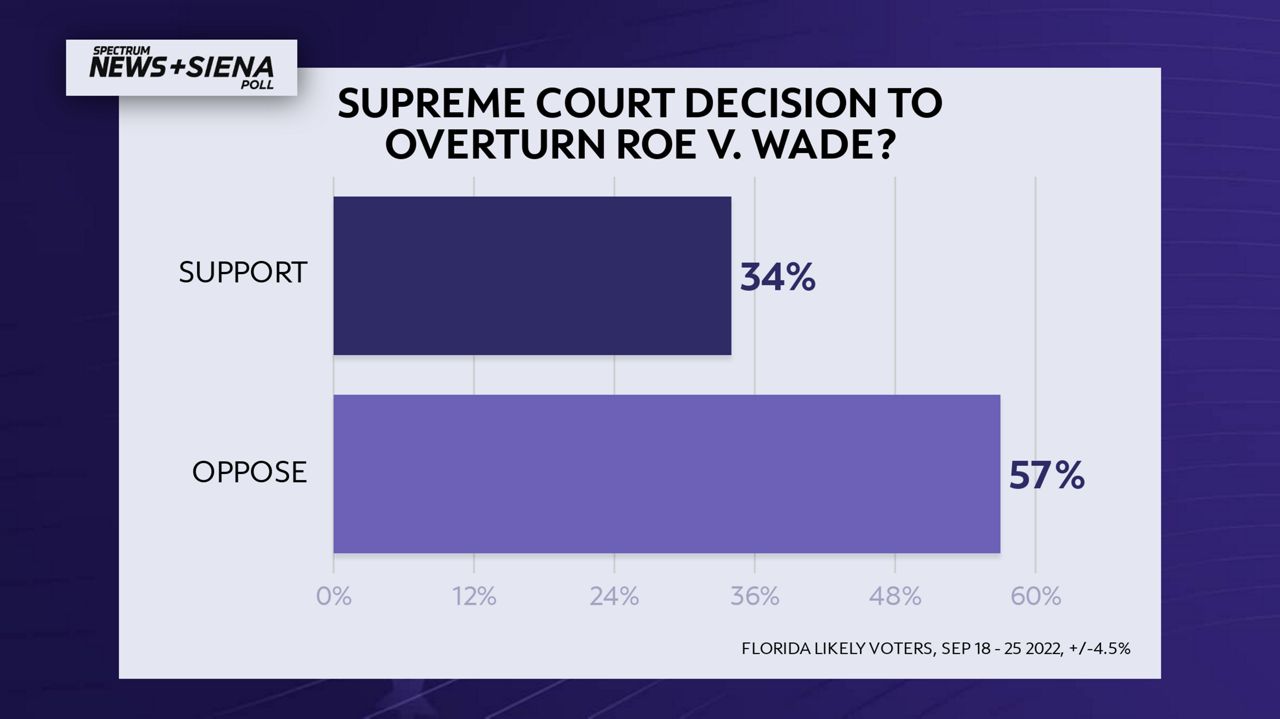 Could abortion play a role in Florida?

But even along party lines, Floridians aren’t necessarily in support of recent state laws seeking to take political advantage of national cultural flashpoints. 57% of surveyed Floridians opposed June’s U.S. Supreme Court decision that overturned Roe v. Wade, ending nationwide protections to abortion. On the local level, 50% of surveyed voters opposed the Parent Rights in Education Law (also known as the “Don’t Say Gay” Law), and 51% of those surveyed opposed the Stop the Wrongs to our Kids and Employees Act, also known as the "STOP Woke Act," which in part prohibits teaching of “critical race theory” in public schools.

“Our rule of thumb in polling often is if you have a new initiative, until politicians get about 60% of the general public in favor, they seldom push it across the finish line,” Levy said. “But here you have several initiatives that are not even close to 60%,” he said, noting a Florida legislature that is not necessarily in line with the will of the people.

While Floridians don’t seem to broadly support those bills, they do seem to largely be happy with how the state is running (55% say Florida is on the ”right track”), unhappy with the direction of the United States (63% say the U.S. is headed in the “wrong direction”), generally favorable toward prominent Republicans, and opposed to Democrats, within the state.

“You’ve gotta remember in elections in America for the most part — with a few exceptions — it’s all red-team, blue-team, and that’s all there is,” Levy said. 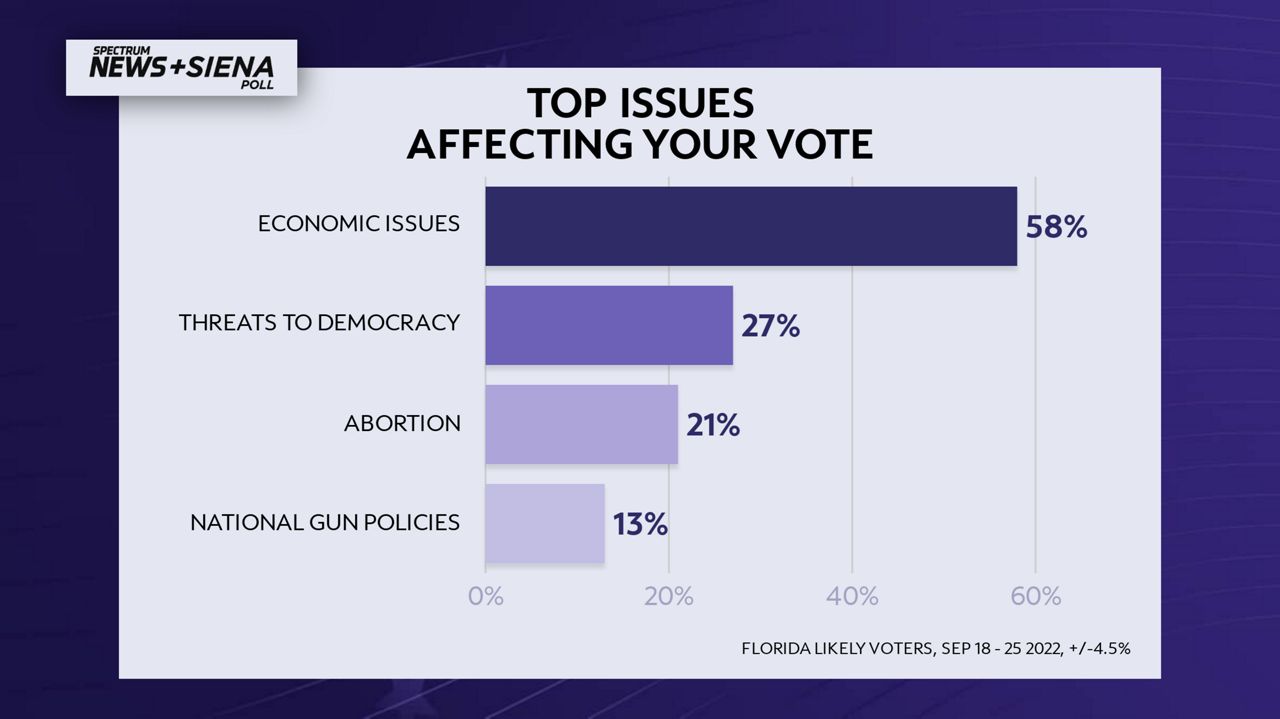 For Floridians, the economy reigns atop the issues

Florida voters’ priorities lie largely with the economy: 58% of those surveyed asked about their top priorities at the polls focused first on economic issues, followed by threats to American democracy (27%), abortion rights (21%) and immigration (23%). The majority of voters surveyed admitted that the current economic squeeze has led them to cut back on groceries, retirement savings and leisure spending; however, the majority of voters acknowledged that they haven’t cut back on using their cars, or on health care.

But there’s one further split that indicates the schism among party lines. Of those surveyed, 59% believed that Joe Biden legitimately won the 2020 presidential election, and 26% believed Donald Trump won. Of that minority, 59% are Republicans.

When he has a chance to breathe, post-hurricane, DeSantis is likely to be buoyed by the poll results. But he’ll have one more thing to hang his hat on, Levy said.

“We found that there is a meaningfully-sized group who are unfavorable toward Trump, but favorable to DeSantis,” Levy said, noting that the governor is stronger in Florida than the former president among about 9% of surveyed Floridians.

“So he’s slightly stronger in his home state than is the former president. I think DeSantis would find that gratifying.”

This Spectrum News/Siena College survey was conducted September 18-25, 2022, by telephone calls in English to 669 likely Florida voters. Telephone sampling was conducted via a weighted stratified dual frame sample of landline and cell phone drawn from the L-2 database of registered voters. Data was statistically adjusted by age, race/ethnicity, education, political party, regional vote pattern in the 2020 election, a combined measure of stated and derived vote likelihood, and gender to ensure representativeness. It has an overall margin of error of + 4.5 percentage points including the design effects resulting from weighting.