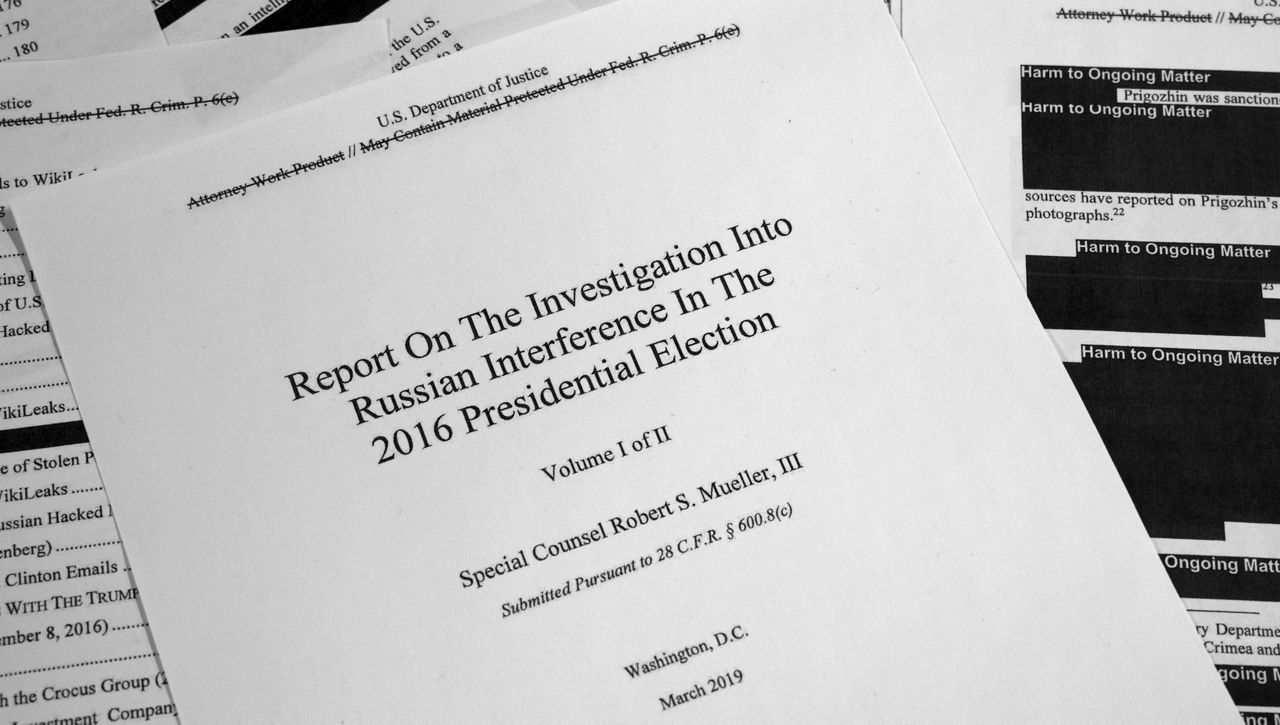 ORLANDO, Fla. — A quick search shows the word "Florida" comes up 30 times in Volume II of the Mueller report, including a mention that an intelligence arm of the Russian military gained access to at least one Florida county government network.

According to investigators, Russian hackers and companies focused on Florida because of just how crucial the state was in the 2016 election.

The report details how hackers and trolls would use specific messaging to target Florida and Florida voters in an effort to sway the 2016 election. The report states that the first reference — on page 31, refers to the “Internet Research Agency" or "IRA," which is a Russian based company that uses social media to influence political campaigns.

Florida Department of State's response to Mueller report about Russian "spearphishing emails to over 120 email accounts used by Florida county officials...the FBI believes [the GRU gained] access to the network of at least one Florida county government.” @MyNews13 @BN9 pic.twitter.com/m7F5wwAZEE

The Mueller report says the IRA held a series of pro-Trump rallies in Florida in August 2016.

Another interesting reference talks about the Twitter handle @TEN_GOP.

The Twitter handle claimed to be run by Tennessee Republicans, but was really run by Russian trolls. In 2016, President Donald Trump actually re-tweeted a message by @TEN_GOP that said: #VoterFraud by counting tens of thousands of ineligible mail in Hilary votes being reported in Broward County, Florida.

Page 51 in Volume II of the Mueller report says the GRU, which is an intelligence arm of the Russian military, sent spearphishing emails to more than 120 email accounts used by Florida county officials responsible for overseeing the 2016 election.

The report goes on to say GRU actually gained access to at least one Florida county government network. The report does not say which county that was. That may have been in a redacted area.

Then Sen. Bill Nelson claimed Russia had influenced the election which then Gov. Rick Scott refuted and demanded Nelson to provide evidence.

Spectrum News asked both sides for comment on the Mueller report and the new information regarding Russian influence into Florida's election system.

"Senator Scott takes the threat of Russian interference in our elections systems seriously. The FBI needs to provide any and all available information in relation to what is in the report to state elections professionals in Florida and Congress."

For his part, Nelson said:

"The Senate Intelligence Committee Chairman and Vice Chairman asked Sen. Rubio and me in June 2018 to send a letter to the
67 county Supervisors of Election to warn them of Russian intrusion in Florida. The Mueller Report makes clear why we had to take that important step as well as my verbal warnings thereafter."

However, a spokesperson for the Florida Department of State sent us a statement reading in part, "Upon learning of the new information released in the Mueller report, the Department immediately reached out to the FBI to inquire which county may have been accessed, and they declined to share this information with us. The Department maintains that the 2016 elections in Florida were not hacked."