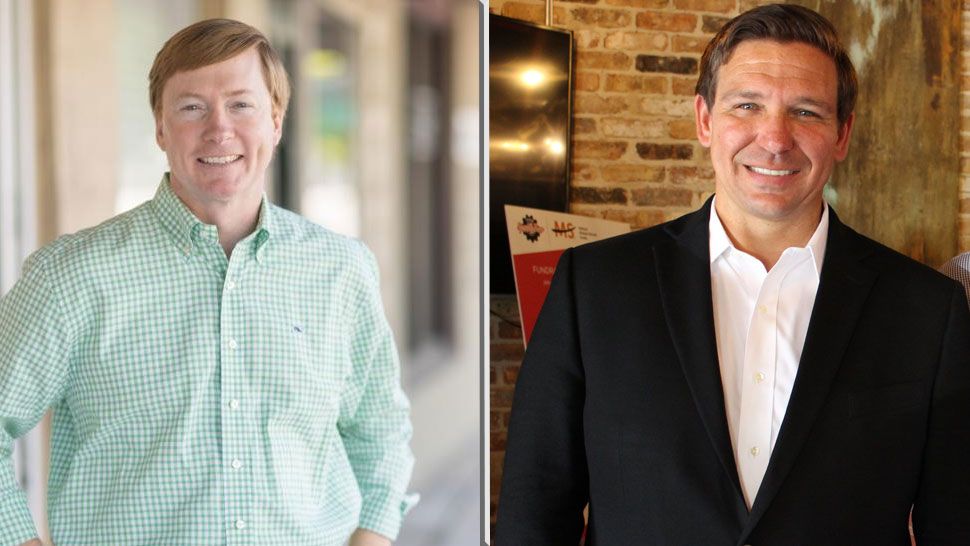 Ron DeSantis and Adam Putnam are neck and neck in our latest Decision 2018 Gubernatorial Poll. (File)

Decision 2018 Poll: Republicans give DeSantis a slim lead over Putnam

ORLANDO, Fla. -- As the clock counts down to the primary election on Aug. 28, the Republican primary for the governor’s seat continues to heat up.

Our exclusive Decision 2018 Gubernatorial Poll shows Rep. Ron DeSantis with a slim lead over Agriculture Commissioner Adam Putnam, with a difference of only 2 percent.

DeSantis is getting 40 percent approval and Putnam is getting 38 percent. Sixteen percent of the likely Republican voters we interviewed are undecided, while the rest of the field barely made it on the board.

With President Donald Trump endorsing DeSantis, many thought he would run away with the race, but that might no longer be the case.

“So it seemed as if he had all the momentum, and this race was all over but the shouting, as they say. But it appears that it actually is much closer,” said Dr. Aubrey Jewett, UCF Political Science professor.

One area where DeSantis is pulling ahead of Putnam is with conservative republican voters.

“The problem for Putnam here is that within the Republican electorate there are a lot more conservatives than there are moderates. So that is probably why DeSantis is ahead at this point,” said Jewett.

But in Putnam’s favor, he is fairing better with young Republicans ages 18 to 34. He received 54 percent favorability over DeSantis’ 22 percent.

Either way, the race at this point is far too close to even make a guess who could win. Jewett adds that if it stays that close, that a big deciding factor could be the 16 percent of undecided voters.

“There still is some percentage of Republican voters that haven’t made up their minds yet. And this poll definitely suggests that they could be the decisive factor. The undecided vote right now at 10, 15, 20 percent,” said Jewett.

Here is a deeper look at demographics and the background of likely Republican voters for the Aug. 28 primary, according to our Exclusive Decision 2018 Gubernatorial Poll.