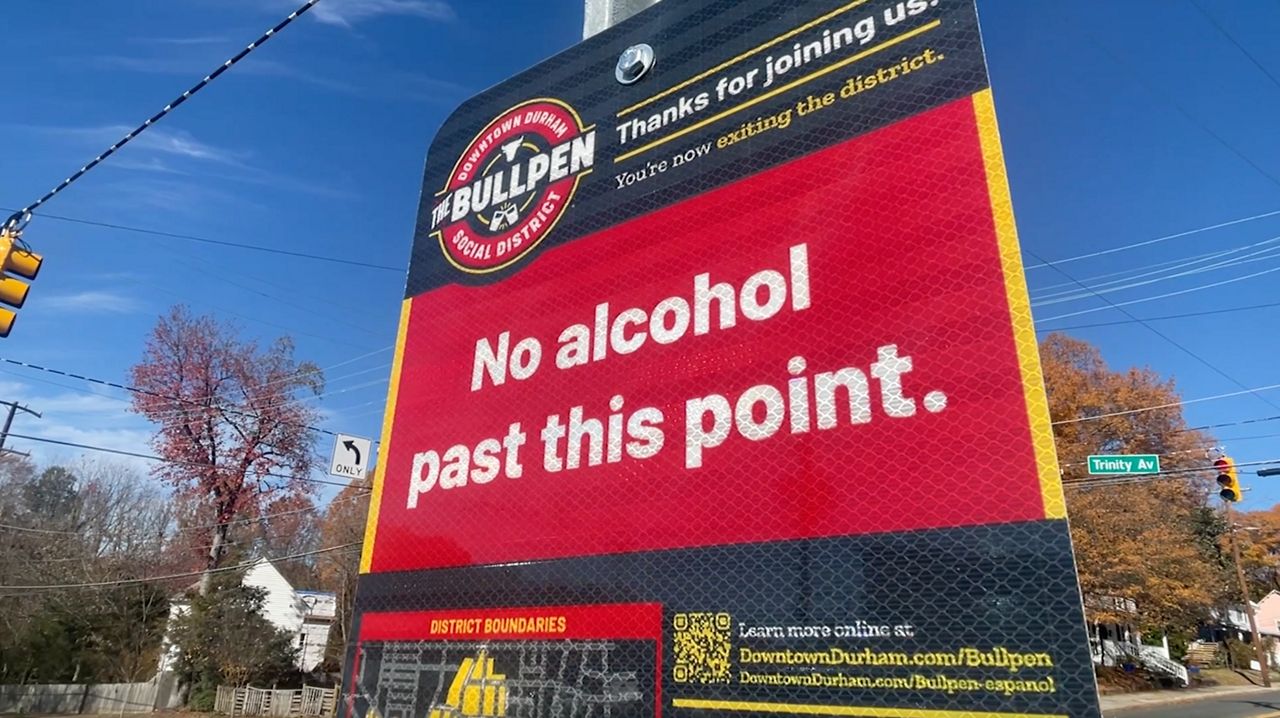 'This is the new era': Cafe owner excited for new Durham social district

DURHAM, N.C. — Durham’s social district known as “The Bullpen” went into effect Thursday. This means people are allowed to walk around a designated area in downtown with alcoholic drinks from 11 a.m. to 10 p.m. every day of the week, and a business owner within the district is excited for the change and is even extending his hours of operation.

People are allowed to walk around a designated area in downtown with alcoholic drinks from 11 a.m. to 10 p.m., every day of the week

“This is the new era and so how do we do our part? And it goes back to Durham. Durham has always been about community, and that's what separates us from others,” Dorian Bolden, the founder and CEO of Beyu Caffe, said.

Beyu Caffe has been a staple in downtown Durham for 13 years, and Bolden has seen the city change over the years.

“The nature of growth in downtown Durham, you’ll always have the conversation between gentrification versus revitalization,” Bolden said.

One change he’s excited about is the new social district known as “The Bullpen.”

“I think part of moving Durham in a new direction is creating some fun, some vibrancy, especially at nighttime. And because Durham is we're here, we are comparable to other growing cities,” Bolden said.

The social district is a designated area where people can walk around with alcoholic drinks from 11 a.m. to 10 p.m., every day of the week. They can also take those drinks into other businesses that have a special sticker on their window.

Bolden has heard some concerns about the social district but wants people to see it as a positive addition.

“I think people should just remember that any fears that they're afraid, there could be crazy drinking or this could be some crazy party, we don't want that for our city. We want this to be a fun, vibrant spot,” Bolden said.

As a way to celebrate The Bullpen, Bolden is making some changes to his business.

“For us, we’re going to extend our hours on Fridays and Saturdays, and we're going to bring back live music entertainment,” Bolden said. “An eight week series of live music, so a limited series during the holidays to say, ‘Hey, this is our gift to Durham.’ To say thank you for supporting us during the pandemic as we get ready to turn 13 years old on December 9th. So, yeah, this is for us is perfect for a serendipitous.”

Bolden sees this as an opportunity to embrace something new that could help Durham prosper.

If you order a drink to carry around the social district, you’ll be given a specially marked cup.

North Carolina already has about a dozen social districts, including in Charlotte, Raleigh, Greenville and Greensboro.