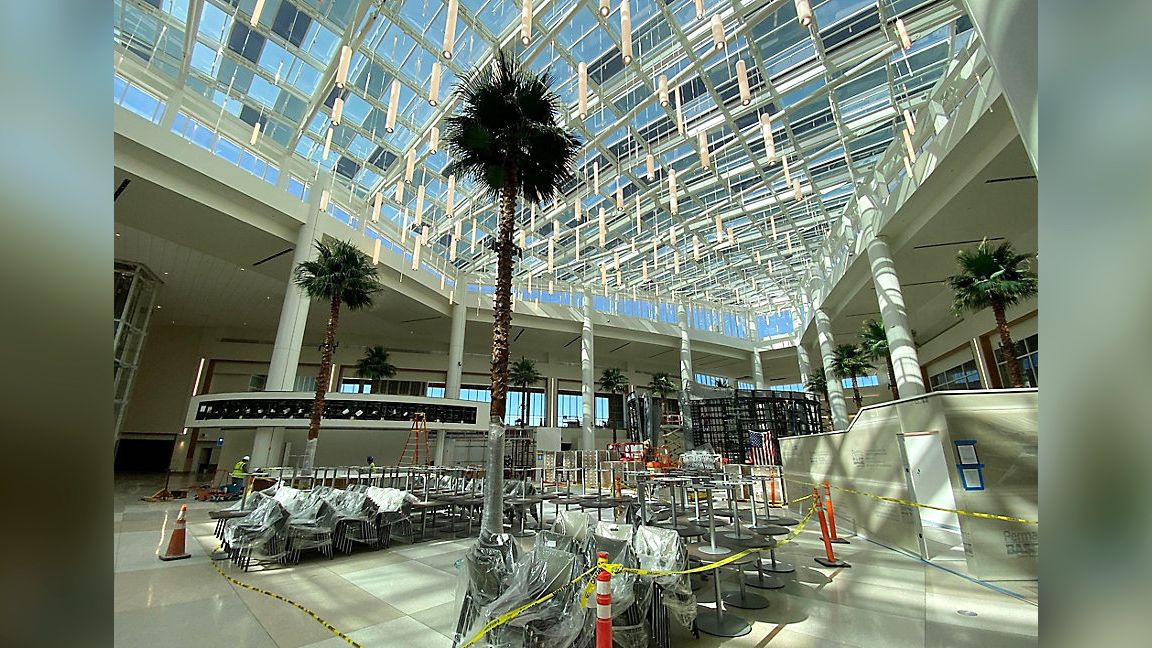 
The airport will officially open Terminal C to international and domestic operations in two weeks, allowing more people to travel through one of the busiest airports in the world.

It's expected to increase the number of people traveling through MCO by 60 million people annually.

"Actually, I find this is one of the easiest airports to navigate," said Sandra Pappas, who has been flying out of MCO for years.

She lives in Central Florida, and since this is home, she's familiar with finding her way around the airport.

"I frequently fly into bigger airports. I really like how they take care of all the guests and people who are coming to Orlando for the entertainment aspect of this city," she said.

With plenty of new options for passengers hitting the skies, the terminal area will feature a nursing station and dog relief area, in addition to other upgrades.

It will also have it's own automated TSA checkpoint to hopefully keep lines and crowds to a minimum, along with facial recognition at each gate.

“TSA security bins are automated, so when you take off your shoes and put materials into the bins – you can just push those forward and move right into the body scanners – you don’t have to wait for someone in front of you who might still be gathering up their items," Greater Orlando Aviation Authoirty CEO Kevin Thibault told Spectrum News.

Pappas says she hardly ever has any issues traveling in or out of Orlando.

She appreciates that, but she's also experienced those times when lines seem to go on forever.

It's why she's hopeful the airport's latest project will further enhance the overall traveling experience.

"I'm actually excited for Terminal C because I sometimes find that the crowds getting through security are quite large," she said. "And hopefully, there's more security to go through so it's not as slow, which it can sometimes be. Not all the time, but it can be slow."

With 15 new gates, 12 million people are expected to use Terminal C, measuring 1.8 million square feet in size. The new terminal can also accomated up to 20 planes.

The new terminal will open over a two-week period.