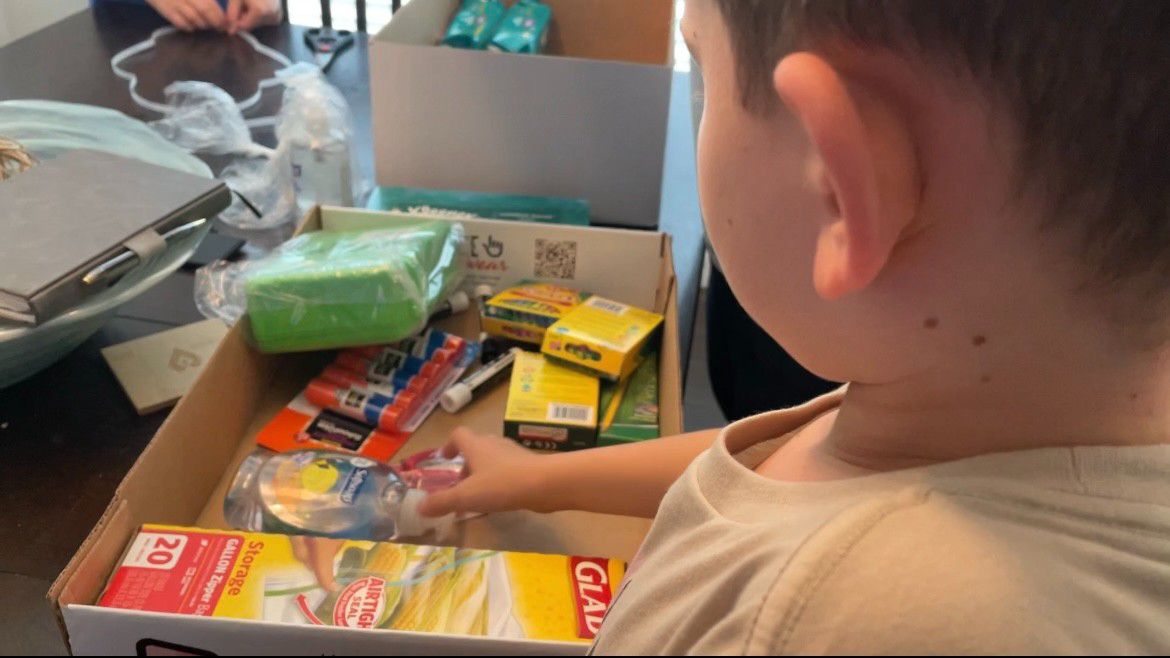 WINTER GARDEN, Fl.—It’s back to school season for students across Central Florida.

For many district employees who recevied a small raise this year, it’s only a drop in the bucket as they try to make ends meet. Many have already picked up things on the side to pay the bills.

Inside the Tarantur home, you’ll find a gym turned into an office, and a super dad turned real estate agent. Ben Tarantur walks on the treadmill while closing deals on his laptop. Just recently, he helped a Vietnam veteran close on his very first home. It’s a deal you can see he takes a lot of pride in.

“The wife was in the background in tears, excited at the fact they’re finally purchasing a house,” he said, while marching on the treadmill.

He does all of this while training for the New York City marathon. It’s hard to believe that all of this, including the real estate, is a side gig.

Tarantur works for the Orange County School District. Throughout the years, he’s seen his wife climb the corporate ladder, and the corporate pay scale.

“I had no ability to make that kind of jump in education. I can’t just switch schools, and make that much more additional money,” he said.

So, he found his new way to make more money, and he’s not alone. According to research by the Teacher Salary Project, 82% of educators they surveyed reported currently or previously having worked a second job. Now, with inflation, it’s even harder to put food on the table.

After years of being in the classroom, Ben now works for the district coordinating tech school programs. But he can recall when he took up driving for Uber to pay for daycare. He’d work long nights, and sometimes his former students ended up in his back seat after a night out.

According to the National Education Association, the average teacher salary in Florida was just over $51,000 last year, ranking our state 48th in the nation for pay.

For Ben, the days of driving are over as real estate has given his family more financial freedom. Now, he’s happily paying for family vacations, new toys, and this year’s school supplies.

“Part of working multiple jobs, working education and working real estate, has given us an opportunity where we’re not concerned with our day-to-day bills anymore,” he said.

The changes mean more to do, more to learn, and definitely more work. But he’s willing to do it to provide more for his family.