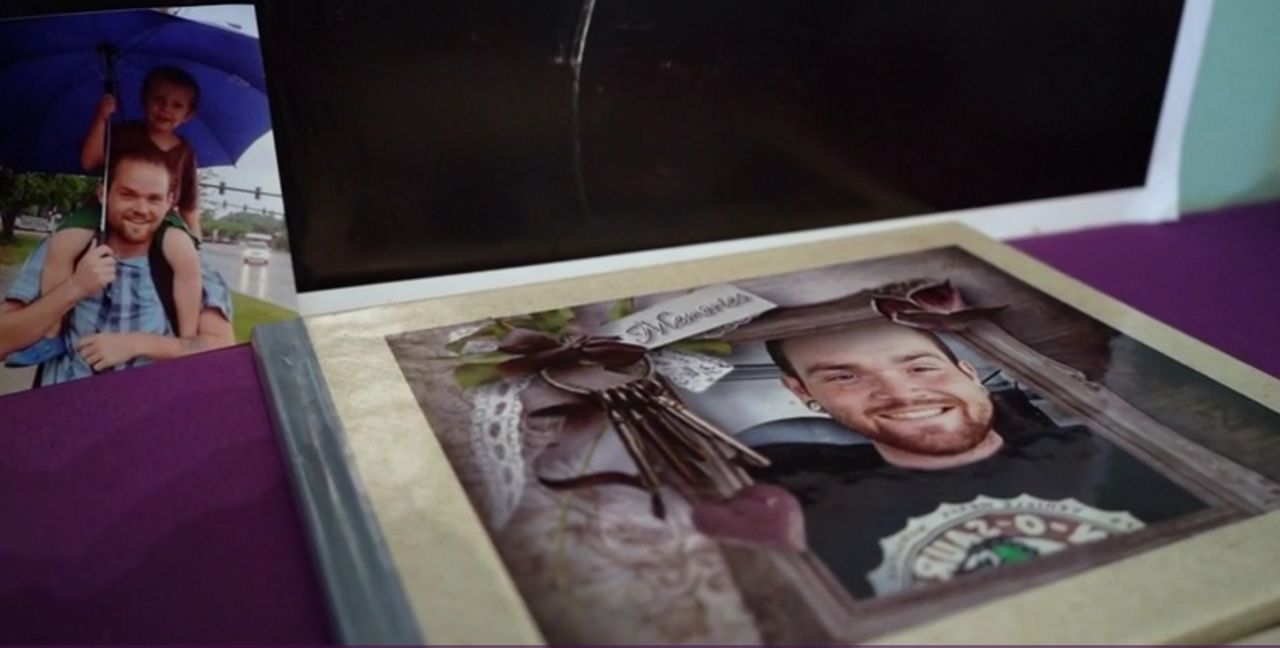 Stephanie Smith's son Tyler died of a Fentanyl overdose in 2019

Volusia County is getting $10 million to help in the opioid battle. It’s part of a big settlement with the state of Florida and several pharmacy chains like CVS and Walgreens.

This money works to help fight a growing problem. In 2020, Volusia County deputies tracked 97 overdose deaths. The following year, that number jumped to 330. This year, the county is currently tracking 129 deaths in the first five months.

The Spectrum News 13 Watchdog team went along as a specialized drug task force targeted dealers pushing their product on the streets of DeLand. Volusia County Sheriff Mike Chitwood wants to use some of the $10.2 million settlement money to keep these kinds of solutions going. He says that these programs help slow the opioid crisis.

Same fight different tool- the @VolusiaSheriff office combats overdose deaths through operations allowing detectives to arrest drug dealers. Our #Watchdog team there for a recent drug round-up. The sheriff wants to use settlement funds to continue these types of operations. pic.twitter.com/wFbBQfzraL

But these street sweeps are not the sole solution.

Volusia County mom, Stephanie Smith, knows the realities of the opioid crisis. She lives it and believes people need the funds to help save lives.

“Let's get this in the bag,” Stephanie Smith said as she loads up a bag with boxes of the overdose reversal drug Narcan.

She has been working to end drug overdoses for about three years now. She has a passion for going into the heart of Volusia County communities, like Deltona, to hand out those free boxes.

Her mission is to save lives, ultimately reducing the rising number of overdose deaths in Volusia County, which the sheriff tells us is up 20 percent.

While help to combat the opioid problem is on the way, a Volusia County mom is finding her own way to help prevent overdose deaths. She is giving out boxes of the overdose reversal drug Narcan, paying homage to the one life she couldn’t save. pic.twitter.com/Kw33S1vLs5

“I think everybody deserves a second chance,” Smith said.

She understands the reality of drug dependence. She struggled with drugs in the past, overdosing on heroin.

“It affected me greatly. I sobered up after that I had a second chance at life,” Smith said.

That was over 10 years ago. She’s been fighting ever since. Today, her focus was getting Narcan into as many hands as possible.

It’s a mother’s love fueling that passion. Stephanie shares she couldn’t save her 24-year-old son, Tyler.

“March 31, 2019, my son died of a fentanyl overdose. He was taken from me and he didn’t have Narcan to save him, and if he had the Narcan there, he would have lived,” Smith said.

“Oh God, three years, and it’s still very fresh. It’s like a knife tearing your soul out,” she said about how she feels about her son’s passing.

A mother’s grief and pain giving way to hope and help for others.

“I feel that if I hand those boxes of Narcan that he didn’t die in vain that his death wasn’t for nothing, I’m saving a life for him,” Smith said.

But she is not alone in this fight.

This street battle was a little different from Stephanie’s. The Volusia County Sheriff’s Office, along with the DeLand Police Department, and the Deltona Narcotics Enforcement Team are working together launching special drug operations targeting dealers.

Our watchdog team captured video during a recent warrant round up. It is part of “Operation Friendly Way” Deputies and officers made arrests and seized drugs.

Volusia County Sheriff Mike Chitwood says this is where the $10 million comes into play. He says the state opioid settlement with big pharmacy companies could continue these types of operations, and also research other ways they can fight the drug problem.

“We are going to get together with a steering committee and look not only in the state of Florida but lets look nationally and internationally. We are getting a little bit of money here. What are the best practices? How do you break this cycle?” Chitwood said.

Volusia County leaders say a special advisory board has reviewed programs and services in the community to help combat the opioid problem. That board will make recommendations to the county council on how those funds should be best used. The County Council will have final approval on how those funds will be used.