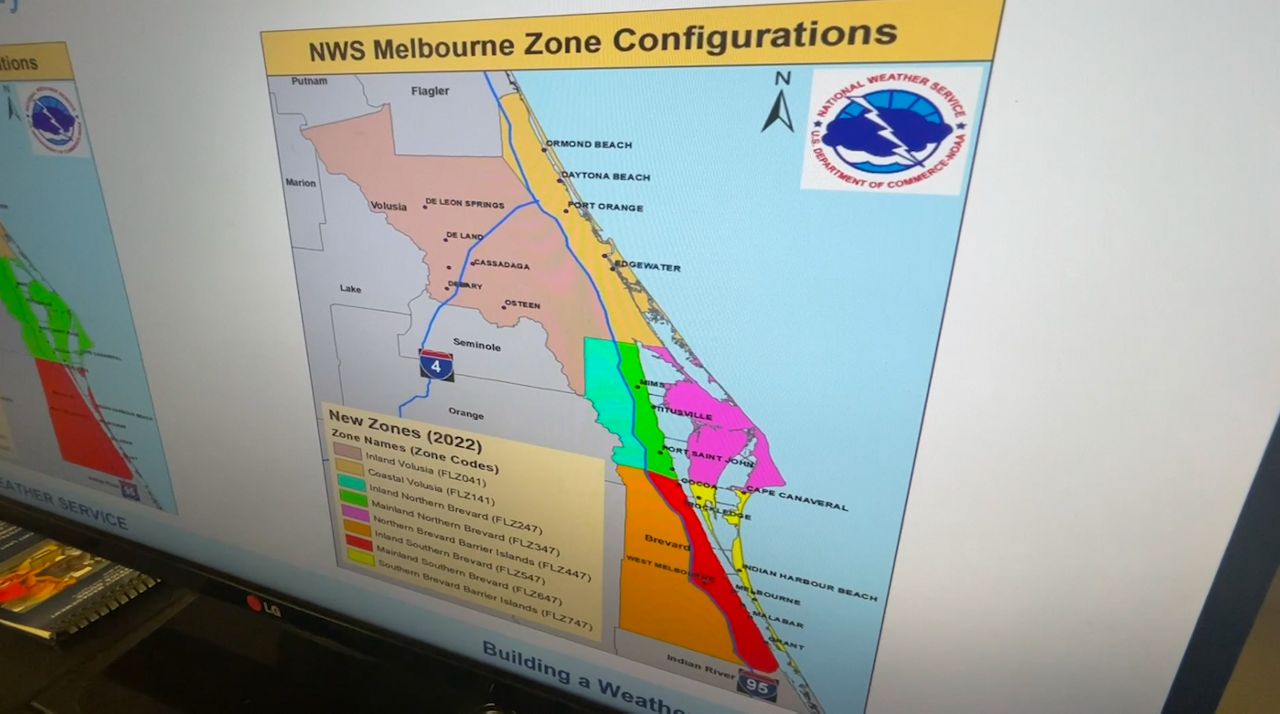 Instead of issuing storm warnings for two zones (north and south), Brevard County is now broken up into six zones, allowing for more accurate reports to smaller areas.

Brevard Emergency Management Director John Scott said the new map will help residents get more precise information to keep them safe, emphasizing that conditions can be very different on barrier islands, the coast, and the mainland.

Brevard County is 72 miles long, with three rivers and an ocean.

“They’re going to allow them to make better decisions for their safety, and understand the risk they face,” Scott said.

A decision and system resident Paul Bodnaryk is glad they put in place. Bodnaryk bought his home two years ago, equipped with hurricane shutters. Thankfully, he hasn’t had to use them yet, but with the new zones, he’ll be better prepared to know if, and when, they might come in handy.

“It sounds like a good system. Alert people that are affected and not everybody else,” he said. “Nobody wants to get caught off guard.”